HONG KONG (Reuters) – Shares of ZTE Corp and its American business partners took a hit on Tuesday after the U.S. Senate’s passage of a defense bill set up a potential battle with the White House over whether the Chinese telecoms firm can resume business with U.S. suppliers.

The 85-10 bipartisan vote marked one of the few times the Republican-led Senate has veered from White House policy and came on the same day that U.S. President Donald Trump threatened to impose a 10 percent tariff on $200 billion of Chinese goods, escalating tensions between the world’s two biggest economies.

Trump is expected to lobby hard against the amendment to the National Defense Authorization Act (NDAA), and before it can become law the bill must be reconciled with one passed by the U.S. House of Representatives that does not include the amendment.

Any compromise measure must then be passed by both chambers and signed into law by Trump, a series of hurdles that has Asia-based analysts predicting ZTE will get eventually get its reprieve.

“The NDAA is not really a reversal of the ZTE deal, but will in all probability prolong the ban-lifting process for ZTE,” said Nikhil Batra, a senior research manager with industry consultancy IDC.

ZTE’s Hong Kong-listed shares tumbled as much as 27 percent to HK$9.56, their lowest level in nearly two years, before ending the day down 25 percent. Its Shenzhen shares fell by their daily limit of 10 percent.

The stock has lost around 38 percent, or more than $7.4 billion in market value, since trading resumed last week following a suspension in mid-April when the sanctions were announced.

“The longer it goes by without the ban being lifted, the more uncertain and damaging it is,” said Jefferies analyst Edison Lee.

FILE PHOTO: The inside of a ZTE smart phone is pictured in this illustration taken April 17, 2018. REUTERS/Carlo Allegri/Illustration/File Photo

The damage to stocks spread further when U.S. trading opened on Tuesday, with shares of more than half a dozen companies doing business with ZTE dropping by between 1.5 percent and 5 percent.

Other stocks dropping on the development included Lumentum Holdings Inc, down 5 percent; Xilinx Inc, down 2.4 percent; Finisar Corp, off 2.1 percent; Analog Devices Inc, down 2 percent; and Qualcomm Inc, down 1.6 percent.

Acacia has been the hardest hit among suppliers since ZTE was slapped with a seven-year ban barring U.S. suppliers selling to it after it broke an agreement to discipline executives who conspired to evade U.S. sanctions on Iran and North Korea.

Acacia’s stock is off 16 percent since mid-April, lagging a nearly 8 percent gain by the Nasdaq Composite Index., and about 14 percent of its shares outstanding are now sold short by traders betting on further declines. 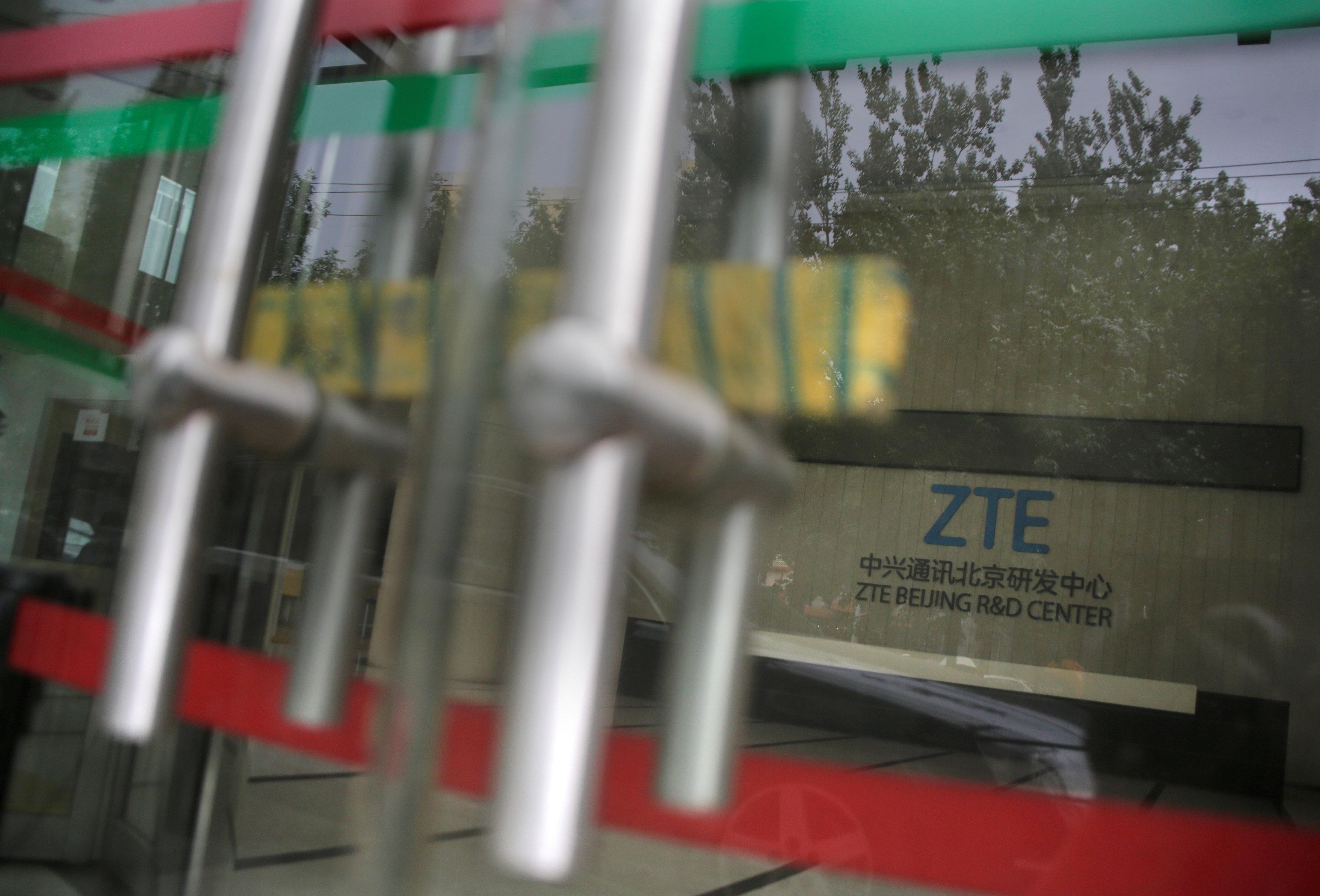 At Trump’s urging, ZTE and the U.S. Commerce Department had reached an agreement on June 7 to have the supplier ban, which has prevented ZTE from buying the U.S. components it relies on to make smartphones and other devices, lifted.

According to the agreement, the ban would only be lifted after ZTE pays a $1 billion fine and puts another $400 million in escrow in a U.S.-approved bank for 10 years. It was also ordered to overhaul its management.

Last Wednesday, ZTE proposed a $10.7 billion financing plan and nominated eight board members as it seeks to rebuild its business.