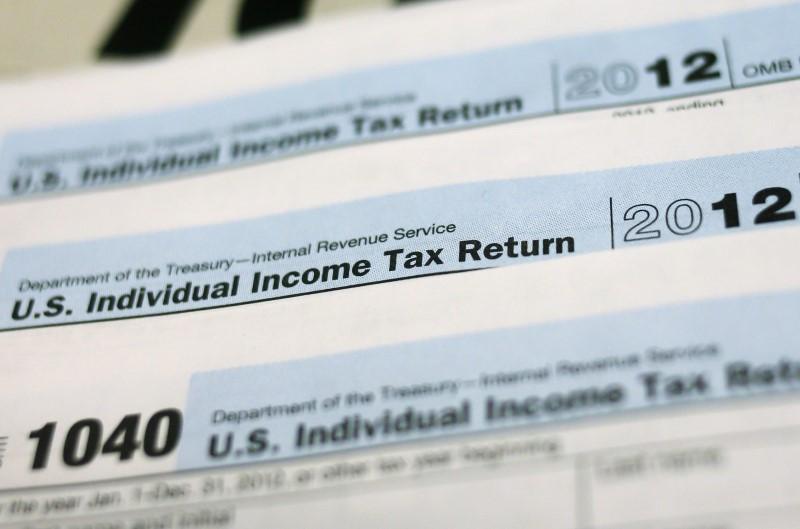 NEW YORK (Reuters) – Get a big check from a wealthy great aunt every year for your birthday? Parents buying you a car? Grandparents paying for private school tuition?

How generous they are could be changing very soon.

When somebody gives a big cash gift, the U.S. Internal Revenue Service wants a cut of it. This year, the IRS adjusted the annual limit that escapes taxation, upping it to $15,000 from $14,000.

A more important change that came with the new tax rules: the estate tax limit doubled in 2018 to $11 million per person from $5.49 million.

That boost in giving potential could make people change their behavior, but, as always, family dynamics make things tricky.

One strategy for those who were over the previous estate limit was to give away money on a yearly basis so they did not owe taxes when they died. With the new rules, couples with less than $22 million do not have to worry about parceling out annual gifts and may choose more long-term giving strategies.

Some may also choose to structure large gifts as loans, and then simply forgive the loan over time up to the annual $15,000 amount, said Marc Bloostein, an estate lawyer who is a partner at Ropes & Gray in Boston. Bloostein cautioned that the key to this is good record-keeping.

Those giving away money now simply to be generous will likely keep giving at the $15,000 amount annually, said Mark Smith, a certified financial planner at Vision Wealth Planning in Richmond, Virginia.

A security camera hangs near a corner of the U.S. Internal Revenue Service (IRS) building in Washington May 27, 2015. REUTERS/Jonathan Ernst

The contributions can add up. Bloostein works with couples who give combined cash gifts to more than 12 family members. “When they give out $30,000 to each one, that’s a huge amount,” he said.

Gift recipients sometimes become dependent on the cash influx, so if the givers change strategy, it could be a rude awakening. But wealthy families may still be interested in reducing their estates because some states have much lower estate tax limits, such as $1 million in Massachusetts.

The older generation also makes a lot of additional payments directly to private schools, colleges and healthcare providers. These skirt the annual limits and do not count as gifts.

But be careful with this approach if there is big disparity in income between grandparents and parents filling out financial aid forms, because the gifts could lower awards. A smarter strategy may be to have grandparents chip in junior year of college, or to pay off loans after graduation, said financial aid consultant Kalman Chany, president of Campus Consultants Inc in New York.

More complications arise when real assets are involved, like a house or a car. Morris Armstrong, a registered investment adviser and enrolled agent tax accountant in Danbury, Connecticut, had an unmarried couple file a gift tax return when they bought a house together – one put up $150,000, but the other was included on the deed.

Sometimes generosity has a darker side, when gifts are used as a means of control, or to assuage guilt, Armstrong noted.

“If kids run into debt, parents sometimes feel a sense of failure, and they are bailing kids out to their own detriment,” Armstrong said.

Financial professionals caution that even if you do not owe tax, it is best to file the proper gift tax forms at the time of the gift. Bloostein has seen a number of situations where gifts had to reconciled during the estate settlement process, and taxes paid.

While the IRS might not catch up with you right away, they will eventually. “It’s not unusual for them to audit an estate tax return,” Bloostein said.

Even when lower estate limits were in force, only 2,700 people owed gift tax in 2016, the last year of data available from the IRS. Most gave away more than $1 million. The other 200,000 gift tax returns owed no tax; the filers were simply reporting the transactions and counting them against their lifetime exclusion amount.