The victory for the billionaire investors puts the Japanese company further on the back foot in any new negotiations with Xerox, although it is by no means out of contention as Xerox is now expected to go up for sale in an auction at a higher price.

Xerox said that it had over several weeks repeatedly asked Fujifilm to immediately start talks about improved terms for a proposed transaction.

“Despite our insistence, Fujifilm provided no assurance that it will do so within an acceptable timeframe,” the U.S. firm said in a statement on its decision to drop the deal.

Fujifilm was quick to take a combative stance, saying it disputes Xerox’s right to terminate the deal and would look at all options including legal action seeking damages.

The two companies agreed in January to a complex deal that would have merged Xerox into their Asia joint venture Fuji Xerox and given Fujifilm control. That prompted Icahn and Deason, who own 15 percent of Xerox and argued the U.S. firm was being undervalued, to launch a proxy fight.

The activist investors have also said they are unhappy with the current structure of the joint venture, and settlement creates uncertainty concerning potential changes to a business that accounts for nearly half of Fujifilm’s revenue.

Icahn and Deason have said they believe other investors are “waiting in the wings” for Xerox while people familiar with the matter have previously said that buyout firm Apollo Global Management LLC (APO.N) has expressed interest in a bid for Xerox.

But analysts believe the two firms are inextricably intertwined and that Fujifilm is not without bargaining power, while also doubting that talk of other buyers is that substantial. 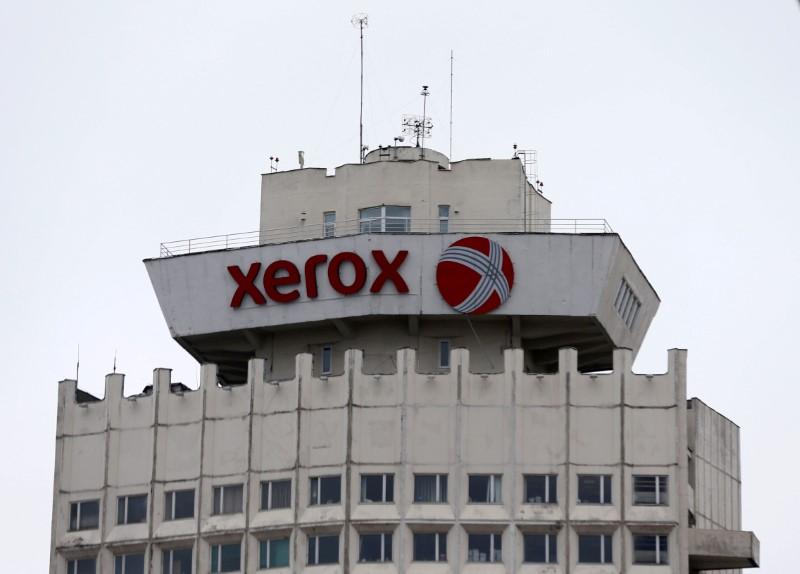 “It wouldn’t be good if it goes elsewhere. But are there really other potential buyers? Icahn and Deason say there are, because they want a higher price, but you don’t really know whether that’s for real,” said Ichiyoshi Asset Management senior executive officer Mitsushige Akino.

Fuji Xerox, 75 percent owned by Fujifilm, handles contracts that supply global clients with Xerox services in the United States and Europe, and Fuji Xerox services in Asia. Moreover, Xerox no longer builds its own office copiers, instead relying mostly on Fuji Xerox.

Xerox said its new board would meet immediately and “begin a process to evaluate all strategic alternatives to maximize shareholder value.”

Icahn and Deason have said they would consider an all-cash bid of at least $40 per share. In contrast to the investors’ argument that Fujifilm is only offering $28 per share, analysts have said the Japanese firm’s offer is not too far off that per share valuation, albeit not in cash.

The settlement will see Chief Executive Officer Jeff Jacobson – the main architect of the deal with Fujifilm – as well as five other directors step down. John Visentin is expected to take the helm.

Visentin had previously been hired by Icahn to assist in fighting Xerox. He had also been a candidate under consideration by the old board to replace Jacobson as recently as last year, according to court documents.

It is Xerox’s second settlement with the activist investors in just two weeks. The first settlement agreement was allowed to expire as Xerox came to believe it had flexibility to renegotiate a deal with Fujifilm and also took into account a stock dive that followed the agreement.

“We are extremely pleased that Xerox finally terminated the ill-advised scheme to cede control of the company to Fujifilm,” Icahn said in a statement.

Xerox also said it was ending the deal partly because Fujifilm had failed to provide audited financial information for Fuji Xerox by an April 15 deadline and that there were “material deviations” between audited Fuji Xerox financial statements and unaudited statements provided previously.