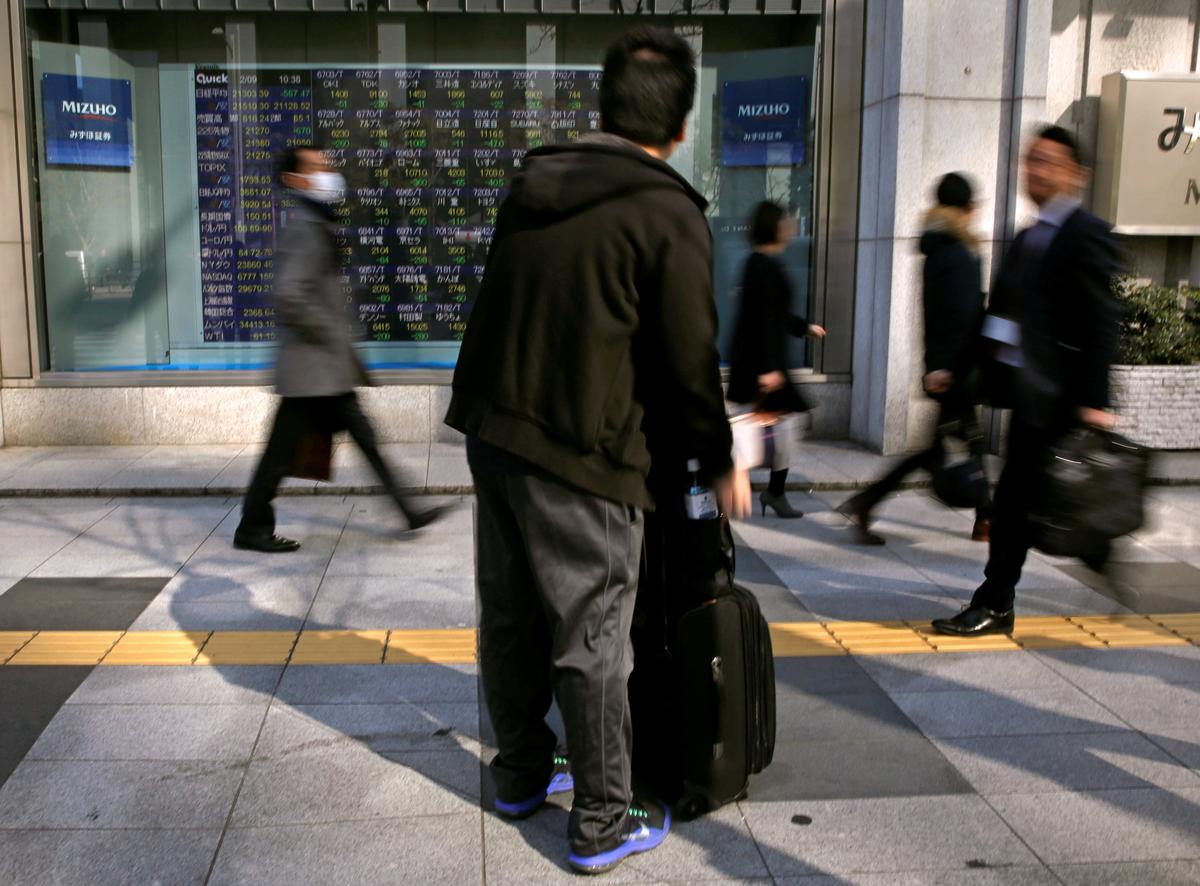 LONDON (Reuters) – Stocks, bond yields and commodities steamed higher on Thursday while the dollar tumbled, as investors suddenly seemed to forget the inflation fears blamed for a brutal market sell-off in recent weeks.

Economists were struggling to explain the turnaround except for the argument that historically it’s not unusual for stocks and bond market borrowing costs to rise in tandem with a rapidly expanding economy.

Some just blamed the weather and time of year. They speculated that strong U.S. inflation data on Wednesday that many had predicted could reignite the rout was probably distorted. They also said the looming Chinese New Year may have caused Asian traders to square up.

Whatever the reason, the animal spirits were back.

“For me it’s a clear indication that inflation is not as big a threat as people made it out to be over the past couple of weeks,” said Lukas Daalder, chief investment officer at Robeco in Rotterdam.

“The trend behind the market is still very strongly pointed upwards,” he added. “2017 was a very momentum-driven market, and if that’s still the case, which after yesterday it appears to be, then we will probably see new highs before too long.”

Just as big a puzzle as the rebound in stocks sentiment was the break down in correlation between rising U.S. bond yields and dollar.

The dollar tumbled though across the board, including to a 15-month low against the yen of 106.18 yen as worries about the U.S. government’s finances seemed to set again after a White House-led spending splurge and recent corporate tax cuts.

“The story I hear most frequently from people is it’s the re-emergence of the twin deficits,” said RBC Capital Markets head of currency strategy Adam Cole, in London, of the dollar’s persistent weakness.

“There seem to be concerns on the U.S. fiscal position and what that implies for the current account.”

Volatility shrank back rapidly too. The VIX index .VIX – Wall Street’s “fear gauge” and a measure of market volatility – fell all the way back to 18, less than half the 50-point peak touched last week.

The dollar’s weakness also lifted emerging markets and commodities though there were idiosyncratic stories in play too.

The South African rand ZAR=D3 traded at 11.73 per dollar and near a 2-1/2-year high of 11.66 set overnight after the country’s ruling African National Congress (ANC) said it would proceed with a vote to remove President Jacob Zuma from office.

Brent crude futures LCOc1 shot up over 1 percent meanwhile to $65.06 per barrel before losing some of its momentum.

While the greenback was a big factor as oil is priced in it, the gains also came after a surge the previous day triggered by supply data and comments for Saudi Arabia’s Energy Minister that major oil producers would prefer tighter markets than end supply cuts too early. [O/R]