LONDON (Reuters) – Global stocks tumbled to one-week lows on Wednesday, as declines by long-dated U.S. bond yields and a renewal of trade concerns stoked fears of a downturn in the United States, the world’s largest economy.

U.S. markets are closed to mark former President George H.W. Bush’s death, but the effect of Wall Street’s turmoil in the previous session, when New York-listed shares tumbled more than 3 percent, was felt in Asia and Europe.

Tuesday’s declines came just a day after an equity surge driven by optimism that China and the United States would sort out their trade dispute. Then President Donald Trump threatened “major tariffs” on Chinese imports if his administration failed to reach an effective trade deal with Beijing.

“As I look into next year, most expectations for further gains have been pared back. Investors have gone from extended bullishness at the start of the year on equities to an uncomfortable neutrality,” said Paul O’Connor, head of multi-asset at Janus Henderson.

But European losses were trimmed as the session continued, with a pan-European index down 0.75 percent by 1145 GMT compared with falls of over one percent earlier.

Global equities have been shaken by fears of a recession, fanned by the flattening U.S. Treasury yield curve — a phenomenon in which longer-dated debt yields fall faster than their shorter-dated counterparts.

Such an inversion of two-year and 10-year yields, when 10-year bonds yield less than their two-year debt, has preceded every U.S. recession in the past 50 years.

“The market decline in the U.S. overnight and the flattening of the yield curve reflect that economic growth momentum is taking over as the primary concern for investors,” Tai Hui, a strategist at J.P. Morgan Asset Management told clients.

So far, 10-year yields are clinging to an 11-basis-point margin over the two-year, although it was the smallest one in over a decade US2US10=RR. 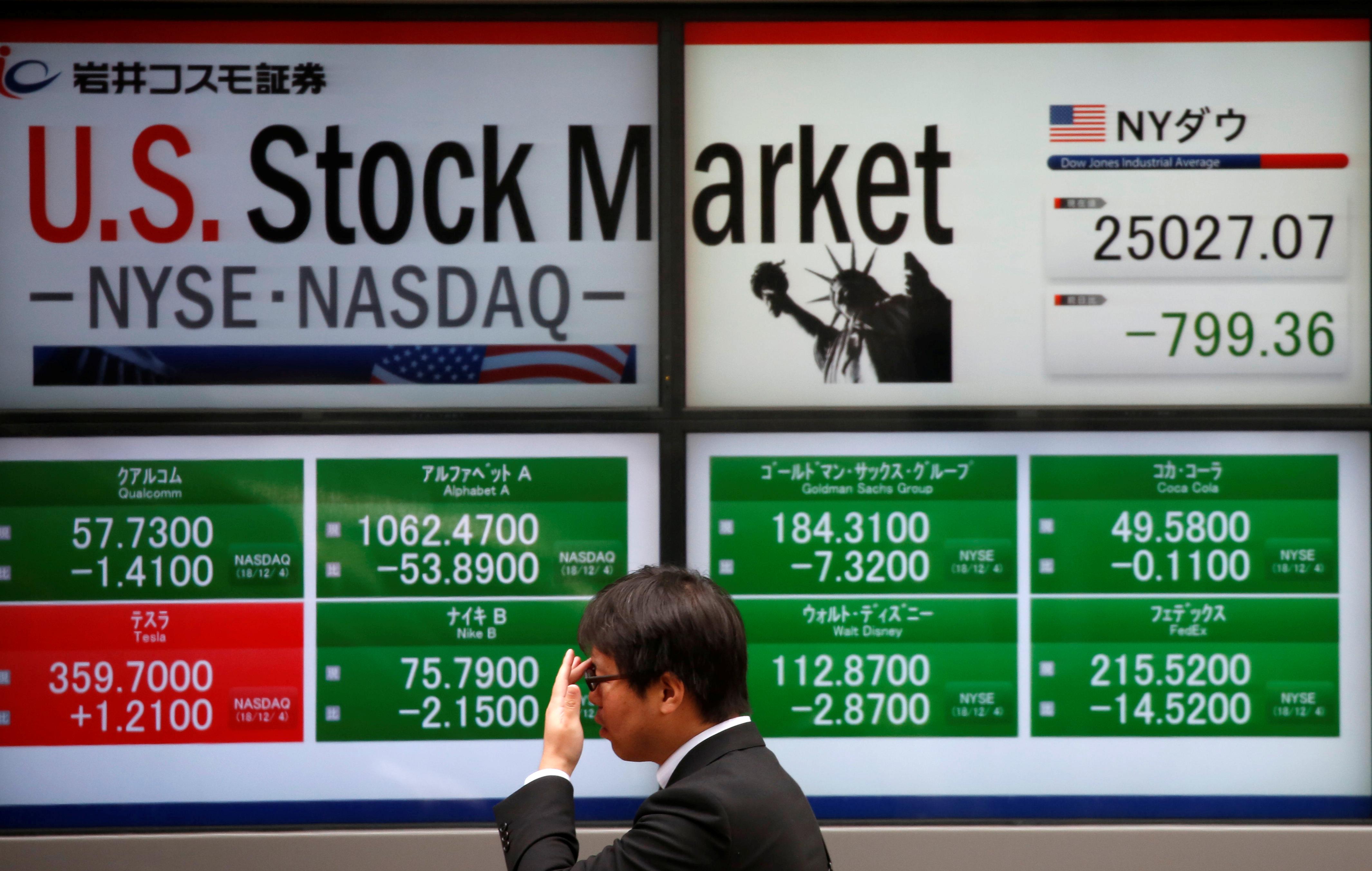 The flattening of the curve gained momentum after last week’s signal by the Federal Reserve that it may be nearing an end to its three-year rate-increase cycle. It has spread to the euro zone, where the German 2-10 yield curve hit its flattest since mid-2017 at 85.70 basis points.

Italian bonds extended their rally, with two-year yields falling 10 bps to 4 1/2-month lows IT2YT=RR after a cabinet official raised hopes that the government could cut nearly four billion euros from its 2019 budget plans.

Markets are also bracing for more news on the Brexit front. British Prime Minister Theresa May suffered embarrassing defeats on Tuesday, the start of five days of parliamentary debate over her plans to leave the European Union.

Economists at JP Morgan reckon the odds of Britain staying in the EU have increased to 40 percent from 20 percent previously, after the European Court of Justice’s advocate general said Britain should be allowed to unilaterally revoke its departure notice.

The dollar has been undermined by the bond market moves and recession fears, but it has recovered from two-week lows against a basket of currencies .DXY to trade around 97, 0.10 percent lower on the day.

It rose 0.1 percent to 112.9 yen JPY= after losing 0.75 percent the previous day against the safe-haven Japanese currency.

The threat of slowing economic activity also weighed on oil prices, but Brent futures LCOc1 trimmed losses to stand 0.4 percent lower at $61.8 per barrel. It had earlier fallen more than 1 percent.