NEW YORK (Reuters) – World stocks fell for a third straight day on Friday on pessimism about global economic growth and trade tensions, putting them on track for their first weekly drop this year, while the U.S. dollar was on track for its biggest weekly gain since August.

MSCI’s gauge of stocks across the globe shed 0.60 percent on the day, and was set to fall for the week following six consecutive weekly increases.

Investors were digesting economic and trade developments from Thursday, when the European Commission sharply cut its forecast for euro zone growth this year and next and President Donald Trump said he did not plan to meet with Chinese President Xi Jinping before a March 1 deadline to achieve a trade deal.

Thursday’s trade developments “took off the table what the market was probably starting to price in, which was a resolution by March 1,” said Anthony Saglimbene, global market strategist at Ameriprise Financial in Troy, Michigan. “It just adds to the fact that investors want some of these trade tensions off the front pages, and it doesn’t look like we are going to get that.”

Stocks pared some losses after a White House spokeswoman said U.S.-China trade talks would resume next week in Beijing.

Adding to the dour mood, analysts now expect first-quarter earnings for S&P 500 companies to decline 0.1 percent from a year earlier, which would be the first such quarterly profit decline since 2016, according to IBES data from Refinitiv.

“The sentiment continues to be investor anxiety about U.S.-China trade relations, the slowing global growth, and I think this week what is starting to really creep into investors’ anxiety is around corporate earnings,” said Michael Arone, chief investment strategist at State Street Global Advisors in Boston.

The dollar edged higher against a basket of currencies, keeping it on track for its strongest weekly gain in six months, as traders piled into the greenback in a safe-haven move on worries about a weakening global economy. 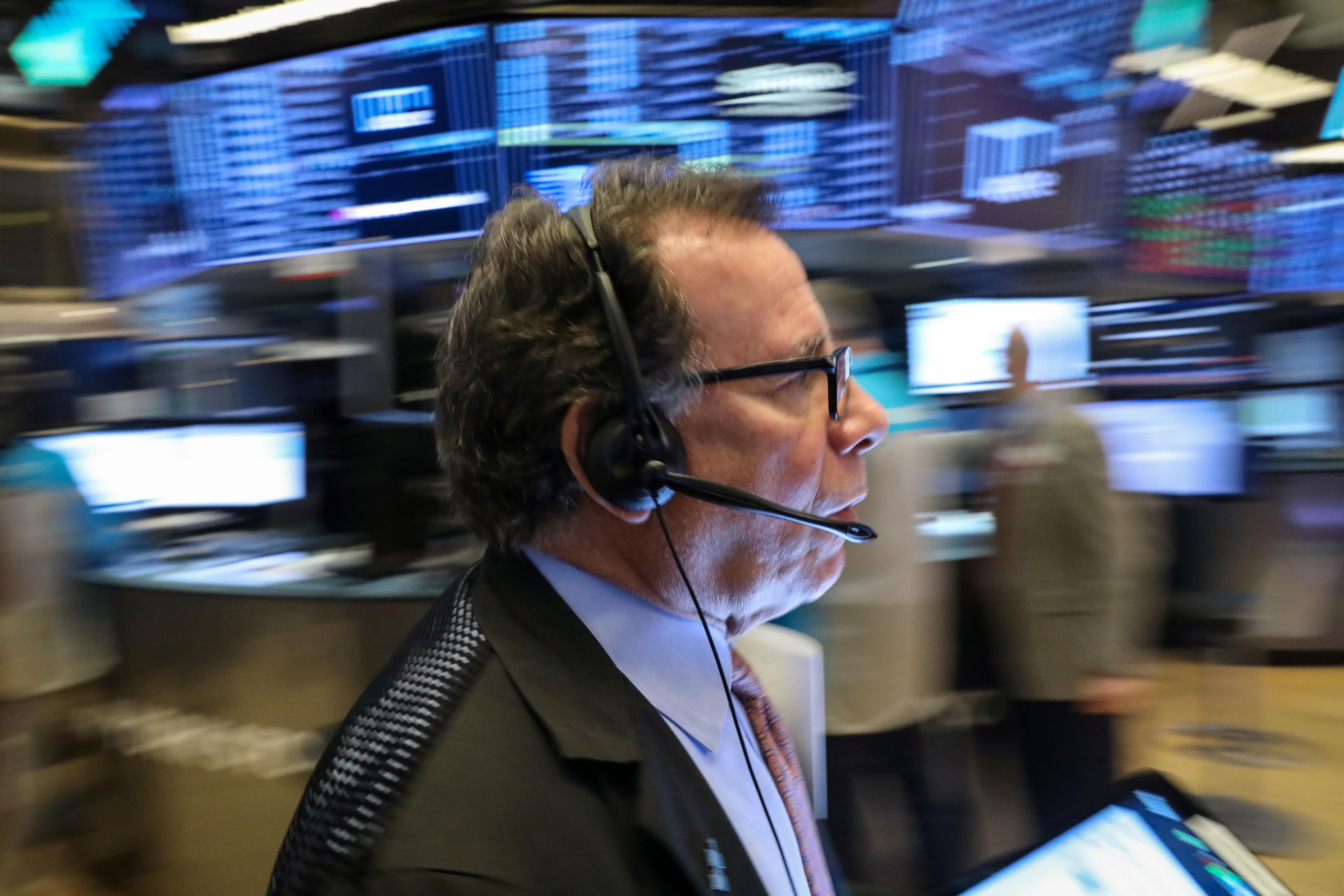 Oil prices were little changed on the day, but were heading for a weekly loss on renewed concerns about slowing global demand.

Additional reporting by Richard Leong in New York and Ritvik Carvalho in London; editing by Phil Berlowitz and Leslie Adler