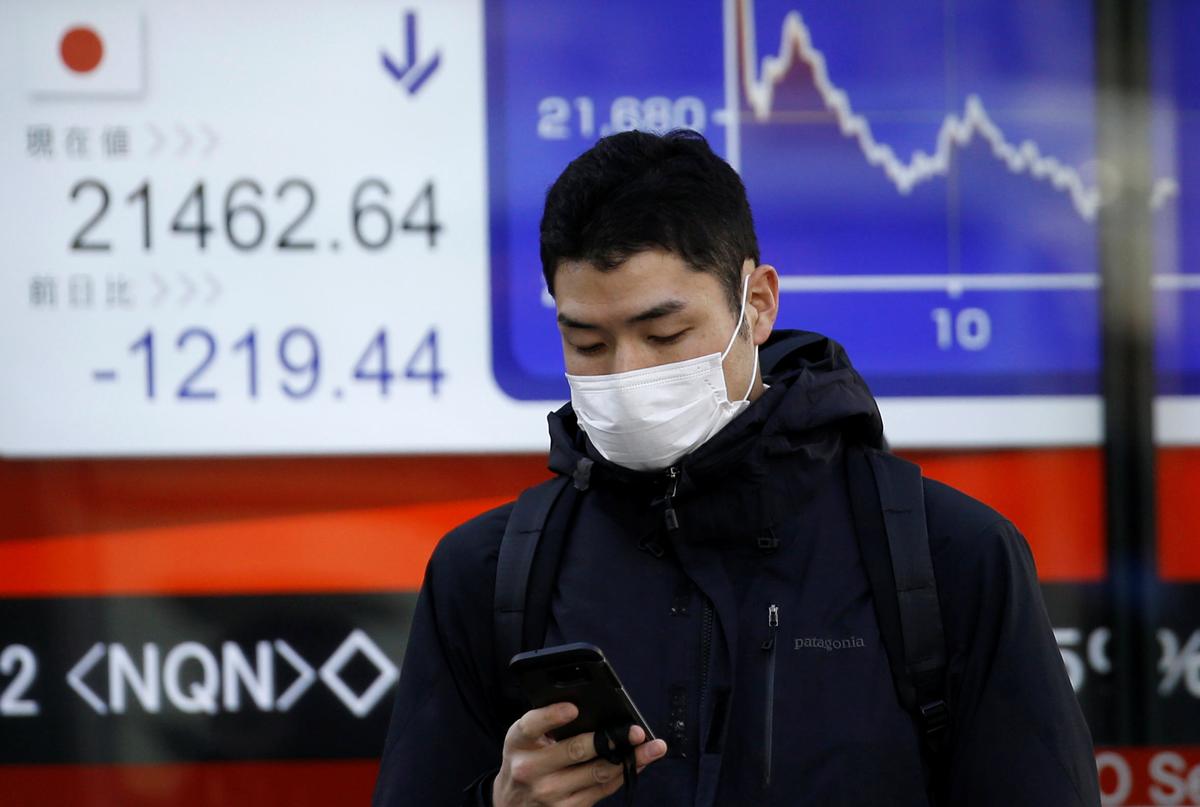 LONDON (Reuters) – World shares were set to post their best week of gains in six years on Friday after two consecutive weeks spent in the red, shrugging off a rise in global borrowing costs while the dollar hit its lowest level since 2014.

The MSCI world index of stocks, which tracks shares in 47 countries, was up 0.4 percent after European bourses opened. .MIWD00000PUS After suffering its biggest weekly drop since August 2015 last week, this week’s recovery puts the index on track for its best weekly showing since early December 2011.

The index has now reclaimed more than half of the 10.7 percent plunge from a record intraday high on Jan. 29 to a four-month intraday low a week ago.

Investors have been puzzled at this week’s quick rebound in stock markets, which has also coincided with a rise in bond yields on evidence that inflation is starting to creep up globally.

The argument most commonly offered by economists has been that historically, it’s not unusual for stocks and bond market borrowing costs to rise in tandem with a rapidly expanding economy.

“For me it’s really a question of maybe. Markets are taking a look at the inflationary outlook and saying OK, maybe rates are going up and maybe the economy will compensate for that,” said Michael Hewson, chief markets analyst at CMC Markets.

“That might change if we move to 3 percent on the 10-year (Treasury).”

Yields across the euro area were mostly steady, although Germany’s benchmark bund yield was within sight of 2-1/2 year highs and set for its biggest weekly rise in eight weeks. DE10YT=RR

Investors were also watching for a sovereign debt rating on Greece from Fitch Ratings, set for release later in the day.

European shares were set to chalk up healthy weekly gains, snapping a three-week losing streak as earnings updates continued to impress, and volatility and jitters over rising inflation eased. Among country benchmarks, the UK’s FTSE .FTSE was up 0.6 percent and Germany’s DAX .GDAXI added 0.8 percent, while Italy’s FTSE MIB .FTMIB outperformed, up 1.2 percent.

MSCI’s broadest index of Asia-Pacific shares outside Japan .MIAPJ0000PUS rose 0.4 percent, though many Asian markets were closed on Friday for the Lunar New year.

Japan’s Nikkei .N225 rose 1.2 percent, with investors relieved to see the government appoint Bank of Japan Governor Haruhiko Kuroda for another term, suggesting the central bank will be in no rush to dial back its massive stimulus program.

The pan-European benchmark is up 3 percent so far this week, set for its best week since December 2016, but still down around 6 percent from the 2-1/2-year peak it hit in January.

Some put the rebound in equities down to investors being reassured by a fall in the VIX .VIX index – a measure of implied volatility on the S&P 500 index, also known as Wall Street’s “fear gauge”. The index dropped below 20 for the first time since its spike to a 2-1/2-year high of 50.3 last week, a jump that caused massive losses among investors who bet equity markets would be stable on a combination of solid economic growth and moderate inflation.

DOLLAR IN THE DUMPS

Extending the previous day’s losses, the dollar’s index against a group of six major currencies fell to 88.253 .DXY, the lowest since December 2014. The index was on track to lose around 2 percent on the week in its largest decline since February 2016.

There is no strong consensus yet on what is driving the dollar’s persistent weakness, especially in light of rising yields. Some say it simply reflects a return of risk appetite and a shift to higher-yielding currencies, including many emerging market ones.

But others cite concerns that Washington might pursue a weak dollar strategy as well as talk that foreign central banks may be reallocating their reserves out of the dollar.

There are also worries President Donald Trump’s tax cuts and fiscal spending could stoke inflation and erode the value of the dollar.

“His protectionist policies could also fan inflation. Markets appear to have calmed down for now but fundamentally it is different from last year,” said Yoshinori Shigemi, global market strategist at JPMorgan Asset Management.

“You could say that right now, rather than stocks rising around the world, it is the dollar falling against almost everything,” he added.

Elsewhere, virtual currency bitcoin recovered the $10,000 mark for the first time in two weeks BTC=BTSP, gaining more than 70 percent from its near three-month low of $5,920.7.