LONDON (Reuters) – Global shares were having their best day in nearly a month on Friday as European and Asian markets recovered from a brutal selloff that still left them set for their worst week since February.

People walk past an electronic board showing Japan’s Nikkei average outside a brokerage in Tokyo, Japan, October 12, 2018. REUTERS/Toru Hanai

After a partial recovery in Asian shares overnight, European stocks opened higher, with the pan-European STOXX 600 up 0.9 percent on the day. [.EU]

S&P stock futures pointed to a rebound in U.S. stocks later in the day, while the VIX volatility index .VIX climbed down from an eight-month high.

The MSCI All-Country World index .MIWD00000PUS, which tracks shares in 47 countries, was up half a percent on the day.

“Some traders are cautiously buying back into the market today, but the underlying issues which brought about the sell-off are still relevant,” said David Madden, markets analyst at CMC Markets in London.

The biggest market shakeout since February has been blamed on a series of factors, including worries about the impact of a Sino-U.S. trade war, a spike in U.S. bond yields this week and caution ahead of earnings season.

Trade figures from China on Friday showed China’s trade surplus with the United States hit a record high in September, providing a likely source of contention with U.S. President Donald Trump over trade policies and the currency.

The data showed solid expansion in China’s overall imports and exports, suggesting little damage from the tit-for-tat tariffs with the United States. 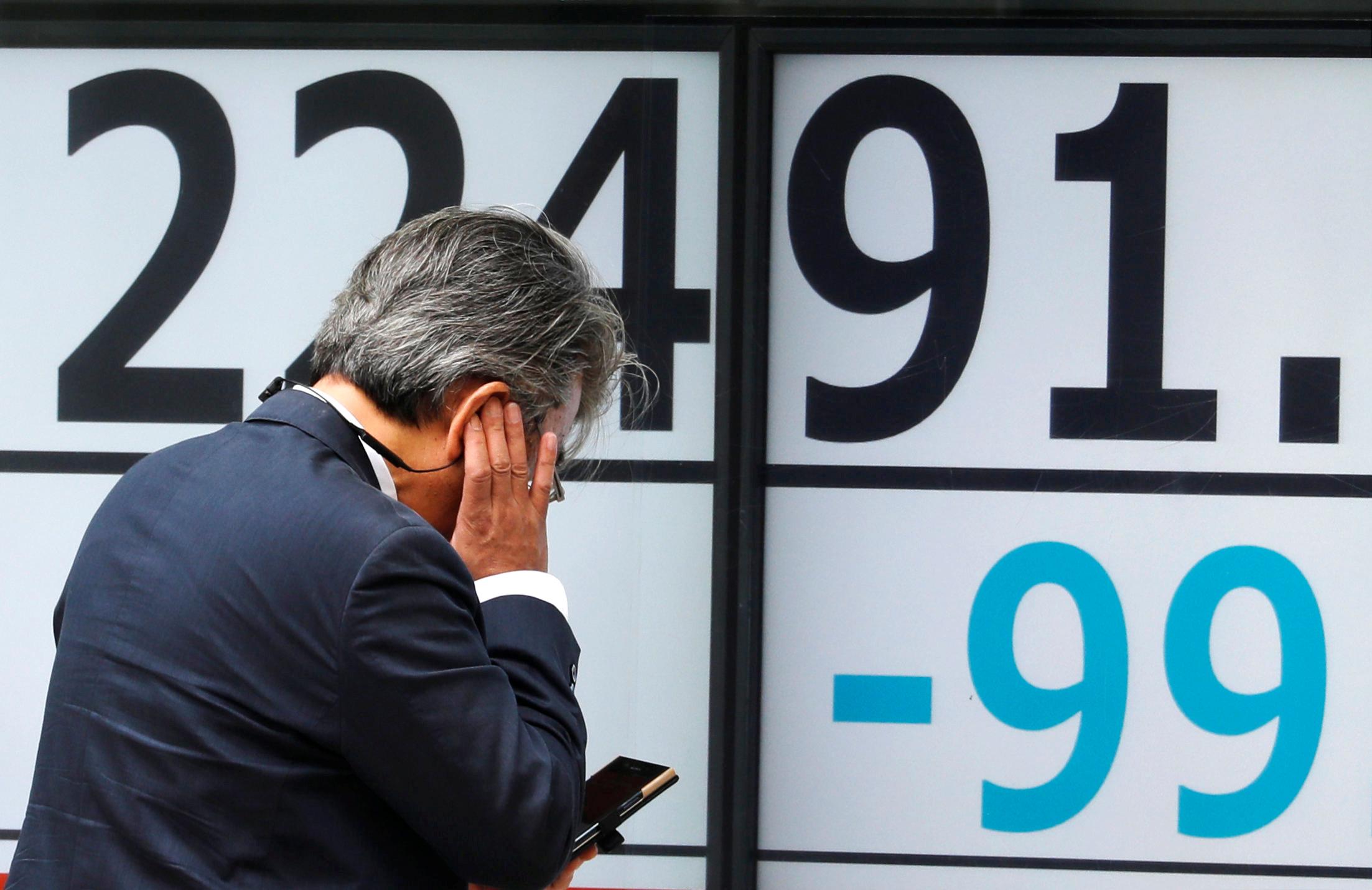 That added to bullish sentiment on Friday, Madden said, also noting the decision by U.S. Treasury staff to refrain from labeling China a currency manipulator as a positive for stocks.

But the bounce came after the index fell 3.6 percent on Thursday to hit a one-and-a-half-year low. On the week, it is still on track for a weekly loss of 3.6 percent.

So far this week, Chinese and U.S. shares are among the worst performers, a sign investor worries about the trade war are growing.

“We’re still left with the sense that there has been a significant shift that markets now have to take stock of,” said Chris Scicluna, head of economic research at Daiwa Capital Markets in London.

The yield on 10-year U.S. notes edged up in Europe to 3.170 percent US10YT=RR, reversing earlier falls on flight-to-quality bids.

It is still off its seven-year high of 3.261 percent touched on Tuesday, but a further rise in the U.S. borrowing costs could hurt risk sentiment.

“Asian stocks appeared to have stabilized, but ultimately where U.S. bond yields will settle down will be key,” said Teppei Ino, senior analyst at MUFG Bank.

Adding confusion for investors, Trump launched a second day of criticism of the Federal Reserve on Thursday, calling its interest rate increases a “ridiculous” policy.

While that does not appear to have shaken investor confidence in the Fed’s independence, some investors suspect expectations on future rate hikes could be undermined if Trump raises his threats levels.

“I doubt Trump will tolerate further rise in U.S. rates ahead of U.S. mid-term elections. I believe the rise in U.S. yields and the dollar’s rally are coming to a turning point,” said Naoki Iwami, fixed income chief investment officer at Whiz Partners in Tokyo.

The dollar lacked momentum against a basket of major currencies as U.S. bond yields stayed off recent peaks. The index which measures the greenback against a basket, traded within a tight range, last at 95.009. .DXY

The Chinese yuan weakened half a percent, giving up some of the gains it had made the previous day.

Oil prices bounced back on Friday.

Reporting by Ritvik Carvalho; additional reporting by Dhara Ranasinghe in London and Hideyuki Sano in Singapore; editing by Larry King