BUENOS AIRES (Reuters) – A summit of the world’s top economies will open on Friday with leaders struggling over fallout from a U.S.-China trade war that has roiled global markets and bracing for the kind of divisive geopolitical drama that President Donald Trump often brings to the international stage.

The two-day annual gathering will be a major test for the Group of 20 industrialized nations, whose leaders first met in 2008 to help rescue the global economy from the worst financial crisis in seven decades, but which now faces questions over its relevance to deal with the latest round of crises.

Overhanging the summit in Buenos Aires, the Argentine capital, is a bitter trade dispute between the United States and China, the world’s two largest economies, which have imposed tariffs on hundreds of billions of dollars of each other’s imports.

All eyes will be on a planned meeting between Trump and Chinese President Xi Jinping on Saturday to see whether they can find a way to calm the waters and make progress toward resolving differences that threaten the global economy.

On the eve of the summit, G20 member nations were still racing to reach agreement on major issues including trade, migration and climate change that in past years have been worked out well in advance. Those divisions have highlighted the fractures in the grouping.

In fact, Trump’s skepticism that global warming is caused by human activity has even raised questions about whether the countries will be able to reach enough consensus on the issue to include it in the summit’s final communique.

Further clouding the summit is the escalation of conflict between Russia and Ukraine – a topic that will be on many leaders’ minds when they see Russian President Vladimir Putin.

There are also questions about how to handle the awkward presence of Crown Prince Mohammed bin Salman. Saudi Arabia’s de facto ruler arrived under swirling controversy over the murder of Saudi journalist Jamal Khashoggi in the Saudi consulate in Istanbul in October.

Uncertainty prevailed about how Trump, known for his unpredictability, would behave at what was shaping up as one of the group’s most consequential summits.

Earlier this month, officials from countries attending a major Asia-Pacific summit failed to agree on a joint statement for the first time as the U.S. delegation, led by Vice President Mike Pence, clashed with China over trade and security.

In May, Trump rejected a statement by fellow leaders of the G7 industrialized economies after a tense gathering ended in acrimony, again over tariffs and trade.

Before heading for Buenos Aires on Thursday, Trump said he was open to a trade deal with China, but added, “I don’t know that I want to do it.”

After initial plans for him to stay away from the summit, Trump’s hardline trade adviser, Peter Navarro, was added to the U.S. delegation at the last minute and is expected to attend the meeting between Trump and Xi, a U.S. official and a source familiar with the situation told Reuters. The official said it was meant to send a message to China of U.S. resolve on trade.

China, for its part, is hoping for “positive results” in resolving the trade dispute with the United States, the Commerce Ministry said on Thursday.

A slowdown in the global economy will worsen if Trump presses ahead with plans to further increase tariffs on some $200 billion of Chinese imports to 25 percent, OECD Secretary General Angel Gurria told Reuters.

While Trump’s meeting with Xi is all but certain to go ahead, the U.S. president on Thursday abruptly scrapped his planned talks with Putin, citing Russia’s recent seizure of Ukrainian vessels.

Trump has often voiced a desire for better relations with Putin, and many critics at home slammed him in July for appearing to disregard U.S. intelligence agencies’ conclusion that Moscow meddled in the 2016 U.S. presidential election, while giving credence to the Russian president’s assertion that it did not. 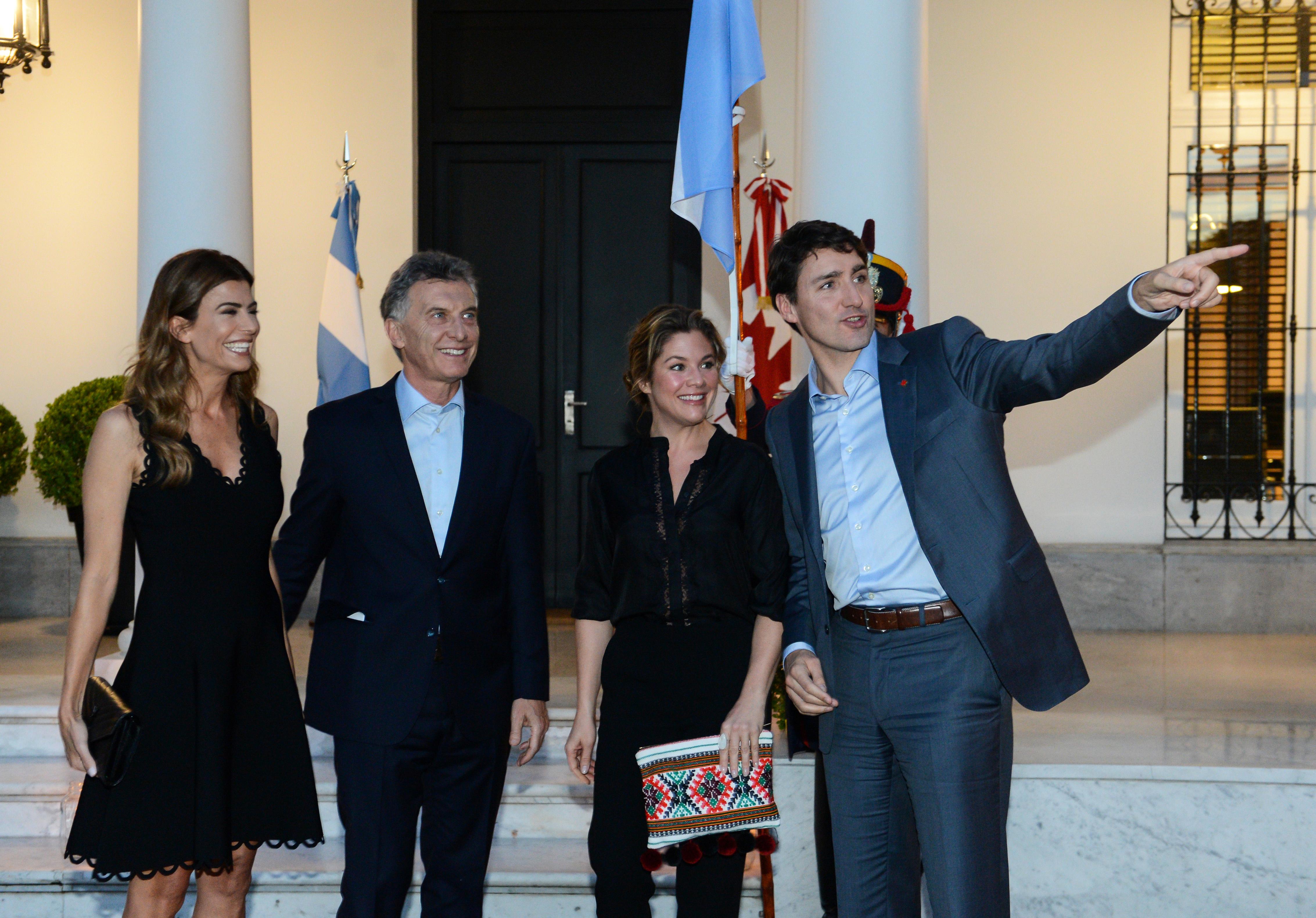 One potential bright spot at the summit could be the signing of a revised U.S.-Mexico-Canada trade pact.

But a day before the three neighbors were due to formalize the agreement on Friday, negotiators were still thrashing out what exactly they will be putting their names to, officials said on Thursday.

The three countries agreed a deal in principle to govern their trillion dollars of mutual trade after a year and a half of contentious talks concluded with a late-night bargain just an hour before a deadline on Sept. 30.