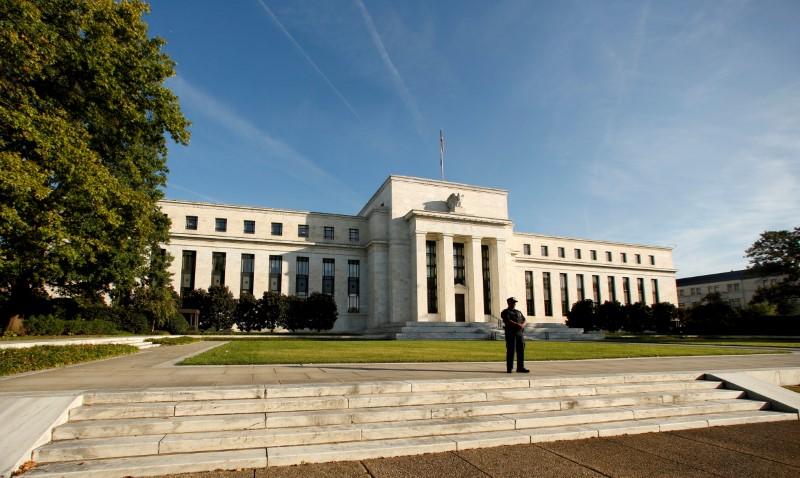 NEW YORK/LOS ANGELES (Reuters) – Federal Reserve policymakers are fretting that they could face the next U.S. recession with an arsenal of policies little different from that used in the last downturn but robbed of much of their punch because interest rates are still low.

In the midst of an unprecedented leadership transition, Fed officials are publicly debating how to prepare for the next downturn. Should they scrap their approach to inflation targeting? How big of a balance sheet should they retain? How much further can they raise interest rates and still keep the economy on a growth path?

All this comes against a backdrop of an unexpectedly large boost from tax cuts and government spending that will drive up deficits, leaving less room for a fiscal rescue in the next recession.

“The thing that keeps me up at night is that when that next recession happens, and hopefully not for a long time, I don’t think we have as strong a toolkit as we would like to have to respond to that,” San Francisco Federal Reserve Bank President John Williams said Friday at a Town Hall Los Angeles event.

To pull out of the 2007-2009 recession, the Fed slashed short-term interest rates to near zero and bought $3.5 trillion in bonds to push down longer-term borrowing costs.

Since late 2015 it has gradually reversed course. Its key rate is now in the range of 1.25 to 1.5 percent, and the Fed expects to end this year with rates between 2 percent and 2.25 percent.

With an aging population slowing the economy’s growth potential, the Fed projects it can raise rates only to about 2.75 percent before borrowing costs will really start to brake the economy. Before the recession, most economists thought that neutral level was closer to 4 percent.

With rates so low, there would be little room to cut them to provide stimulus when the world’s largest economy, which is heating up, eventually turns around.

“We would be better off, rather than thinking about what we would do next time when we hit zero, making sure that we don’t get back there. We just don’t want to be there,” Boston Fed President Eric Rosengren told a New York conference of economists.

Rosengren, one of only a few sitting policymakers who also served during the last downturn, said the expanding U.S. deficits could further erode the government’s ability to help curb any future recession.

Since mid-December the Republican-controlled Congress and President Donald Trump aggressively cut taxes and boosted spending limits, which are expected to push the annual budget deficit above $1 trillion next year and expand the $20 trillion national debt.

That stimulus, combined with synchronized global growth, signs of U.S. inflation perking up, and unemployment near a 17-year low could set the stage for overheating that ends one of the longest economic expansions ever.

“We want more shock absorbers out there and really … the main shock absorber is the ability to reduce the fed funds rate, which means that you want to get to a higher inflation rate so that the pre-shock fed funds rate is 4 (percent) and not 2,” said Paul Krugman, the Nobel Prize-winning economist and professor at City University of New York.

The main research paper at the conference, hosted by the University of Chicago Booth School of Business, argued the central bank should focus on cutting rates in the next recession and avoid relying on asset purchases, which are less effective in stimulating investment and growth than previously thought.

Still, as William Dudley, president of the New York Fed, said at the conference, the ability to again purchase bonds if and when rates hit zero “seems like a good tool to have.”

The Fed’s approach to any economic slowdown, policymakers have said, would be to cut rates, pledge further stimulus and only then buy bonds. Rosengren and others dismissed the possibility of adopting negative interest rates – the practice of charging banks a fee to hold their money – as some other central banks have done.

Some see this month’s succession of Fed Chair Janet Yellen by Jerome Powell as ideal timing to consider new frameworks that could help drive inflation, and rates, higher.

Cleveland Fed President Loretta Mester, whom the White House is considering naming Fed vice chair, told the conference the central bank could begin to reassess the framework later this year, though she said the threshold for change should be high.

Reporting by Jonathan Spicer in New York and Ann Saphir in Los Angeles; Editing by Chizu Nomiyama and Leslie Adler