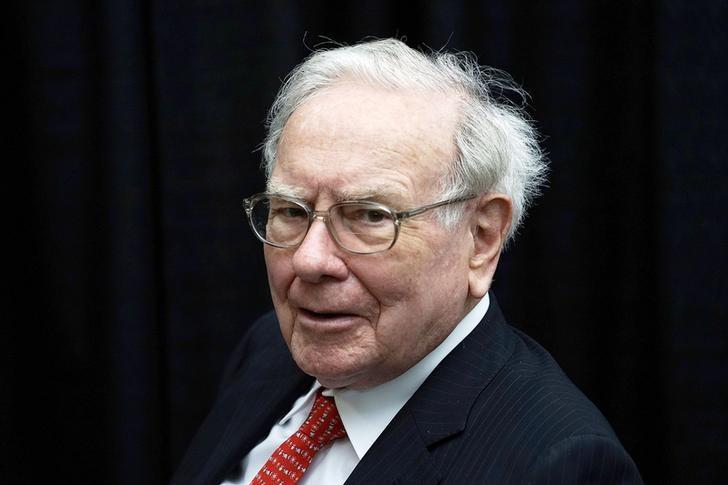 NEW YORK (Reuters) – Warren Buffett on Saturday lamented his inability to find big companies to buy and said his goal is to make “one or more huge acquisitions” of non-insurance businesses to bolster results at his conglomerate Berkshire Hathaway Inc.

In his annual letter to Berkshire shareholders, Buffett said finding things to buy at a “sensible purchase price” has become a challenge and is a major reason Berkshire is awash with $116 billion of low-yielding cash and government bonds.

“Our smiles will broaden when we have redeployed Berkshire’s excess funds into more productive assets,” Buffett wrote. “Berkshire’s goal is to substantially increase the earnings of its non-insurance group. For that to happen, we will need to make one or more huge acquisitions.”

The letter was considerably shorter than in recent years, a little over 8,000 words compared with more than 14,000 last year, and did not discuss major Berkshire stock holdings such as Apple Inc and Wells Fargo & Co. Buffett often invests in stocks when he cannot find whole companies to buy.

It was also short on faulting excesses of Wall Street and Washington, and said nothing about Berkshire’s plan to create a healthcare company with Amazon.com Inc and JPMorgan Chase & Co.

At age 87, “he doesn’t want to make any enemies,” said Bill Smead, chief executive of Smead Capital Management in Seattle, a Berkshire investor.

It has been more than two years since Buffett made a major purchase, the $32.1 billion takeover of aircraft parts maker Precision Castparts Corp, and his advancing age gives him less time to find more of the “elephants” he prefers.

But he has given himself and longtime Vice Chairman Charlie Munger, 94, more freedom to focus on investing and allocating capital.

Neither has signaled any intention of stepping down soon, though Berkshire last month named two additional vice chairmen who could eventually succeed Buffett as chief executive.

Gregory Abel, who had run Berkshire Hathaway Energy, is now overseeing Berkshire’s non-insurance businesses such as the BNSF railroad and Dairy Queen ice cream, all of which employ 330,000 people, while insurance specialist Ajit Jain oversee the Geico auto insurer and other insurance businesses, employing 47,000.

While the Wells Fargo investment has struggled in recent months because of scandals over how it treats customers, Apple has performed better.

Buffett revealed in his letter that Berkshire was sitting at year end on a $7.25 billion paper profit on what has become a 3.3 percent stake in the iPhone maker, worth $28.2 billion.

Some Berkshire stock investments are made by deputies Todd Combs and Ted Weschler, who Buffett said together manage about $25 billion, up from $21 billion a year ago.

Buffett also warned long-term investors including pension funds, college endowments and “savings-minded individuals” that even with U.S. stock prices near record highs, it would be a “terrible mistake” to assume bonds are safer.

“Often, high-grade bonds in an investment portfolio increase its risk,” he wrote.

Operating profit, which Buffett considers a better gauge of performance, fell more than analysts expected in the fourth quarter, and slid 18 percent for the year to $14.46 billion.

Even so, insurance float, or premiums collected before claims are paid, and which give Buffett more money to invest, rose 25 percent last year, to $114.5 billion.