MONTREAL/KUALA LUMPUR/PARIS (Reuters) – Why was the Ukrainian airliner mistakenly shot down near Tehran by Iranian forces last week for the loss of 176 lives even allowed to take off from a country that had just fired missiles towards its neighbour? And why didn’t the airline just delay or cancel the flight?

FILE PHOTO: Soft toys are seen near the crash site of the Malaysia Airlines Boeing 777 plane (flight MH17) near the settlement of Grabovo in the Donetsk region November 16, 2014. REUTERS/Antonio Bronic/File Photo

In short – because a century of international air travel has yielded no international agreement on how or when to close airspace; and because airlines often have to rely on their own, sometimes incomplete, assessments to make the call for themselves.

While air travel is global, and guided by streams of instantaneous electronic data, control over each country’s airspace remains entirely local and subject to the pace of politics.

Iran itself suffered a similar tragedy in 1988 when the U.S. warship Vincennes downed an IranAir passenger jet in 1988.

Ukraine, too, has been acutely aware of the problem since 2014, when Malaysia Airlines MH17 was shot down over territory held by pro-Russian rebels in eastern Ukraine as it flew from Amsterdam to Kuala Lumpur.

MH17 led the United Nations’ aviation arm, the International Civil Aviation Organization (ICAO), to launch a conflict zone website where countries could share information on potential risks around the world so that airlines could avoid those regions. Despite the deaths of 298 people, it foundered after some countries saw a threat to their sovereignty and wanted a 72-hour window to respond, rendering it ineffective.

Those sensitivities are not new. Few countries trust others to declare their airspace off limits, especially knowing that such decisions can themselves be a product of conflict.

In 1985, Iraq declared Iran off-limits to civil aviation. But Iraq and Iran were then at war, and the move sparked fierce debate at the ICAO.

In 2015, the Netherlands, home to two-thirds of the passengers on MH17, tried at least to have the ICAO spell out criteria for when airspace should be closed. Those changes have yet to be made.

Since 290 people died on IranAir 655, over 750 more have now been killed worldwide in attacks on various forms of civil aviation, according to Flight Safety Foundation data.

“Practice shows that states in which there is an ongoing armed conflict will not implement restrictions for their airspace on their own initiative,” a Dutch Safety Board report last year said.

An Iranian commander said on Saturday that the Iranian military, which had been ordered to retaliate against U.S. troops in Iraq for the killing of an top Iranian commander by a U.S. drone, had requested a no-fly zone for the Tehran area but had been refused. He did not say why or by whom, and Iran has not commented on its decision to keep Tehran airport open.

It all puts the onus on airlines and other regulators to conduct their own risk assessments.

Yet each relies on different, potentially incomplete, intelligence briefings, and not all regulators have the same power to prevent their airlines – all operating under fierce competitive pressure – flying through conflict zones.

Ukraine International Airlines said it had received no warning from Tehran before its flight PS752 took off, nor any reason not to fly. It was the 10th departure from Tehran airport that morning, according to FlightRadar24.

Even as conflict ripples through the Middle East, the region’s skies are increasingly needed as an East-West corridor as airlines face growing environmental and economic pressures to save fuel by flying the most direct routes.

Three days after the U.S. drone strike on Iranian general Qassem Soleimani, and a day before Iran’s retaliatory strikes, there were around 1,000 flights over Iran and Iraq, the International Air Transport Association said.

None were American, however. The U.S. Federal Aviation Authority had already barred U.S. carriers from Iranian airspace after Iran shot down a high-altitude U.S. drone last June. But others assessed the risks differently.

IATA, representing global airlines, has said it will work to improve those assessments. 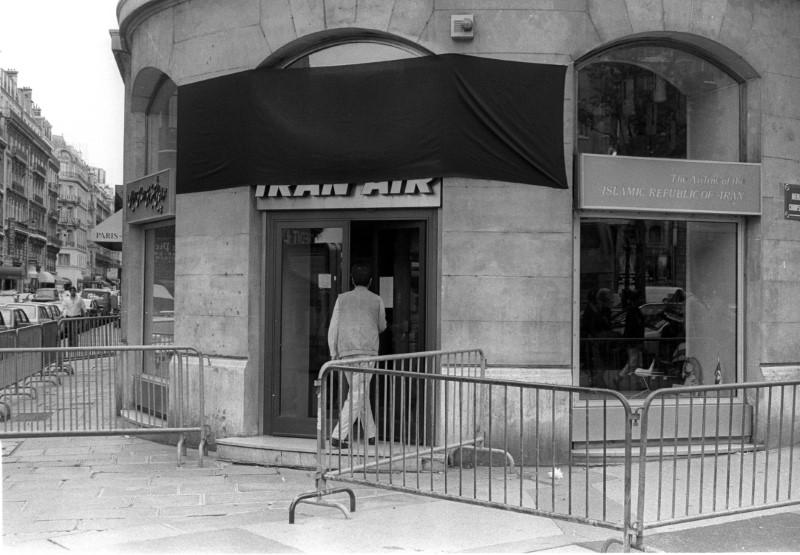 A source familiar with the matter said the ICAO was looking for ways to help countries improve communications between civilian authorities and the military.

The world’s air travellers will hope they have better luck than those who have tried, and failed, before.