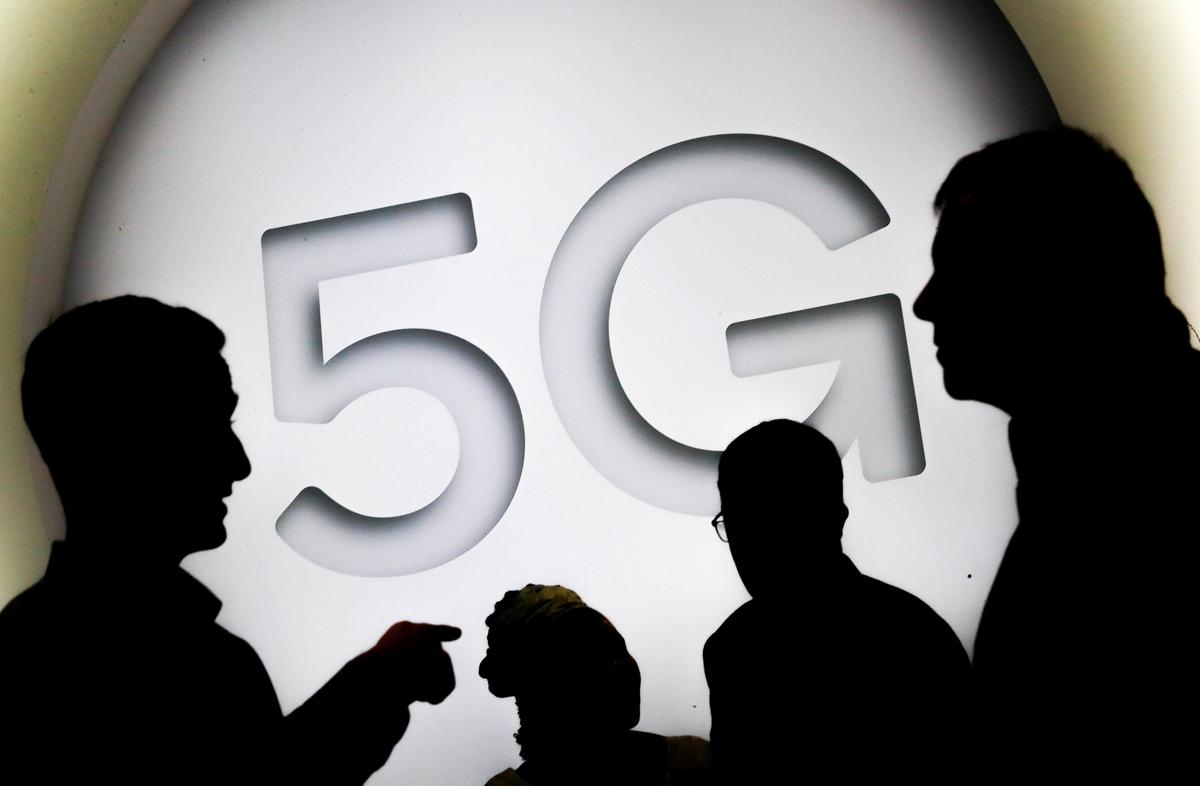 LONDON/SAN FRANCISCO (Reuters) – U.S. President Donald Trump has blocked microchip maker Broadcom Ltd’s (AVGO.O) $117 billion takeover of rival Qualcomm (QCOM.O) amid concerns that it would give China the upper hand in the next generation of mobile communications, or 5G.

A 5G sign is seen at the Mobile World Congress in Barcelona, Spain February 28, 2018. REUTERS/Yves Herman

Below are some facts about 5G and major players.

5G networks, now in the final testing stage, will rely on denser arrays of small antennas and the cloud to offer data speeds up to 50 or 100 times faster than current 4G networks and serve as critical infrastructure for a range of industries.

Deals to start building mass-market 5G networks are still largely a year away, but by 2025, 1.2 billion people are set to have access to 5G networks – a third of them in China, according to the global wireless trade group GSMA.

Moving to new networks promises to enable new mobile services and even whole new business models, but could pose challenges for countries and industries unprepared to invest in the transition.

Unlike the upgrades of cellular standards 2G in the early 1990s, 3G around the millennium and 4G in 2010, 5G standards will deliver not just faster phone and computer data but also help connect up cars, machines, cargo and crop equipment.

WHY IS THE U.S. WORRIED?

The Committee on Foreign Investment in the United States (CFIUS), which vets acquisitions of U.S. corporations by foreign companies, said the Broadcom takeover risked weakening Qualcomm, which would boost China over the United States in the 5G race.

Acquiring Qualcomm would represent the jewel in the crown of Broadcom’s portfolio of communications chips, which supply wi-fi, power management, video and other features in smartphones alongside Qualcomm’s core baseband chips – radio modems that wirelessly connect phones to networks.

The concern is that a takeover by Singapore-based Broadcom could see the firm cut research and development spending by Qualcomm or hive off strategically important parts of the company to other buyers, including in China, U.S. officials and analysts have said.

5G promises to open up the clubby world of telecom equipment by creating openings for a far wider range of players in hardware, software and semiconductors, many of them from Asia, increasing the dependence of Silicon Valley on foreign players.

Before the new technology becomes a reality for consumers, two transitions need to take place.

Mobile operators have to upgrade their networks with 5G gear made by the likes of Huawei [HWT.UL] and ZTE 0000630.SZ of China, Sweden’s Ericsson (ERICb.ST) and Finland’s Nokia (NOKIA.HE). And phone makers need to make handsets with built-in 5G radios ready to hook up to networks.

Most other baseband chips come from Asia: MediaTek (2454.TW) of Taiwan holds about one quarter of the market, while Samsung Electronics (005930.KS) and Huawei [HWT.UL] – two big smartphone makers – develop chips for their own devices. Huawei does through a subsidiary known as HiSilicon.

Its dominant position in 5G comes from its mastery of two areas: getting its patents adopted in what are known as standards and then selling the chip designs that work with those standards.

The standards are set by a global body to ensure all phones work across different mobile networks, and whoever’s essential patents end up making it into the standard stands to reap huge royalty licensing revenue streams.

Qualcomm has landed a number of these foundational patents, which means that both handset makers and telecommunications gear makers will have to pay it licensing fees. It dominated standards setting in 3G and 4G wireless and looks set to top the list of patent holders heading into the 5G cycle.

Huawei, Nokia, Ericsson and others are also vying to amass 5G patents, which has helped spur complex cross-licensing agreements like the deal struck late last year Nokia and Huawei around handsets.

Editing by Kim Miyoung in Singapore and Jason Neely in London

As Britain edges toward lockdowns, long-held grievances flare up.