(Reuters) – U.S. stocks swung between gains and losses on Thursday, as Amazon’s foray into drug retailing whipped the healthcare sector, while a rise in financial stocks for the first time in 14 days cushioned the markets.

Amazon.com said it would buy online pharmacy PillPack, a move that will put the online retail giant in direct competition with drugstore chains, drug distributors and pharmacy benefit managers.

The U.S. economy slowed more than previously estimated in the first quarter, according to Commerce Department data that showed gross domestic product increased at a 2 percent annual rate in the period, from its previous estimate of 2.2 percent.

The revision came as an escalating trade dispute between the United States and its major trade partners, including China, Canada and the European Union, kept investors on edge.

“But if we start to get a better rhetoric on trade, this market is primed to rebound because economic activity remains positive.”

Amazon’s burgeoning reach was not limited to just the health sector. Its plans to entice entrepreneurs to set up their own package-delivery businesses sent shares of United Parcel Service and FedEx skidding more than 2 percent. 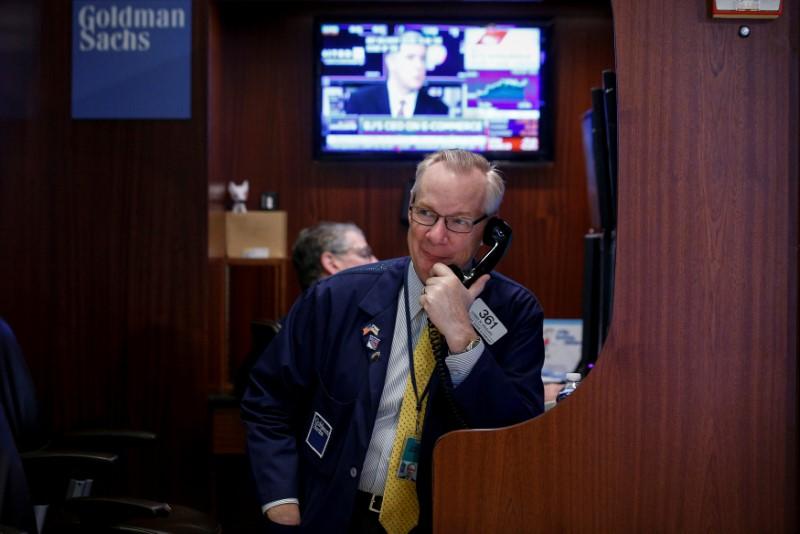 The stocks drove the S&P industrial index down 0.46 percent.

Six of the 11 major S&P sectors were higher — with a 0.66 percent gain in the financial index — boosting the S&P 500 ahead of results from the second round of Federal Reserve’s stress test for banks and lenders.

Starbucks dropped 4.1 percent after the company said its Chief Financial Officer Scott Maw will retire at the end of November.

Reporting by Sruthi Shankar in Bengaluru and Savio D’Souza; Editing by Shounak Dasgupta