The S&P 500 erased virtually all of its gains from a week earlier, when the benchmark index notched its biggest weekly rise in seven years.

Following a weekend truce between Washington and Beijing in talks in Argentina, stocks have been volatile all week as investors comb through the news looking for signs of whether a trade-tension cloud over the stock market would dissipate.

Concerns over U.S.-China trade relations were fanned by White House trade adviser Peter Navarro’s comments that U.S. officials would raise tariff rates if the two countries could not come to an agreement during a 90-day negotiating period.

Along with trade, Wall Street has been focused on bond yields and the direction of interest rate policy from the Federal Reserve, with some investors expecting a slower pace of hikes than previously anticipated.

A screen displays the Dow Jones Industrial Average following the close of trading on the floor of the New York Stock Exchange (NYSE) in New York, U.S., December 7, 2018. REUTERS/Brendan McDermid 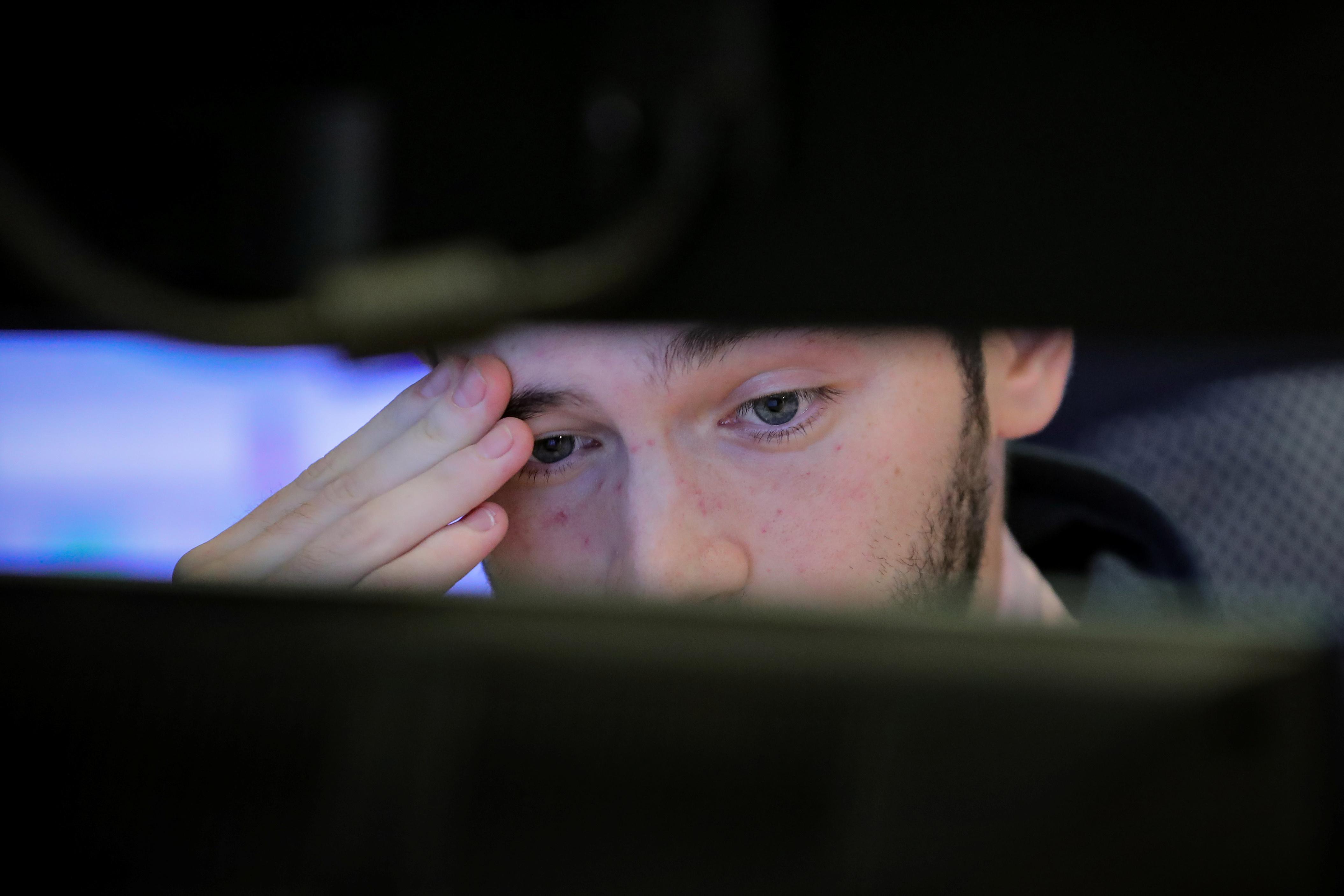 Government data showed U.S. job growth slowed in November and wages increased less than forecast, suggesting some moderation in economic activity that could support expectations of fewer interest rate increases from the Fed in 2019. The Fed is due to meet Dec. 18-19.

“People were expecting a stronger labor market report,” said Charlie Ripley, senior market strategist for Allianz Investment Management in Minneapolis. “It was a little bit weaker on the margin but nonetheless it’s going to give the Fed some food for thought as they … debate how they’re going to shape policy for the upcoming year.”

Energy shares .SPNY fell 0.6 percent, supported by rising oil prices as Saudi Arabia and other producers in OPEC, as well as allies like Russia, agreed to reduce output to drain global fuel inventories and support the market.

Declining issues outnumbered advancing ones on the NYSE by a 2.08-to-1 ratio; on Nasdaq, a 2.63-to-1 ratio favored decliners.

About 8.7 billion shares changed hands in U.S. exchanges, above the 7.9 billion daily average over the last 20 sessions.