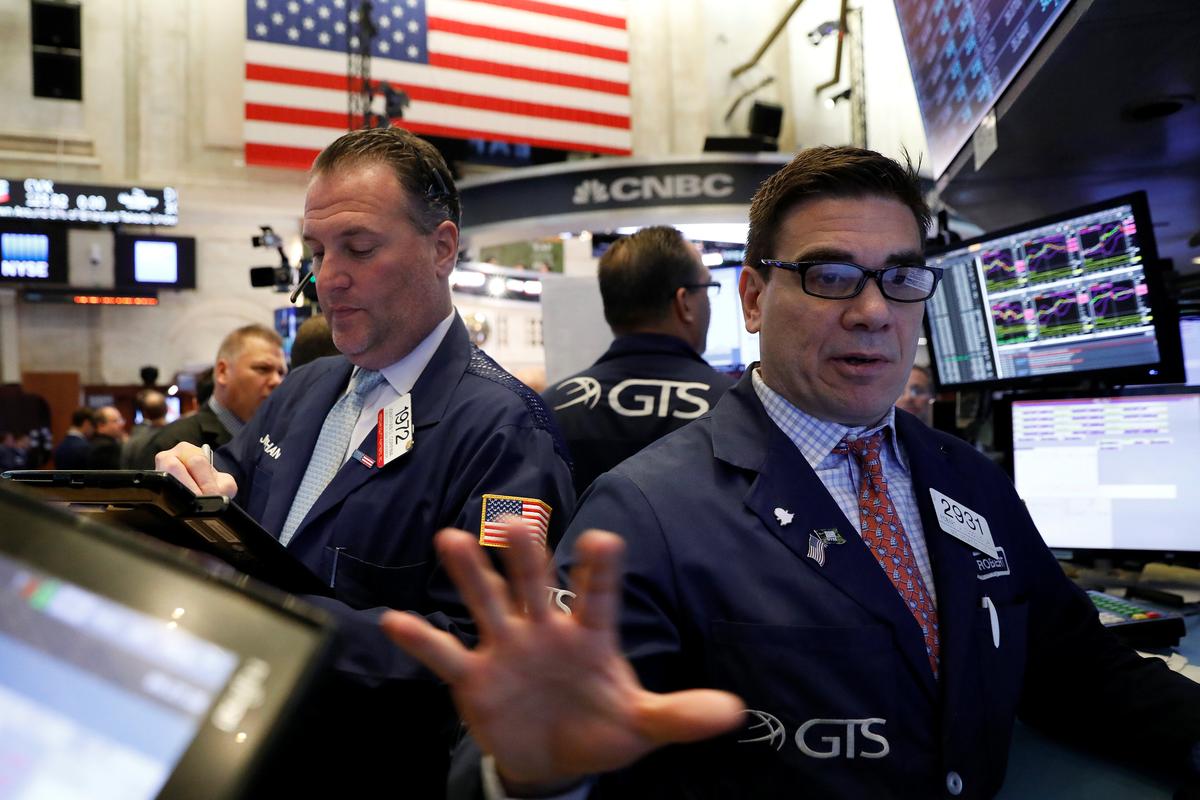 (Reuters) – Wall Street dropped sharply on Tuesday as concerns over marquee companies warning of higher costs were exacerbated by the benchmark U.S. 10-year Treasury yield piercing the 3-percent level for the first time in four years.

Google-parent Alphabet (GOOGL.O) sank 4.9 percent, erasing all its gains for the year, as investors focused on the company’s rising expenses and shrinking margins rather than a profit beat.

Caterpillar (CAT.N) sank 6.6 percent after it warned of the impact of steel price hikes on its business. The stock had gained as much as 4.6 percent earlier on a strong set of quarterly results and full-year outlook.

The 10-year yield, a benchmark for global borrowing costs, has been driven steadily higher by a combination of concerns over inflation, growing debt supply, and rising Federal Reserve borrowing costs. [US/]

“These higher Treasury yields are providing competition with riskier fixed income products and things like REITs and dividend-producing stocks.”

While industrial stocks hit the Dow, the Nasdaq was pulled down by a sharp drop in the ‘FAANG’ group of technology stocks.

Facebook (FB.O), which reports on Wednesday, fell 3.6 percent after a report that the social network hosted stolen identities and social security numbers.

Apple (AAPL.O) was down 1.7 percent, falling for the fifth straight session as comments from chipmaker AMS (AMS.S) and smartphone screen maker Corning (GLW.N) fed fears of slowing demand for iPhones.

Amazon (AMZN.O) and Netflix (NFLX.O) also succumbed to the pressure.

“Rising U.S. yields are hurting equities in general, when you combine with the weakness in FAANG stocks, it makes for a tough day in the market,” Michael James, managing director of equity trading at Wedbush Securities in Los Angeles.

Other notable laggards included Lockheed Martin (LMT.N), which sank 7.4 percent after the Pentagon’s No.1 weapons supplier failed to raise its outlook for cash flow. 3M (MMM.N) dived 8.6 percent after it cut the top end of its full-year forecast.

Reporting by Sruthi Shankar in Bengaluru; Editing by Shounak Dasgupta