Traders work on the floor of the New York Stock Exchange (NYSE) in New York, U.S., May 2, 2018. REUTERS/Brendan McDermid

Some expect the Fed to sound more hawkish on policy tightening, especially after recent data showed that the Fed’s favored gauge of inflation hit the 2-percent target rate.

The U.S. two-year Treasury yields US2YT=RR, most sensitive to monetary policy, hit a 9-1/2-year high after data showed U.S. private-sector payrolls for April came roughly in line with market forecasts, cementing expectations for a rate increase in June. [US/]

Despite U.S. companies being on track to post their strongest quarterly profit growth in seven years, worries about inflation and rising raw material costs have weighed on investors’ minds.

Apple (AAPL.O) was a bright spot, rising 4.5 percent after it posted resilient iPhone sales in the face of waning global demand and promised $100 billion in additional stock buybacks. 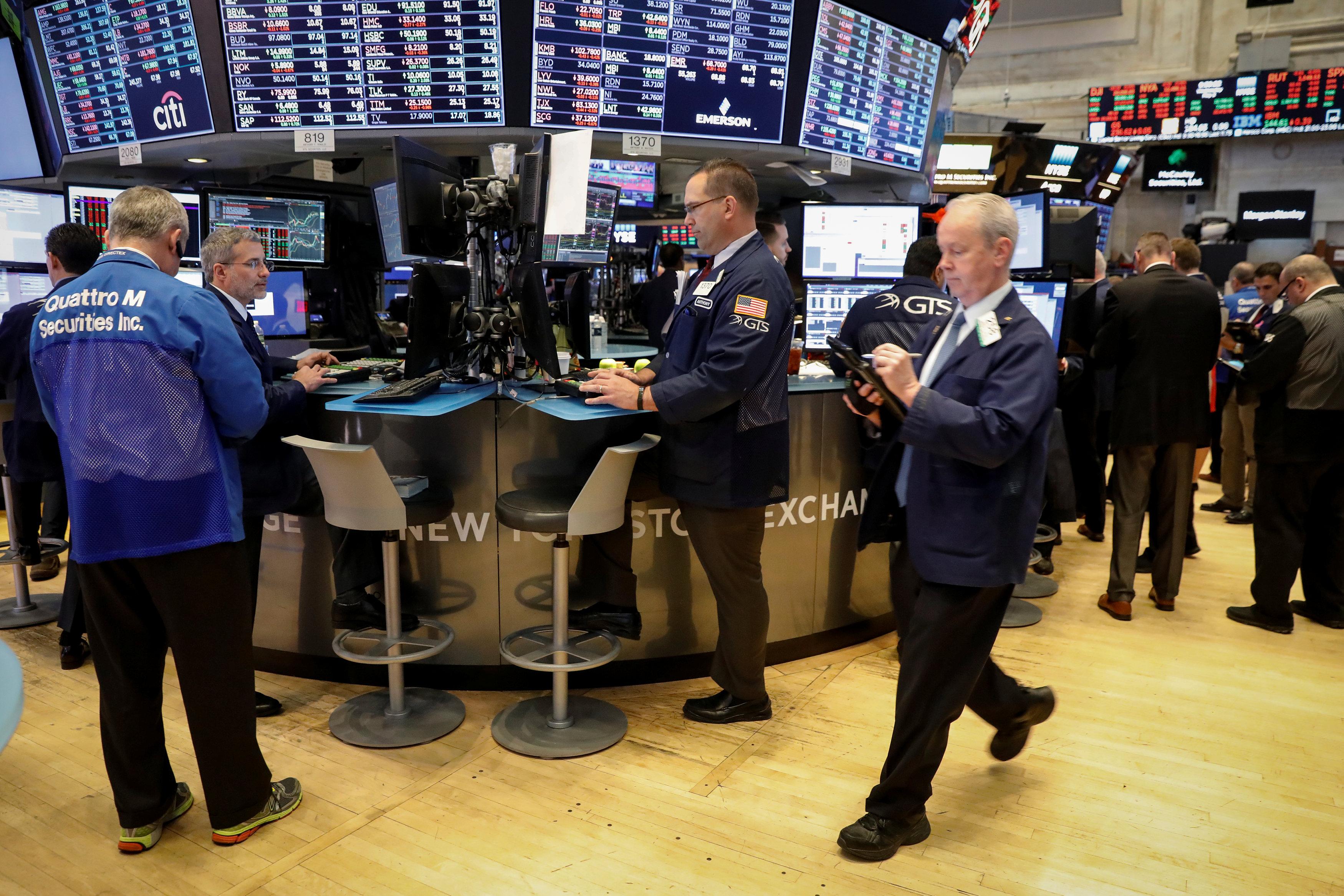 Its suppliers Cirrus Logic (CRUS.O), Lumentum Holdings (LITE.O) and Skyworks Solutions (SWKS.O) were all up between 2.5 percent and 10 percent.

Investors kept an eye out for developments around U.S.-China trade talks as a Trump administration delegation is expected to visit Beijing on Thursday and Friday for talks with top Chinese officials.

The gains kept the S&P technology index .SPLRCT in the positive territory, up 0.4 percent.

On the other end of the spectrum was Snap (SNAP.N), whose shares plunged more than 20.5 percent, after the Snapchat owner fell short of Wall Street forecasts for revenue and regular users.

Reporting by Sruthi Shankar in Bengaluru; Editing by Shounak Dasgupta