NEW YORK (Reuters) – Wall Street rose on Friday as investors hoped for progress on trade in a critical U.S.-China meeting over the weekend, and the S&P 500 and the Nasdaq posted their biggest weekly percentage gains in nearly seven years.

The Dow saw its largest weekly advance in two years. Investors were encouraged this week by comments by Federal Reserve Chair Jerome Powell and subsequent minutes from the central bank’s latest meeting that suggested that the Fed will take a data-driven rather than ideological approach to future rate-hikes.

A Chinese official said “consensus is steadily increasing” in trade negotiations between the U.S. and China as the G20 meeting got underway in Buenos Aires, sparking hopes there would be a positive resolution in the ongoing tariff dispute between the world’s two largest economies.

U.S. President Donald Trump is set to meet with his Chinese counterpart Xi Jinping on Saturday and the outcome could swing stocks for the rest of the year.

“The three key issues that people are really focusing on are how dovish is the Fed going to be going forward, how are trade relations with China going to play out, and what’s going on in the oil markets,” said Charlie Ripley, senior market strategist for Allianz Investment Management in Minneapolis.

“But as we get better news, that’s helped lift the markets,” Ripley added. “That’s why we’re seeing a week like this week.”

Of the 11 major sectors in the S&P 500, all but energy .SPNY ended the session in positive territory.

General Electric Co (GE.N) shares slid 5.5 percent following a Wall Street Journal report that former employees are being questioned by federal investigators about the company’s failure to acknowledge its insurance business’ worsening results over the years. 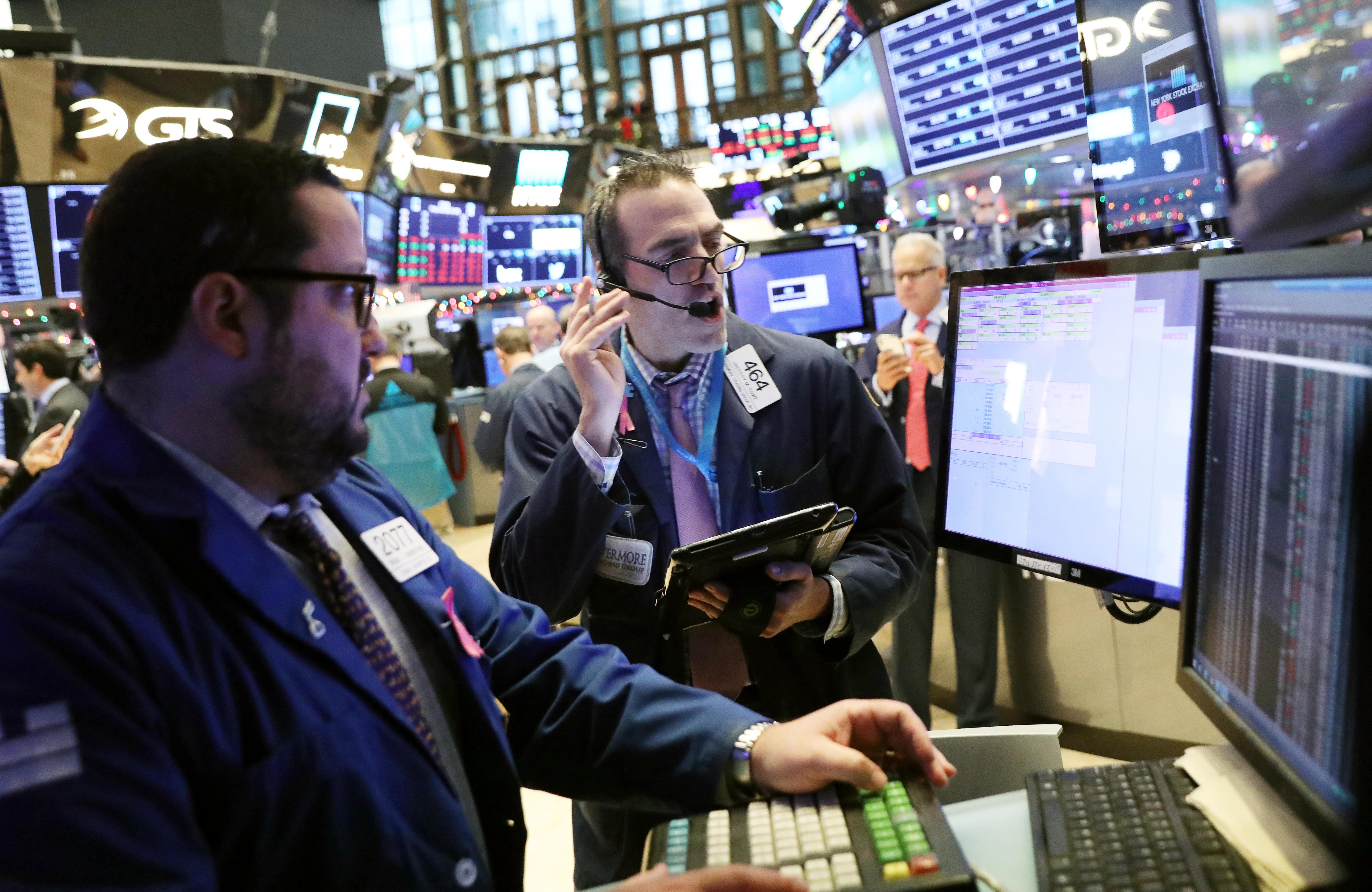 Advancing issues outnumbered declining ones on the NYSE by a 1.17-to-1 ratio; on Nasdaq, a 1.24-to-1 ratio favored advancers.

Volume on U.S. exchanges was 8.39 billion shares, compared to the 7.63 billion average for the full session over the last 20 trading days.