Two more hikes are now expected by the end of this year, compared with one previously.

The central bank, which raised its benchmark overnight lending rate a quarter of a percentage point to a range of between 1.75 percent and 2 percent, also dropped its longstanding pledge to stimulate the economy “for some time.”

Stocks were volatile after the statement but ended near the lows of the session, and selling was broad-based, with most S&P sector indexes ending lower. The Cboe Volatility index .VIX rose.

“The expectation now is for four rate increases in total in 2018. Consensus had been more like three, moving toward four, so I think that’s a bit of a surprise,” said Katie Nixon, chief investment officer at Northern Trust Wealth Management in Chicago.

“It seems as if the Fed is much more confident now in inflation reaching, in fact maybe breaching a little bit, their target, so they are pulling forward some of the rate increases.”

Fresh projections from policymakers suggested that inflation would run above the Fed’s 2 percent target, hitting 2.1 percent this year and remaining there through 2020. 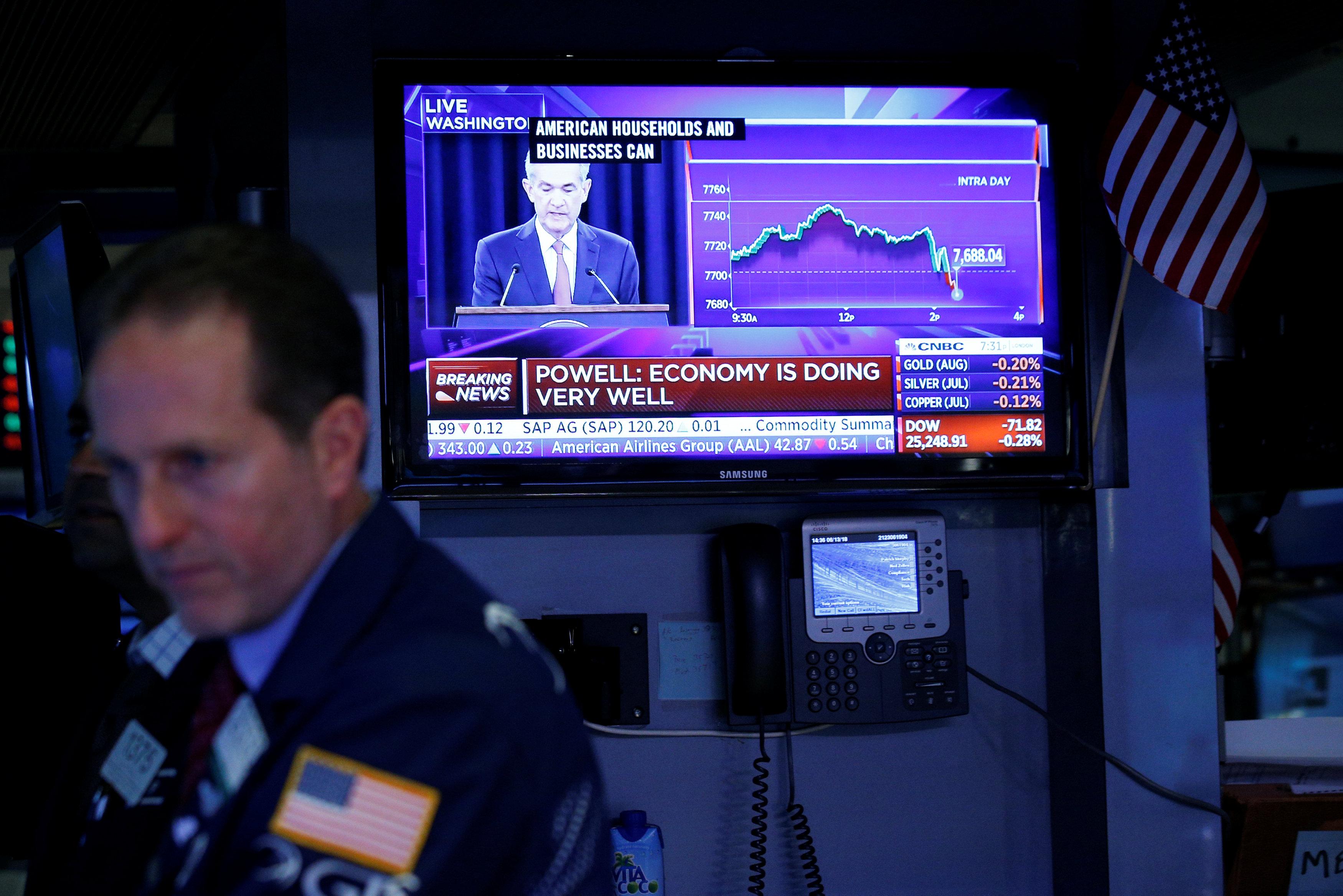 “The financials are a bit of a puzzle. There’s always a lag between the increases in deposit rates and fund costs and interest on loans,” said Robert Eisenbeis, vice chairman and chief monetary economist at Cumberland Advisors in Sarasota, Florida.

“There’s some processing and digesting going on.”

Traders of U.S. short-term interest-rate futures increased bets the Fed will raise rates again this year and next after the Fed’s statement.

About 7.1 billion shares changed hands on U.S. exchanges. That compares with the 6.7 billion daily average for the past 20 trading days, according to Thomson Reuters data.