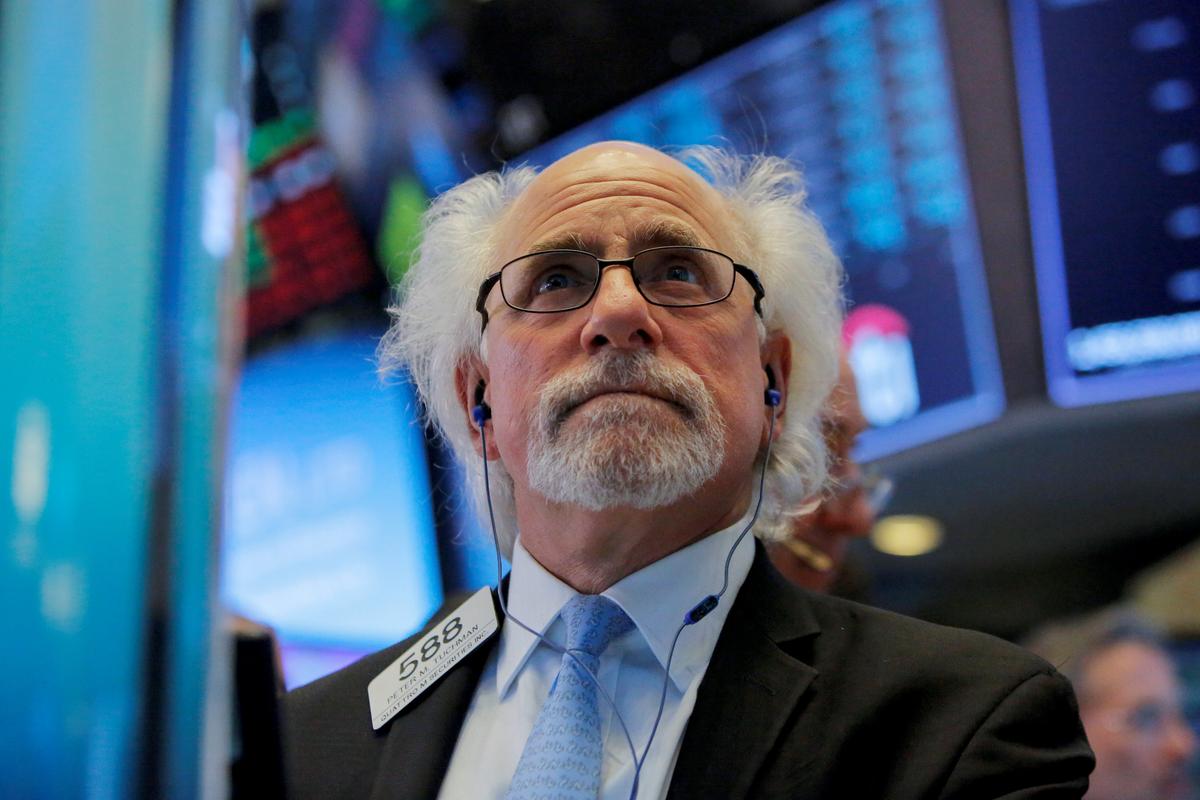 The Trump administration is pressing China to cut its trade surplus with the United States by $100 billion, the White House said Wednesday.

Trump is looking to levy tariffs on up to $60 billion of Chinese imports, targeting the technology, telecom and apparel sectors, sources told Reuters on Tuesday.

As earnings season has ended, the latest developments in Washington are even more prominent for investors, said Brad McMillan, chief investment officer at Commonwealth Financial Network in Waltham, Massachusetts.

“Certainly, from an economic standpoint, the potential effect of tariffs continues to rattle through the markets,” he said.

“We’re in a wallowing period where there’s not as much good news coming out.”

Trump has already imposed tariffs on steel and aluminum imports as well as on solar panels and washing machines, sparking threats of retaliation from some trade partners.

Boeing Co, which investors say may be particularly vulnerable to retaliation, tumbled 2.5 percent, leading the losers on the Dow.

Stocks briefly pared losses after economic analyst and commentator Larry Kudlow, who has supported free trade measures in the past, said on Wednesday he had accepted an offer to replace Gary Cohn as the White House’s top economic adviser.

In an interview with CNBC just before the market close, Kudlow said he believed tougher trade measures against China were warranted.

Also weighing on investor sentiment was data that showed U.S. retail sales fell for a third straight month in February, pointing to a slowdown in economic growth in the first quarter.

Ford rose 2.2 percent after Morgan Stanley upgraded the stock to “overweight” from “underweight” and raised its earnings estimate on the automaker.

Declining issues outnumbered advancing ones on the NYSE by a 1.35-to-1 ratio; on Nasdaq, a 1.53-to-1 ratio favored decliners.

Volume on U.S. exchanges was 6.53 billion shares, compared to the 7.14 billion average over the last 20 trading days.