(Reuters) – Wall Street was little changed on Wednesday, clawing back from losses of more than 1 percent earlier, as gains in energy and bank stocks helped offset worries about a global economic slowdown.

A trader looks at price monitors as he works on the floor at the New York Stock Exchange (NYSE) in New York City, New York, U.S., January 2, 2019. REUTERS/Shannon Stapleton

A pullback in the heavy-weight technology index .SPLRCT and a reversal in stocks such as Facebook Inc (FB.O), Apple Inc (AAPL.O) and Amazon.com Inc (AMZN.O) also helped the market.

“There was a bounce back in oil prices which contributed to pushing markets higher,” said Randy Frederick, vice president of trading and derivatives for Charles Schwab in Austin, Texas.

“There is also a lot going on in the first day of trading, with positions being adjusted, funds being reallocated so it could impact the general direction of the market. But volumes are still light which could also explain moves like these today.”

Earlier, the markets got off to a dour note as data showed China’s factory activity contracted for the first time in 19 months in December, hit by the Sino-U.S. trade war, while Euro zone manufacturing activity barely avoided contraction.

Healthcare .SPXHC, the best performing among the 11 major S&P sectors last year, dropped 1.35 percent and along with the defensive real estate .SPLRCL, utilities .SPLRCU and consumer staples .SPLRCS sectors weighed on the markets.

Financials .SPSY rose 0.59 percent. Bank stocks .SPXBK, in particular, rose 1.47 percent, getting a boost from Barclays predicting that U.S. large-cap bank stocks, which lagged in 2018, could outperform the S&P in 2019.

Frederick and Ryan Nauman, a market strategist at Informa Financial Intelligence in Zephyr Cove, Nevada, both cautioned that the concerns that roiled the market in 2018 were still around.

“Investors should expect swings and volatility in the market like last month, at least until the volumes pick up,” said Nauman.

The grim factory readings come ahead of the closely watched U.S. manufacturing survey on Thursday, payrolls data on Friday and the U.S. earnings season later this month, which is expected to show corporate profit shrunk in the October-December quarter.

Meanwhile, a partial shutdown of the U.S. government entered its 12th day. The Democrat-controlled House plans to approve a spending package without funds for a U.S.-Mexico border wall, as President Donald Trump has demanded, and that could be a sticking point in the Republican-led Senate.

Investors are also grappling with the possibility of higher interest rates. But while the Federal Reserve has projected at least two more hikes, money markets <0#FF:> imply a quarter-point cut by mid-2020. 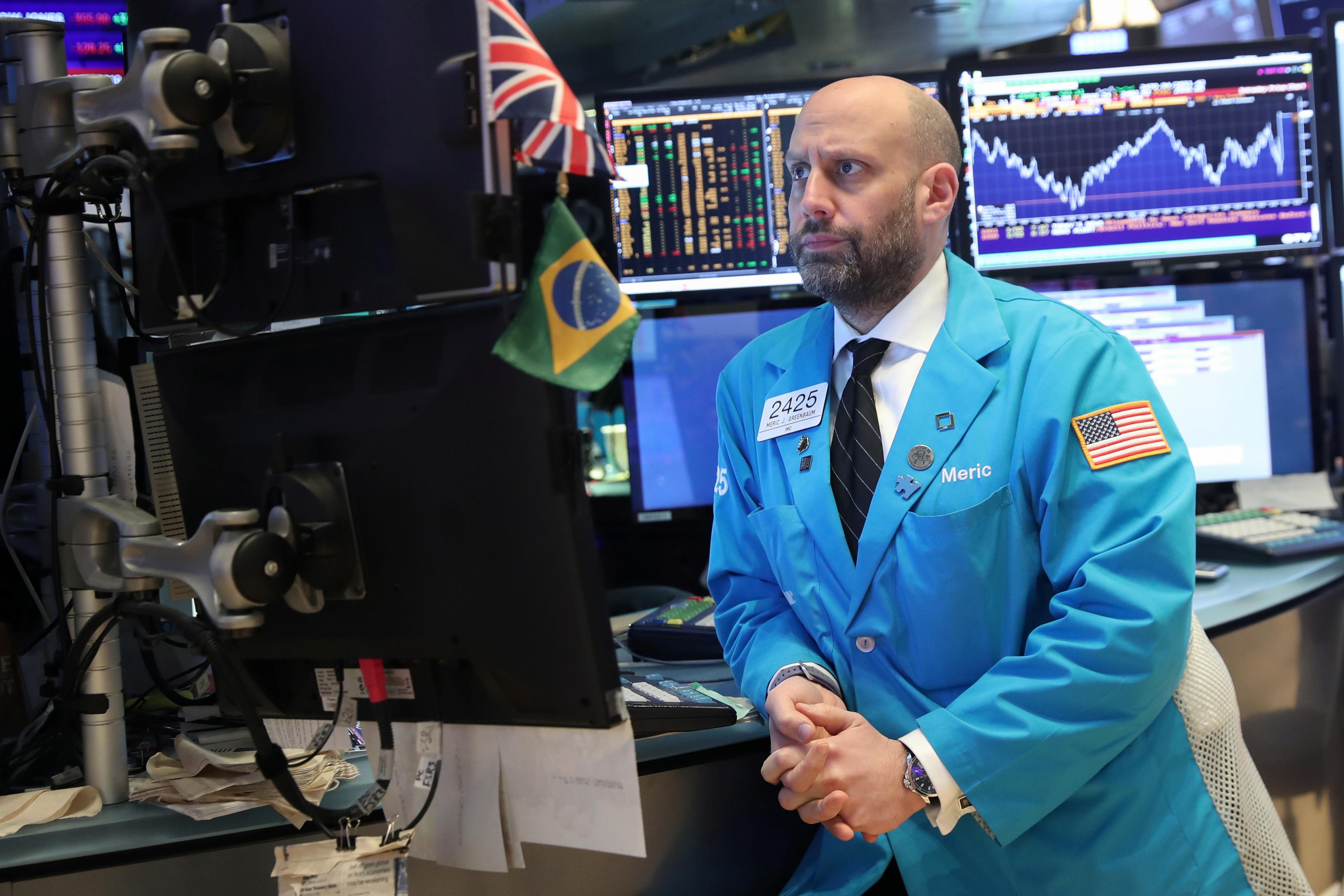 Among stocks, Tesla Inc (TSLA.O) sank 6.3 percent after the electric car maker delivered fewer-than-expected Model 3 sedans in the fourth quarter and cut prices for all its vehicles in the United States in response to the loss of a green tax credit.