NEW YORK (Reuters) – The S&P 500 and the Nasdaq edged up to record closing highs for the third consecutive session as investors struggled over whether to take profits following a rally on positive developments in trade disputes which have vexed the markets.

Following a United States-Mexico agreement Monday to overhaul the North American Free Trade Agreement (NAFTA), focus shifted to Canada, with its top trade negotiator joining her Mexican and U.S. counterparts in Washington in a bid to remain in the trilateral pact.

The Dow Jones Industrial Average also closed marginally higher in a late summer, low-volume session of back-and-forth trading as investors debated whether to cash in or ride the market’s momentum.

“My vote is on the side of momentum,” said Jim Bell, president, chief investment officer at Bell Investment Advisors in Oakland, California. “Business leaders are quite confident. They’re irritated by the trade challenges but it looks to me as if all systems are go.”

Technology companies led the advance, offset by declines in energy .SPNY, telecom .SPLRCL and materials .SPLRCM sectors, among others.

Sears Holding Corp (SHLD.O) stock surged by 12.6 percent as its Auto Center partnership with Amazon.com Inc (AMZN.O) expanded, its services now available nationwide. The partnership was first announced in May. 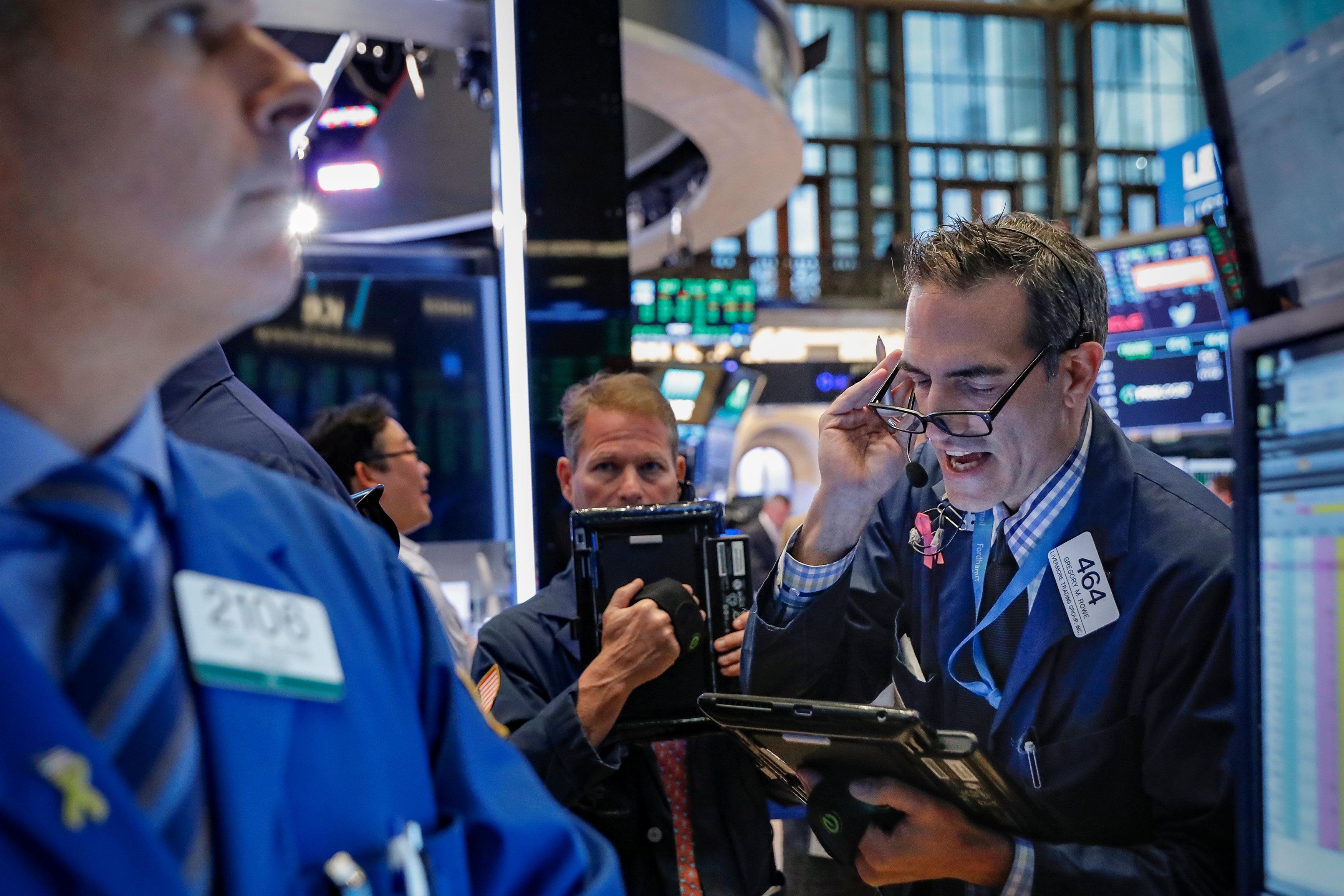 Of the 11 major sectors of the S&P 500, four ended the session in positive territory, with real estate .SPLRCR and technology posting the biggest percentage gains.

Campbell Soup Co (CPB.N) closed 2.1 percent lower after a New York Post report that the soup maker does not plan to sell itself.

Declining issues outnumbered advancing ones on the NYSE by a 1.13-to-1 ratio; on Nasdaq, a 1.02-to-1 ratio favored decliners.

Volume on U.S. exchanges was 5.58 billion shares, compared with the 6.18 billion average for the full session over the last 20 trading days.