The three major indexes dropped to their session’s low after the Financial Times reported the United States had turned down China’s offer of preparatory trade talks.

All the 11 major S&P sectors were in the red, a retreat that threatened to snap a four-day rally and pull U.S. stocks from 1-month highs.

The IMF forecast that the global economy will grow at a lower pace than it had expected in October, mainly reflecting signs of weakness in Europe.

“What’s concerning is half the profits from the S&P 500 companies come from overseas and in particular from Europe and Asia. If there is significant signs of a slowdown in those regions then it will weigh on sentiment,” said Michael Geraghty, equity strategist at Cornerstone Capital Group in New York City.

Halliburton fell 4.8 percent after it forecast lower revenue in key business areas in the first quarter. That, coupled with another drop in oil prices, dragged energy stocks .SPSY down 2.12 percent.

“It’s a risk-off trade today and a lot has to do with just concerns over global growth,” said Ryan Nauman, market strategist at Informa Financial Intelligence in Zephyr Cove, Nevada.

The Dow slipped below its 50-day moving average price, just two day after reclaiming the closely watched level of near-term momentum. The S&P and the Nasdaq held above their 50-day averages.

Arconic Inc (ARNC.N) tumbled 16.3 percent, the most on the S&P, after the aluminum products maker said it was no longer pursuing a sale. 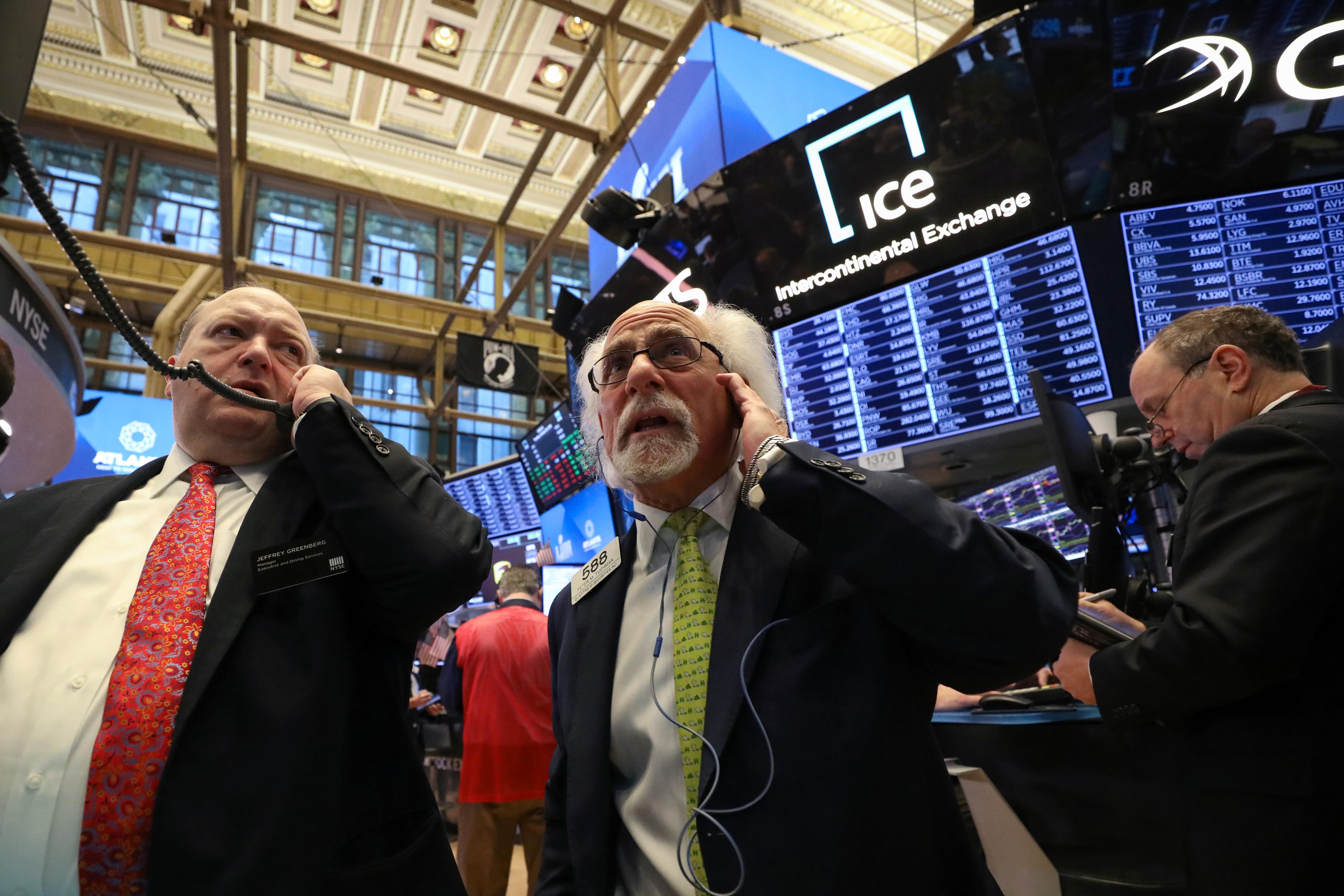 EBay Inc (EBAY.O) rose 5.8 percent after hedge funds Elliott Management and Starboard Value pushed for changes, including the sale of some of the e-commerce company’s businesses.

Reporting by Shreyashi Sanyal and additional reporting by Sruthi Shankar in Bengaluru; Editing by Arun Koyyur