European Central Bank President Mario Draghi said: “We are (in) a period of continued weakness and pervasive uncertainty” as he announced cuts to the bank’s growth and inflation forecasts.

“On the one hand, dovish talk could be bullish. On the other hand, maybe it is indicating just how slow things are over there,” said Chuck Carlson, chief executive officer at Horizon Investment Services in Hammond, Indiana.

“You wonder how long can the U.S. be the only horse dragging this global economy forward,” Carlson said. “The news on the ECB obviously points to, maybe you’re not going to get much help from Europe.”

Stocks have stalled after a strong rally to start 2019 that was fueled by optimism over a U.S.-China trade deal and expectations the Federal Reserve will be less aggressive on interest rates. The benchmark S&P 500 has climbed 9.7 percent this year, but investors have said it is unclear what will drive the next move higher for stocks.

“More than anything, we have been going up in a straight line for eight weeks and needed to take a break,” said Walter Todd, chief investment officer with Greenwood Capital in Greenwood, South Carolina.

The closely watched Dow Jones Transport Average fell 1.0 percent, its 10th consecutive drop for its longest streak of declines since February 2009. The transport index was dragged down by FedEx Corp shares, which dropped 3.0 percent as Citigroup Inc cut its quarterly profit estimates and price target for the package delivery company.

The S&P 500 closed below its 200-day moving average, a closely watched technical level, for the first time in about a month.

Consumer discretionary and financials were the worst performing major S&P 500 sectors. Utilities, a defensive group, was the lone major sector in positive territory. 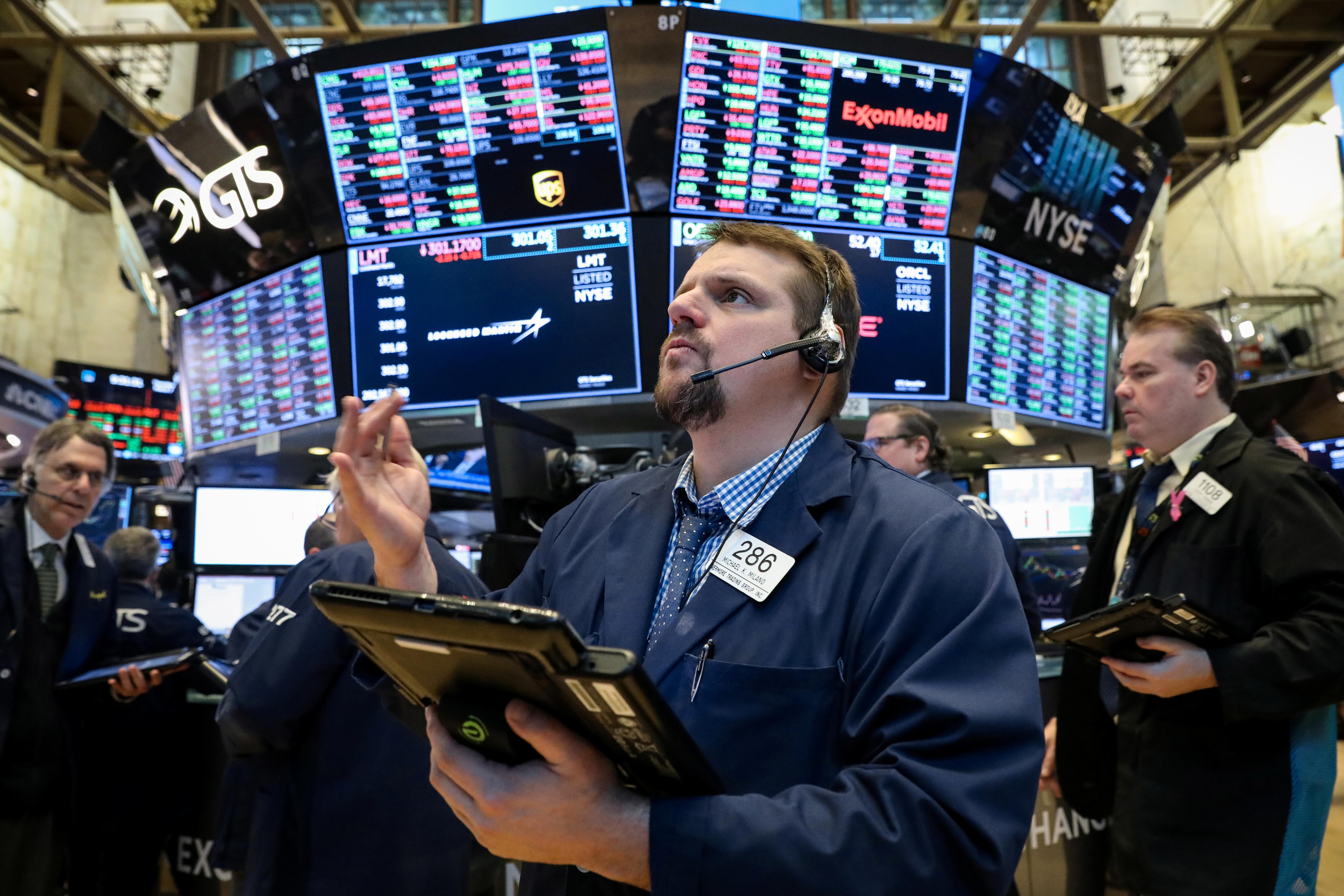 Declining issues outnumbered advancing ones on the NYSE by a 2.43-to-1 ratio; on Nasdaq, a 2.14-to-1 ratio favored decliners.

About 7.8 billion shares changed hands in U.S. exchanges, above the 7.4 billion daily average over the last 20 sessions.