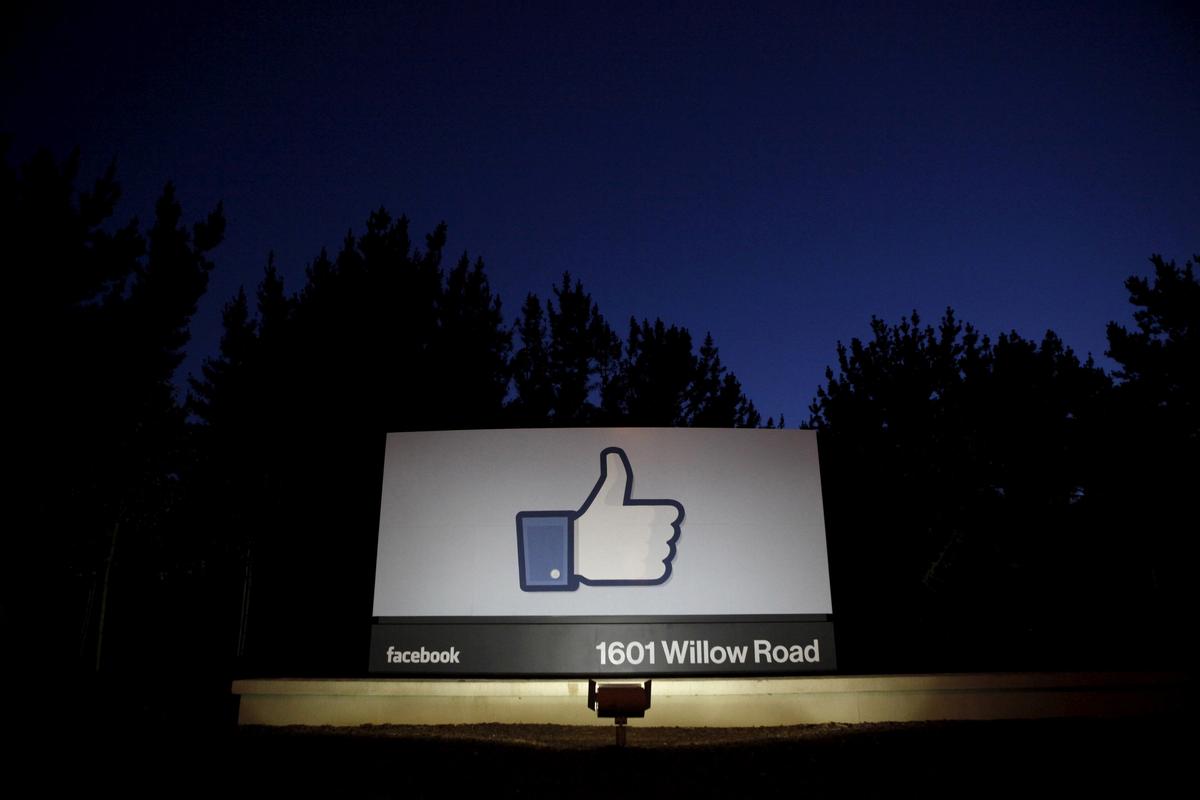 NEW YORK (Reuters) – U.S. stocks dropped on Monday, with the S&P and Nasdaq suffering their worst day in just over five weeks, as concerns over increased regulation for large tech companies was spearheaded by a plunge in Facebook shares.

The stock had its worst day since March 2014 and was down 10.8 percent from its closing record hit on Feb. 1, to put the stock squarely in correction territory, a drop of 10 percent from its high.

Facebook’s plunge weighed heavily on the S&P technology sector, down 2.11 percent, as well as the Nasdaq, off more than 2 percent. Both indexes had their worst daily performance since Feb. 8.

“What’s chilling to an investor is whether Facebook will be able to get advertisers to pay for the rich data they pay for today,” said Kim Forrest, Senior Portfolio manager, Fort Pitt Capital, Pittsburgh.

“Investors are not only concerned about losing advertising dollars. They’re also concerned these companies might come under relatively heavy regulation.”

FILE PHOTO: The sun rises behind the entrance sign to Facebook headquarters in Menlo Park before the company’s IPO launch, May 18, 2012. REUTERS/Beck Diefenbach/File Photo

The S&P once again fell below its 50-day moving average, seen as a technical support level, for the first time since early March. The Nasdaq came about 2 points from its 50-day before paring losses.

Investors were also cautious ahead of a two-day monetary policy meeting at the U.S. Federal Reserve starting on Tuesday.

The market believes the Fed is set to raise interest rates on Wednesday as Thomson Reuters data shows traders expect a quarter-percentage-point hike to be a certainty. Investors are now grappling with the question of whether an improving economy could lead to more hikes than anticipated.

“Some of the more salient questions investors have is, has the tone of the Fed, which this time last year was certainly more skewed towards being dovish, has it now extended to becoming more hawkish?” said Eric Freedman, chief investment officer for U.S. Bank Wealth Management in Minneapolis.

Industrials fell 0.82 percent against the backdrop of worries about a global trade war, which are set to dominate a two-day G20 meeting in Argentina.

Selling was broad, with each of the 11 major S&P sectors in the red. The CBOE Volatility index touched a high of 21.87 in one of its sharpest gains since the market sell-off in February.

Declining issues outnumbered advancing ones on the NYSE by a 3.71-to-1 ratio; on Nasdaq, a 2.68-to-1 ratio favored decliners.

Volume on U.S. exchanges was 6.9 billion shares, compared to the 7.2 billion average over the last 20 trading days.