(Reuters) – Wall Street’s major indexes fell on Monday, weighed down by a weak U.S. construction spending report and declines in healthcare shares, as an initial rally on optimism over a U.S.-China trade deal faded.

U.S. construction spending unexpectedly fell in December as investment in both private and public projects dropped, leading economists to expect that the government will trim its economic growth estimate for the fourth quarter.

Before turning negative, stocks had climbed following a report that U.S. President Donald Trump and Chinese President Xi Jinping could reach a formal trade deal at a summit around March 27.

Optimism over the world’s two largest economies reaching a trade truce already has been a significant factor fuelling the market’s rally since late December, along with investors’ belief that the Federal Reserve will not be aggressive in raising interest rates. The S&P 500 remains up more than 11 percent in 2019.

“There has been a pricing in of this expectation throughout the early months of 2019, which is partly why you have had such a bullish market,” said Alicia Levine, chief strategist at BNY Mellon Investment Management in New York.

“The market expects a trade deal with China, so there is a little bit of sell on the news here,” added Levine, who said stocks ultimately could still move higher on a trade deal.

Levine and other market watchers also pointed to the 2,800 level for the S&P 500 as a key technical level. The benchmark index rose as high as 2,816.88 during the session.

“You’d have to point the finger (for the market’s drop) at the China trade negotiations and the fact that we hit technical resistance again at 2,800 on the S&P 500,” said Bucky Hellwig, senior vice president at BB&T Wealth Management in Birmingham, Alabama.

Healthcare, which has underperformed this year, was the biggest declining major S&P 500 sector, sinking 1.3 percent. Shares of UnitedHealth Group fell 4.1 percent, weighing on the Dow, while shares of other health insurers also fell sharply.

Still, indexes finished above their session lows. Materials rose 0.44 percent, the most among the S&P 500 sectors.

In corporate news, AT&T shares fell 2.7 percent as the company is restructuring its WarnerMedia business, according to a memo sent to employees on Monday and seen by Reuters. 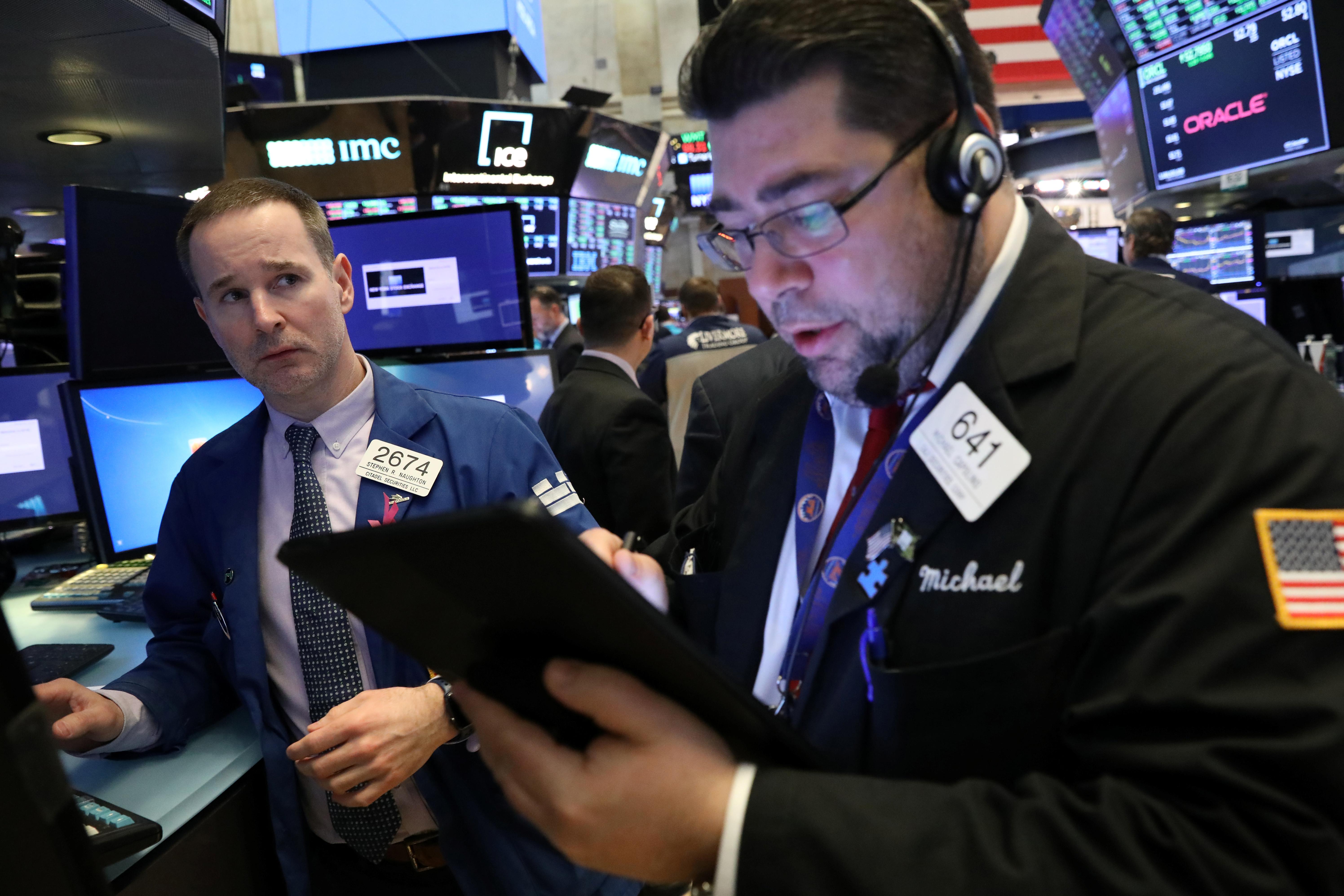 Declining issues outnumbered advancing ones on the NYSE by a 1.38-to-1 ratio; on Nasdaq, a 1.62-to-1 ratio favored decliners.

About 7.9 billion shares changed hands in U.S. exchanges, above the 7.3 billion daily average over the last 20 sessions.