NEW YORK (Reuters) – U.S. stocks rose on Thursday as technology and other growth sectors rebounded from the prior day’s declines and financial shares snapped a 13-day losing streak.

The technology sector rose 1.1 percent, adding the most gains to the S&P 500. The sector’s top gainer was consulting firm Accenture PLC, which rose 5.9 percent after it reported quarterly revenue and profit above estimates.

The S&P 500 financial index rose ahead of results from the second round of the U.S. Federal Reserve’s stress test for banks and lenders.

Financial stocks have been battered recently as the Treasury yield curve between 2-year and 10-year notes flattened. Some investors said the financial sector was due to bounce back after its string of losses.

Earlier in the day, the S&P 500 seesawed between gains and losses. Some investors cited caution, given lingering worries regarding U.S. international trade relations, as the end of the quarter approached.

“There’s been inconsistency out of the White House as to what the (trade) policy actually is,” said Brian Battle, director of trading at Performance Trust Capital Partners in Chicago. “We’re all just waiting and tapping our foot to see the actual policy.”

Walgreens Boots Alliance Inc, already under pressure after its third-quarter earnings report, tumbled 9.9 percent after touching a more than 3-1/2-year low. It weighed the most on the Dow, followed by UnitedHealth Group Inc, which fell 1.3 percent.

Amazon’s reach was not limited to the health sector. Its plans to entice entrepreneurs to set up their own package-delivery businesses sent shares of United Parcel Service Inc and FedEx Corp skidding 2.3 percent and 1.3 percent, respectively.

Starbucks Corp dropped 2.6 percent after the company said its chief financial officer, Scott Maw, will retire at the end of November.

Advancing issues outnumbered declining ones on the NYSE by a 1.52-to-1 ratio; on Nasdaq, a 1.23-to-1 ratio favored advancers. 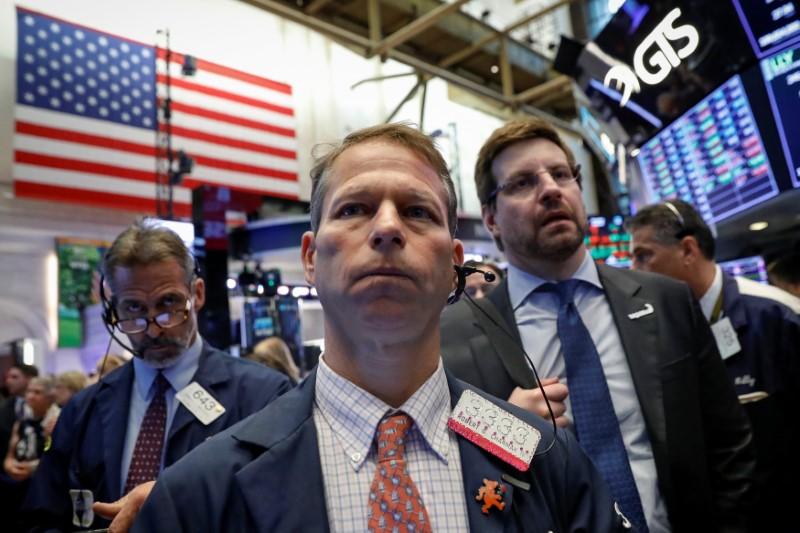 Volume on U.S. exchanges was 7.13 billion shares, compared with the 7.28 billion average for the last 20 trading days.