All three major U.S. stock indexes were on track to end the week at a loss.

China denied accounts by some U.S. officials that it had offered a package to slash the U.S. trade deficit by up to $200 billion, but said the consultations were “constructive,” in the latest back-and-forth message to emerge from the high-level summit.

Boeing Co (BA.N) shares rose on hopes for a reduction in the United States-China trade deficit, after a U.S. source said the aircraft maker would be major beneficiary if President Donald Trump were to accept the reported Chinese offer to narrow the trade gap. Boeing is the largest U.S. exporter and sells about a quarter of its commercial aircraft to Chinese customers.. Boeing shares advanced 1.9 percent and helped pull the Dow Jones Industrial Average into positive territory.

Small-cap stocks continued to outperform, and the Russell 2000 hit a record high for a third consecutive session.

Small-cap stocks “are somewhat insulated from how the trade talks might happen barring any kind of … additional threat from tariffs,” Pursche said. “It makes sense that they’re not under the same type of pressure.”

Yields of U.S. 10-year Treasuries pulled back from near seven-year highs as buyers emerged after a bond sell-off earlier in the week prompted by growing inflation worries. For the week, the 10-year yield was on track to increase 12 basis points, its biggest weekly gain in a month.

While banks typically benefit from higher interest rates, some investors have expressed skepticism that the banking sector has much further room to rise unless loan growth accelerates or regulations slacken considerably. 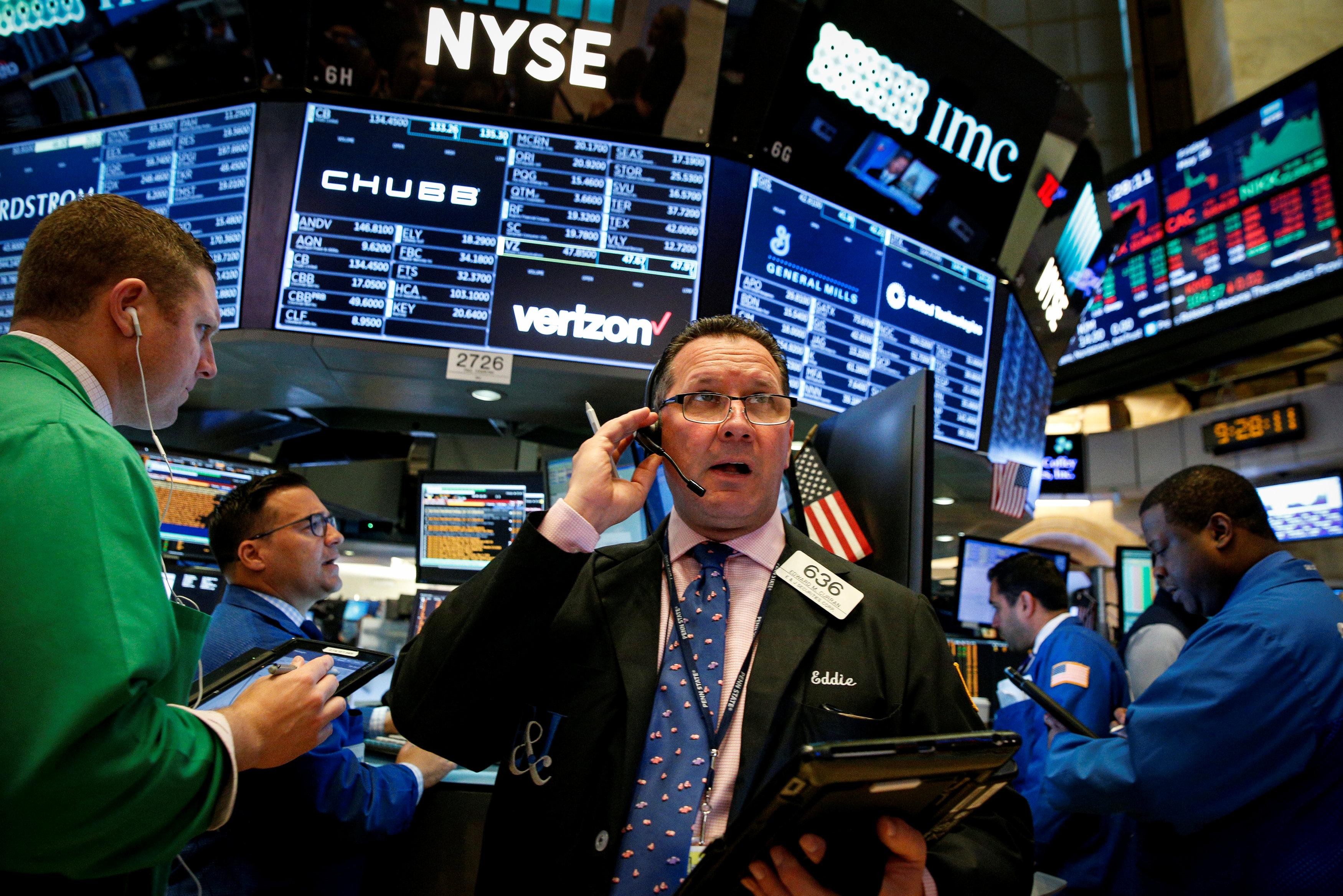 Alphabet Inc (GOOGL.O) stock slid 1.0 percent ahead of an expected story about the tech bellwether on CBS News’ “60 minutes” this weekend.

The Philadelphia Semiconductor index .SOX was down 1.1 percent.

The S&P Energy index down 0.7 percent for the day, but was on track for its fifth weekly gain over the last six weeks.

Crude prices fell on Friday, but looked set to post a rise for the week in what would be a sixth straight week of gains, boosted by strong demand, looming U.S. sanctions on Iran and plummeting Venezuelan production.

Declining issues outnumbered advancing ones on the NYSE by a 1.01-to-1 ratio; on Nasdaq, a 1.00-to-1 ratio favored advancers.