Escalating tariff rhetoric cooled down on news that Beijing will send a delegation to Washington to help resolve the growing trade conflict between the world’s two largest economies.

“The market’s getting a boost with some prominent companies coming in with some decent earnings, such as Walmart,” said Chuck Carlson, chief executive officer at Horizon Investment Services in Hammond, Indiana. “But I think this also shows the schizophrenic nature of the market when short-term market action is pegged so closely to trade wars and tariff talks, especially with China.” 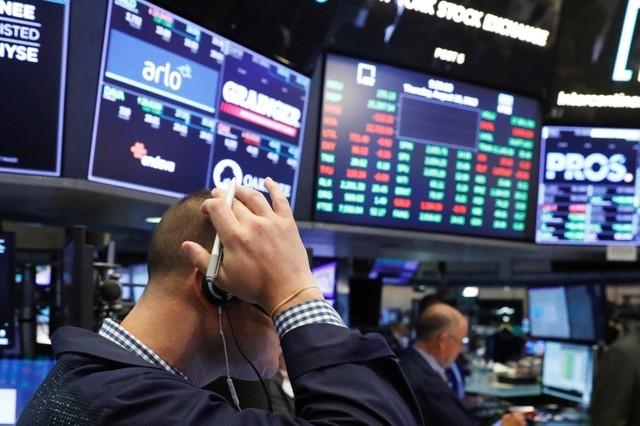 All 11 major sectors of the S&P 500 ended the session higher, with telecom .SPLRCL and consumer staples .SPLRCS posting the largest percentage gains.

Second-quarter reporting season is winding down. With 463 of S&P 500 companies having posted earnings, 79.3 percent have exceeded analyst estimates, according to Thomson Reuters I/B/E/S.

Advancing issues outnumbered declining ones on the NYSE by a 2.97-to-1 ratio; on Nasdaq, a 2.40-to-1 ratio favored advancers.

Volume on U.S. exchanges was 6.39 billion shares, compared with the 6.53 billion-share average for the full session over the last 20 trading days.