LIPETSK, Russia (Reuters) – French fries at McDonald’s restaurants from Moscow to Murmansk will be Russian from now on, as the American fast-food chain turns to homegrown potatoes to deal with rouble volatility caused by fluctuating oil prices and Western sanctions.

McDonald’s Corp (MCD.N), which opened in Russia in 1990 as the Soviet Union collapsed, has been gradually turning to local ingredients in its Russian outlets for everything from Big Macs to chicken burgers since it opened its doors there.

But till now it had relied on frozen French fries from the Netherlands and Poland as Russian spuds weren’t quite right.

“There was no potato which would suit us in terms of quality – color, taste, size – these are all the details that are important for us,” Khamzat Khasbulatov, chairman of McDonald’s Russia, told Reuters.

The firm had worked on a project to use local potatoes in 2011 but the plan fell through when European financing was frozen in a row over Russia’s annexation of Crimea in 2014. The rouble has gyrated since then with oil price swings and due to Western sanctions. 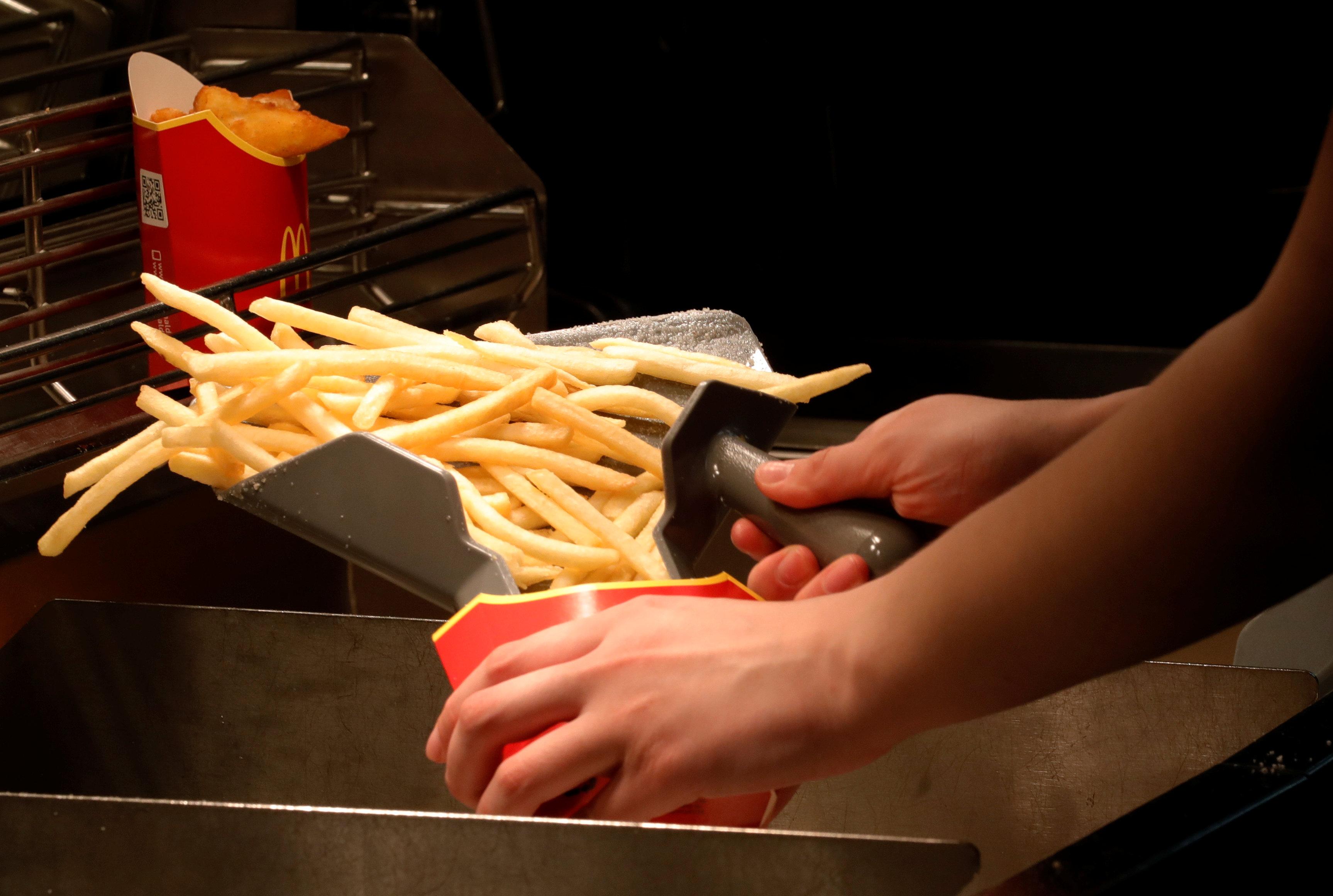 “The rouble’s volatility was one of the major components of our interest in localization,” Khasbulatov said.

Now a new plant near Lipetsk, a city 450 km (280 miles) south of Moscow, using potatoes grown on local farms will supply frozen fries to the chain of 651 outlets across Russia under a long-term contract, raising the share of the chain’s locally sourced products to 98 percent.

“This gives us the possibility to continue our development in a more stable way,” the chairman said. “It minimizes the risks connected to customs and administrative decisions, and guarantees stable, predictable prices in roubles.”

The plant, worth 8.7 billion roubles, was built jointly by Russian agricultural group Belaya Dacha and the Netherlands-based Lamb Weston Meijer, both long-time partners of McDonald’s.

The factory has capacity to process 200,000 tonnes of potatoes a year, washing, cutting and freezing the vegetables.

The rouble has recovered some ground as the price of oil, a major revenue earner for Russia, has risen from a low in 2016.

Russia’s response to Western sanctions included a 2014 ban on a range of Western food imports.

“Sanctions as well as counter sanctions not only affect our company but the whole industry and the economy,” said Khasbulatov, whose firm has 50,000 Russian employees and more than 160 domestic suppliers.

“But in any case we continue our development, continue to build new restaurants and modernize existing ones,” he said, adding that firm opened 41 restaurants in Russia in 2017.