SINGAPORE (Reuters) – Singapore kicked off Asia’s largest aerospace event under heightened scrutiny on Tuesday as thousands of visitors shunned the Singapore Airshow over coronavirus fears, while all eyes were on a sensitive fly-off between U.S. and Chinese fighters.

A view of an empty booth at the Singapore Airshow in Singapore February 11, 2020. REUTERS/Edgar Su

Organizers hailed a “strong show of support” as the city-state’s defense and trade ministers inaugurated the Feb. 11-16 event, with official forecasts of attendance scaled down to 40,000 trade visitors from 45,000 on Sunday.

Officials said they had taken extra precautions including heat-screening of attendees for signs of fever.

But foreign reporters and delegates estimated well below 10,000 people were attending on opening day, usually the show’s busiest, and another signature of air shows – big-spending military delegations – was less evident than in the past.

Some spaces where exhibitors including Chinese planemaker COMAC had pulled out were turned into “rest areas” or roped off.

Over 70 companies have pulled out of one of Southeast Asia’s top economic events, citing fears over the outbreak.

Those fears have spilled over to broader concerns over demand for aviation, one of the industries most exposed to the epidemic that has killed more than 1,000 people and infected over 40,000, mostly in mainland China.

“The numbers are even worse this week, more like 60-70% down over pre-crisis schedule and changing daily,” head consultant Rob Morris said in a post on Twitter on Tuesday.

It said Papua New Guinea airline PNG Air would become a launch customer for a short take-off and landing version of its ATR 42-600 with an order for three aircraft.

The deal is part of a push into the lucrative services sector as the planemaker looks to boost margins.

Korean Air Lines (003490.KS) ordered Pratt & Whitney engines for up to 50 Airbus (AIR.PA) A321neo jets. It is also due to enter talks to be part of Pratt’s repair network for other airlines, matching Delta Air Lines (DAL.N) and Lufthansa (LHAG.DE) .

The visual highlight of the show, perhaps the most intriguing in terms of choreography, was the prospect of near-sequential displays by U.S. and Chinese fighters.

China and the United States, which this year signed a Phase 1 deal aimed at easing trade tensions between them, have been jostling for influence in Asia as China seeks to lay claim over part of the South China Sea.

Singapore has a close military relationship with the United States, training regularly with U.S. forces and permanently basing squadrons of its aircraft in America.

The United States brings F-35B to Singapore a month after it approved sale of 12 jets to the city-state. 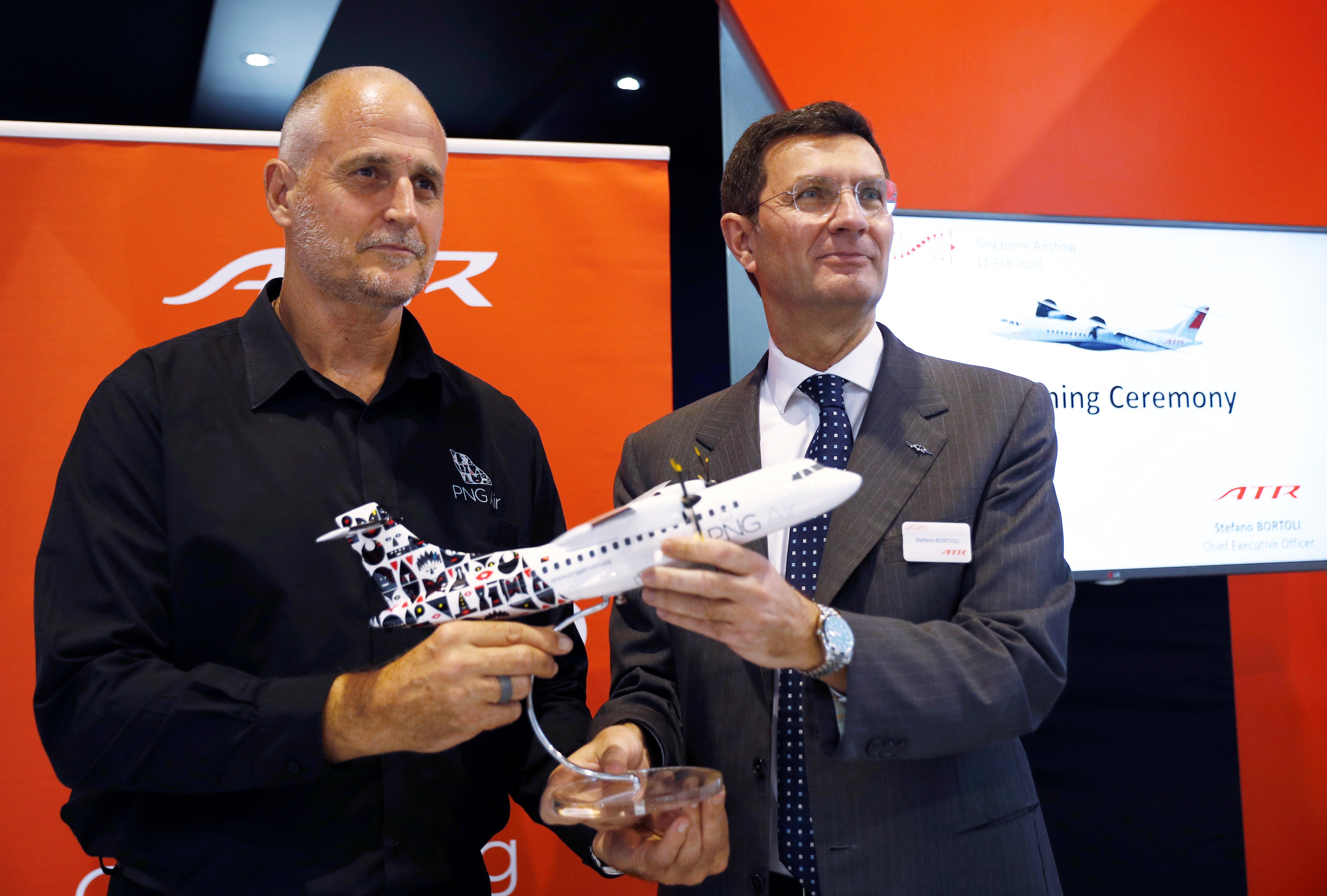 “This is a furtherance of our relationship and our bilateral ties with Singapore,” U.S. State Department Assistant Secretary for Political-Military Affairs R. Clarke Cooper said.

“Singapore is walking a tightrope between its alliance with the United States reflected in decision to buy F35 and concerns about antagonizing China,” one Western defense delegate said, noting the two displays were due to be separated by a gap.