CARACAS/MARACAIBO (Reuters) – Jittery Venezuelans on Friday rushed to shops and lined up at gas stations on concerns that a monetary overhaul to lop off five zeros from prices in response to hyperinflation could wreak financial havoc and make basic commerce impossible.

People line up to withdraw cash from an automated teller machine (ATM) outside a Banco Mercantil branch in Caracas, Venezuela August 17, 2018. REUTERS/Marco Bello

Shoppers sought to ensure their homes were fully stocked with essentials such as food and dry goods and their tanks full before the measure decreed by President Nicolas Maduro takes effect on Monday.

Inflation hit 82,700 percent in July, according to the opposition-run congress, as the country’s socialist economic model continued to unravel, meaning purchases of basic items such as a bar of soap or a kilo of tomatoes require piles of cash that is often difficult to obtain.

“I came to buy vegetables, but I’m leaving because I’m not going to wait in this line,” said Alicia Ramirez, 38, a business administrator, leaving a supermarket in the western city of Maracaibo. “People are going crazy.”

The change appears unlikely to generate the chaos of December 2016 when Maduro removed the largest note in circulation without providing a replacement for it. That led to protests, lootings and hundreds of arrests as the country was effectively left without legal tender.

Motorists line up for fuel at a gas station of the Venezuelan state-owned oil company PDVSA in Caracas, Venezuela August 17, 2018. REUTERS/Marco Bello

Drivers also rushed to fill up on Venezuela’s heavily-subsidized gas, the world’s cheapest at around 2,896 gallons per U.S. penny. Some drivers were worried about paying for gas come Monday as there will be no new legal tender small enough to pay for a full tank.

Maduro also said this month that gas price should be increased, but has not provided a timeframe for the price hike. A half-dozen sources at service stations said they had not been briefed about any changes and were not expecting an imminent rise in prices.

“It’s better to be safe than to try to go out during the weekend and not to find open gas stations… I think people are more sad than angry about this,” said teacher Ana Perez, 50, as she lined up in a station in the once industry-filled city of Valencia.

Maduro, who has said the country is victim of an “economic war” led by political adversaries, said the new monetary measure would bring economic stability to the struggling OPEC nation.

But his critics have said the move is little more than an accounting maneuver that would do nothing to slow soaring prices. They blame inflation on failed socialist policies and indiscriminate money printing.

Because many transactions now happen via debit cards over point-of-sale terminals, many worry that the change – which banking industry leaders have said was carried out too quickly – could collapse financial networks. 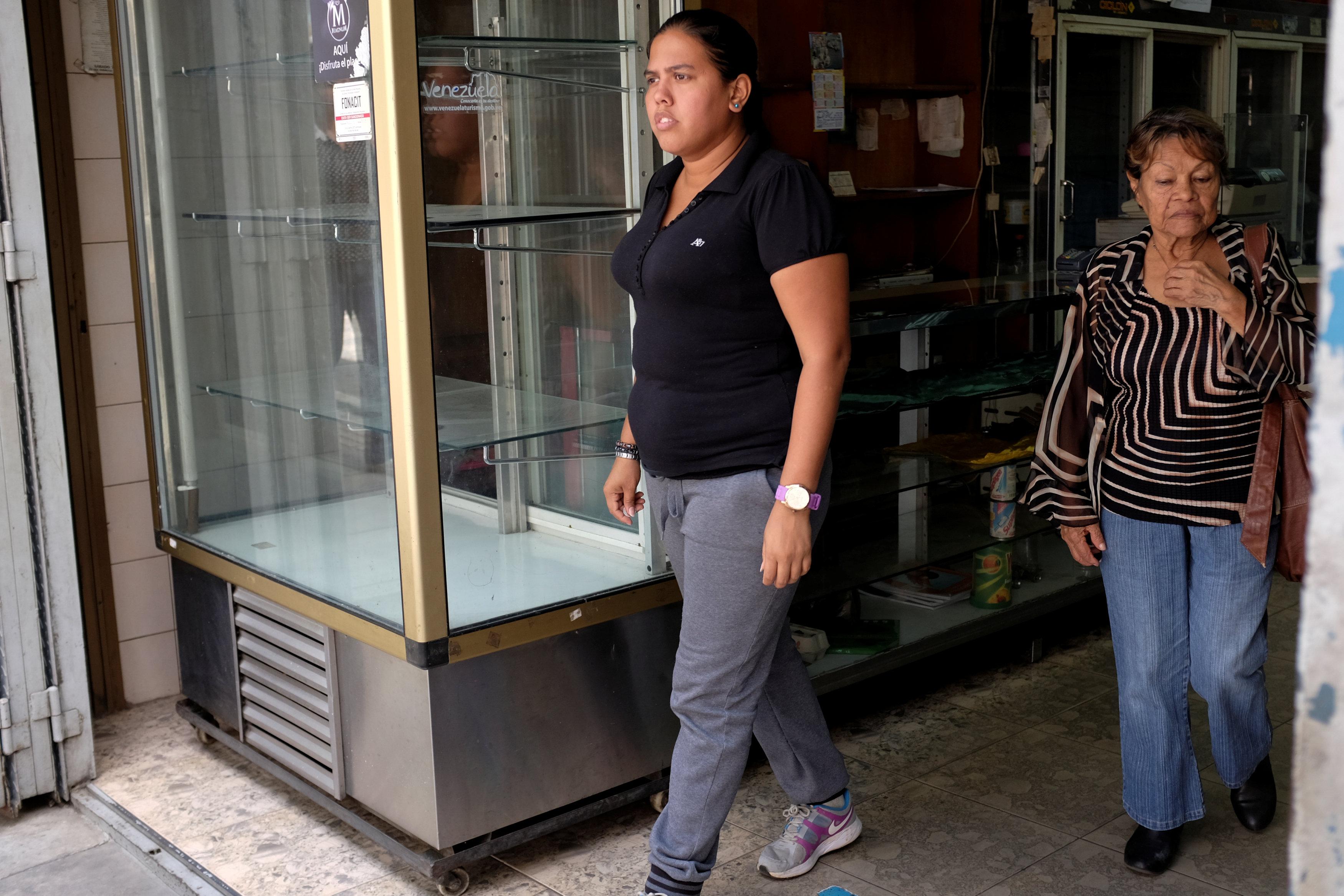 Maduro has declared a public holiday for Monday, when a new set of bills will be introduced with the lower denominations. Internet banking operations will be halted for several hours starting on Sunday evening.

But the primary difference between the upcoming change and Maduro’s 2016 currency decision is that in this instance, most of the current ones will coexist with the new notes for an undetermined period while the new bills come into circulation.

That will in some circumstances leave consumers in the confusing situation of having to use old bills with face value of 1,000,000 bolivars to make purchases valued at 10 bolivars in the new denomination.

Poor Venezuelans without bank accounts have for months been carrying wads of cash to make basic purchases.

Buying one kilo of cheese, worth the equivalent of $1.14 at the most widely used exchange rate, requires 7,500 notes of 1,000 bolivar denomination – a note that was only brought fully into circulation in 2017.

“This is going to be complete disaster, we don’t have information,” said Yoleima Manrique, 42, assistant manager of a home appliance store in Caracas. “It’s going to be crazy for the clients and for us.”