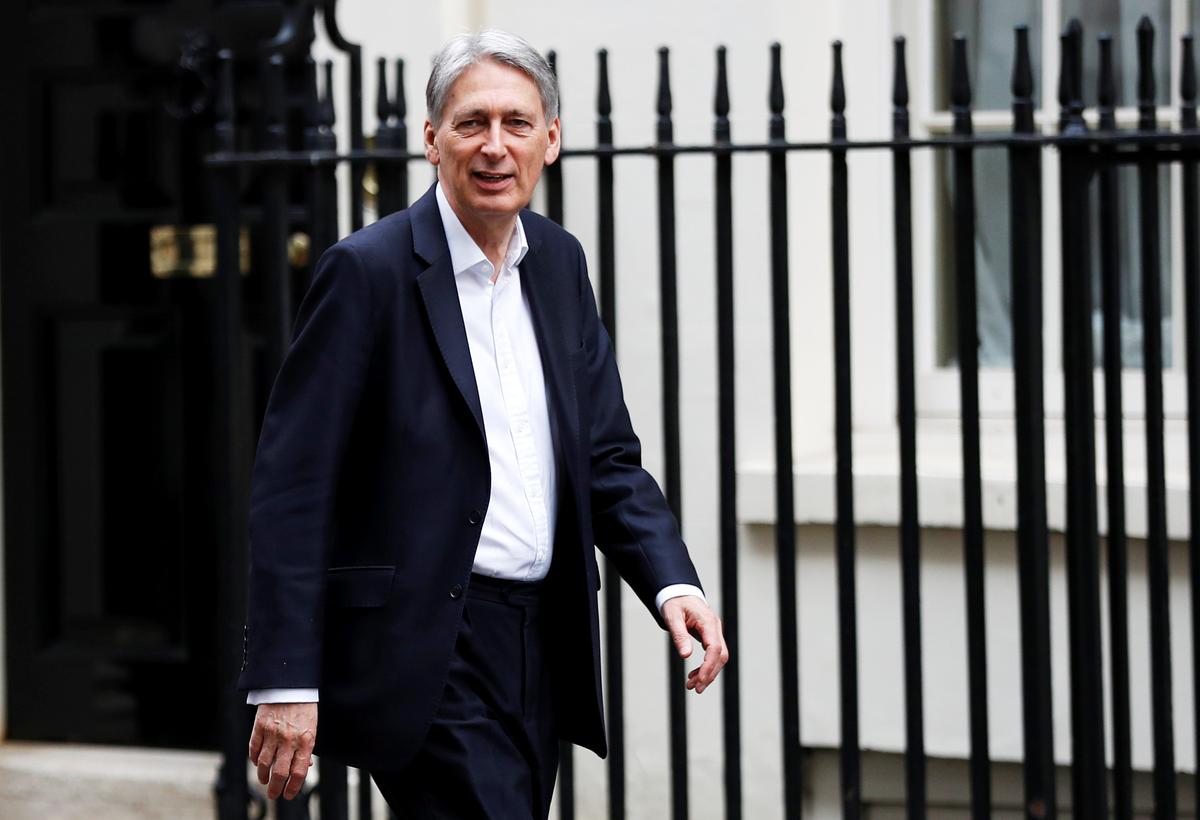 LONDON (Reuters) – British finance minister Philip Hammond said on Sunday that he might be able to relax his grip on public spending at the end of this year but he stuck to his plan to cut the country’s high public debt levels.

“There is light at the end of the tunnel because what we are about to see is debt starting to fall after it’s been growing for 17 continuous years,” Hammond told BBC television ahead of a half-yearly update on the public finances on Tuesday.

“That is a very important moment for us. But we are still in the tunnel at the moment. We have to get debt down,” he said.

Britain’s budget deficit probably fell to about two percent of annual economic output in the current financial year, its lowest since 2002 and way down from 10 percent in 2010 when many government departments began cutting spending sharply.

Faced with uncertainty about what Brexit will mean for the world’s sixth-biggest economy and frustration among voters with eight years of austerity, Hammond has already pushed back a target of wiping out the deficit into the mid-2020s. He came up with extra spending in a budget plan in November.

But he remains under pressure from the opposition Labour Party and some lawmakers in his Conservative Party to spend more on the over-stretched health system and other services.

Stressing the limits on his room for maneuver, he told the BBC on Sunday it was not clear that recent improvements in Britain’s economy – such as a pickup in weak productivity growth – represented a long-term change.

“We should be very careful at looking at single figures – one quarter or two quarters. We need to look at what is happening sustainably in the economy,” he said.

“But if there is the flexibility, the space to do something, then we will decide in the autumn how to do that,” he said, adding the government would continue to balance the need for investment against the push to bring down public debt levels.

Hammond confirmed he plans no new tax or spending measures in Tuesday’s budget statement which instead will be largely a low-key update of official economic forecasts. He is also due to launch some policy reviews.