LONDON (Reuters) – Britain told manufacturers to ramp up the country’s production of ventilators and ordered private hospitals to prepare for an overspill of patients from the public health service as the death toll from coronavirus grew on Saturday.

FILE PHOTO: Gauges to regulate oxygen on a ventilator are seen at a lab run by the University Health Network in Toronto, Ontario, Canada May 24, 2019. REUTERS/Chris Helgren/File Photo

Prime Minister Boris Johnson, who has been criticized for so far not following more draconian steps taken by other European countries, was preparing to ban mass gatherings from next week, a government source said.

Health authorities in England announced a further 10 coronavirus deaths, almost doubling since Friday although the toll remains lower than in Italy, Spain and France.

“Ministers are working with the chief scientific adviser and chief medical officer on our plan to stop various types of public events, including mass gatherings, beginning next week,” the government source said.

Johnson’s office said later on Saturday that he was due to speak to manufacturers on Monday about supporting the production of essential medical kit.

Engineers had been asked to find ways to quickly produce more ventilators in Britain which the government would buy.

Germany and Italy have scrambled to get more ventilators, and manufacturers warned on Friday that hospitals everywhere faced a lack of equipment needed to treat coronavirus patients.

The Sunday Telegraph said companies including Rolls-Royce (RR.L) had been asked by Johnson to transform their production lines to produce ventilators as part of a “national effort.”

The government was also negotiating with healthcare firms about paying for thousands of beds in private hospitals.

“The public are right to be proud of the NHS, but the scale of the challenge we face means we can’t do this alone,” the head of the public National Health Service, Simon Stevens, said.

All hospitals would be given instructions on Monday, he said.

The political editor of broadcaster ITV, Robert Peston, said the government planned to instruct people aged over 70 to stay in strict isolation for four months. Johnson’s office declined to comment on the report.

The government plans to publish legislation next week that would give it powers to deal with the outbreak, including to stop mass gatherings and compensate organizations.

U.S. President Donald Trump’s administration said it had decided to include Britain and Ireland in a coronavirus travel ban that it has imposed on other European nations.

“This is a decision for the U.S.,” a spokesperson for Britain’s Foreign Office said.

While the government was preparing to ban mass gatherings, some organizations have already moved ahead with shutdowns.

On Friday, England’s soccer Premier League suspended all matches until April 4 and the London Marathon was postponed.

Queen Elizabeth, who is 93, canceled some public engagements for next week.

Johnson postponed for a year local and mayoral elections in England that had been due to take place in May.

As of Saturday morning, 21 people had died after testing positive for COVID-19 in Britain. 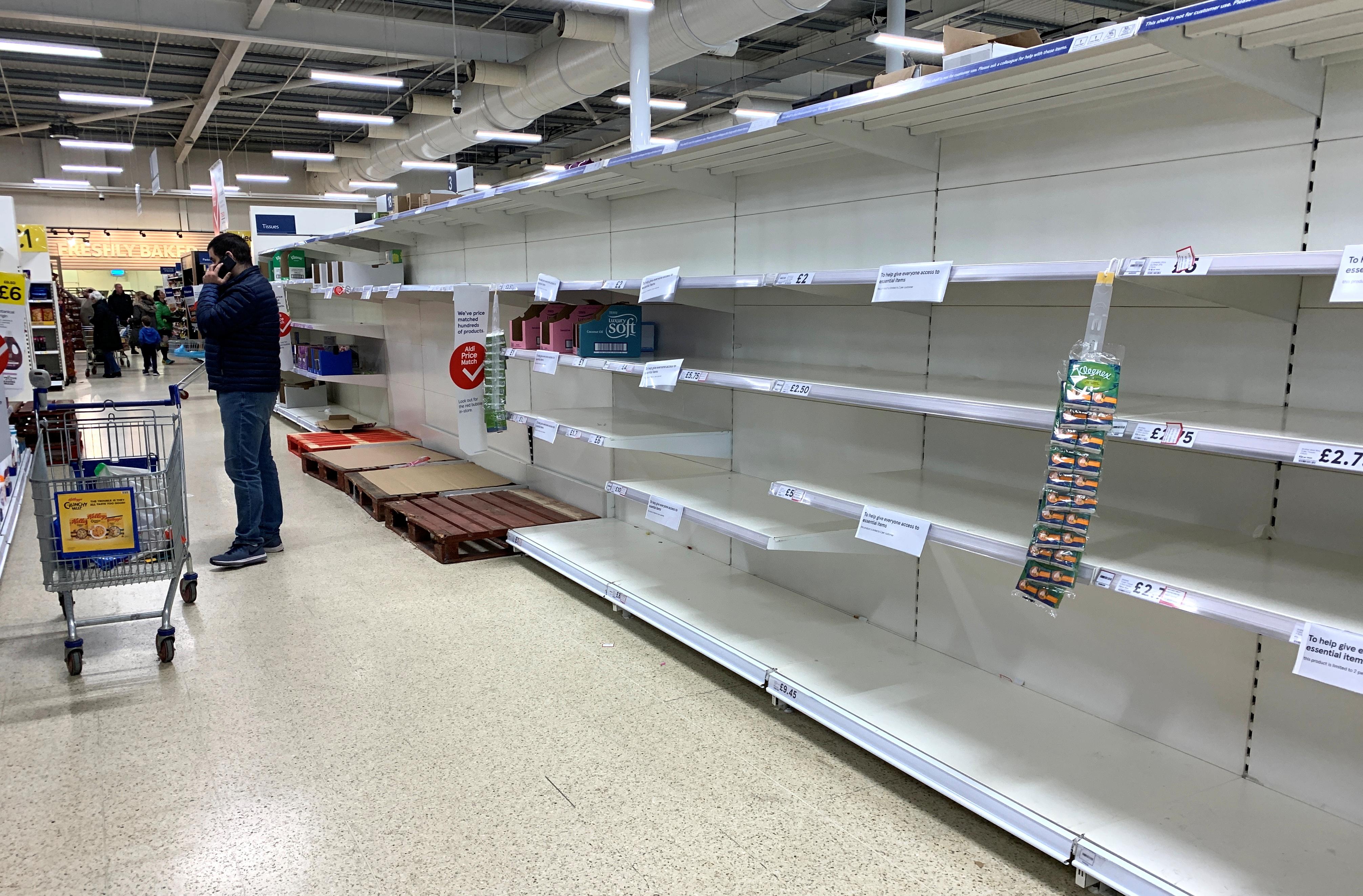 “All 10 individuals were in the at-risk groups,” Chris Whitty, chief medical officer for England, said in a statement.

By comparison, Italy said its death toll from COVID-19 rose to 1,441 and France reported an increase to 91.

Britain’s health ministry said the number of confirmed positive tests for coronavirus in the country rose to 1,140 on Saturday, a 43% increase from the figure of 798 given on Friday.