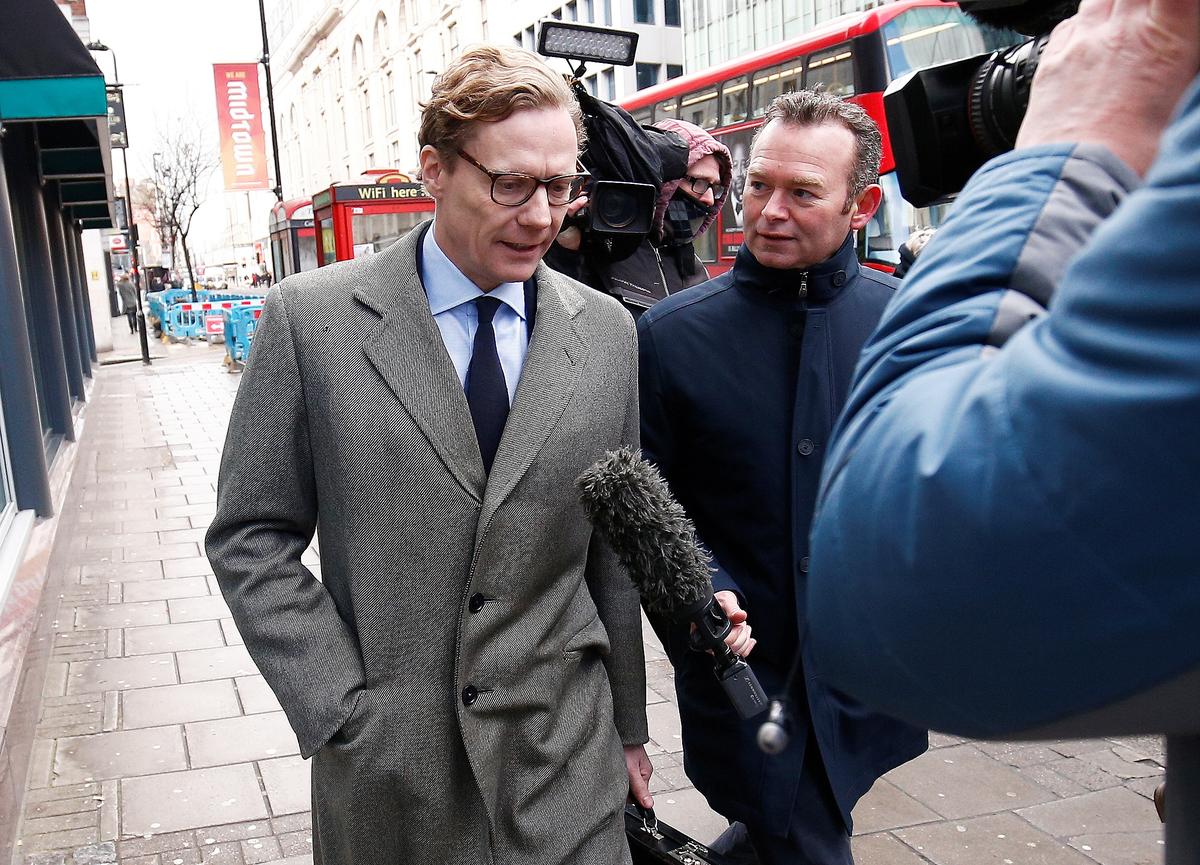 Facebook (FB.O) shares closed down nearly 7 percent on Monday, wiping nearly $40 billion off its market value as investors worried that damage to the reputation of the world’s largest social media network would deter users and advertisers.

Elizabeth Denham, the head of Britain’s Information Commission, is seeking a warrant to search the offices of consultancy Cambridge Analytica after a whistleblower revealed it had harvested the private information of millions of people to support Trump’s 2016 U.S. presidential campaign.

U.S. and European lawmakers have demanded an explanation of how the consulting firm gained access to the data in 2014 and why Facebook failed to inform its users, raising broader industry questions about consumer privacy.

“We are looking at whether or not Facebook secured and safeguarded personal information on the platform and whether when they found out about the loss of the data they acted robustly and whether or not people were informed,” Denham told BBC Radio.

Created in 2013, Cambridge Analytica markets itself as a source of consumer research, targeted advertising and other data-related services to both political and corporate clients.

According to the New York Times, it was launched with $15 million in backing from billionaire Republican donor Robert Mercer and a name chosen by the-then future Trump White House adviser Steve Bannon.

Facebook says the data were harvested by a British academic, Aleksandr Kogan, who created an app on the platform that was downloaded by 270,000 people, providing access not only to their own personal data but also their friends’.

Facebook said Kogan then violated its policies by passing the data to Cambridge Analytica. Facebook has since suspended both the consulting firm and its parent, Strategic Communication Laboratories (SCL), a government and military contractor.

Facebook said it had been told that the data were destroyed.

FACTBOX-Who is Cambridge Analytica and what did it do?

“If this data still exists, it would be a grave violation of Facebook’s policies and an unacceptable violation of trust and the commitments these groups made,” Facebook said.

Cambridge Analytica has denied all the media claims and said it deleted the data after learning the information did not adhere to data protection rules. On Tuesday its senior staff could be seen entering their office in central London.

“We are not alone in using data from social media sites to extract user information,” Cambridge Analytica said. “No Facebook data was used by our data science team in the 2016 presidential campaign.”

Information Commissioner Denham said on Monday she was seeking a warrant to access the offices of Cambridge Analytica after seeing an investigation by Britain’s Channel 4 news which secretly recorded its executives boasting of their ability to sway elections.

She said it would not take long to obtain the warrant.

Facebook said it had hired forensic auditors from the firm Stroz Friedberg to investigate and determine whether Cambridge Analytica still had the data.

“Auditors from Stroz Friedberg were on site at Cambridge Analytica’s London office this evening,” the company said in a statement late Monday.

“At the request of the UK Information Commissioner’s Office, which has announced it is pursuing a warrant to conduct its own on-site investigation, the Stroz Friedberg auditors stood down.”

The Information Commission can currently impose fines of up to 500,000 pounds ($700,000) but it will gain the power to fine an organization up to 4 percent of its global turnover when new data protection legislation comes into force in May.

The criticism of Cambridge Analytica presents a new threat to Facebook, which is already under attack over Russia’s alleged use of Facebook tools to sway U.S. voters with divisive and false news posts before and after the 2016 election.

“This story comes on the back of increasing scrutiny and societal unease with FB’s potential impact on kids as well as increasing concerns around the power of mega cap Internet names, setting the stage for deeper investigation,” Deutsche Bank analyst Lloyd Walmsley wrote in a note, keeping his “buy” rating on Facebook stock.

Walmsley said he was worried “about how scrutiny could ultimately impact Facebook’s ability to gather and deploy data for ad targeting, which has been critical to ad efficacy and budget growth”.

The company said last month it had 1.4 billion active daily users, up 14 percent from a year earlier. But the number of daily users in the United States and Canada fell for the first time in its history, dipping in the company’s home market by 700,000 from a quarter earlier to 184 million.