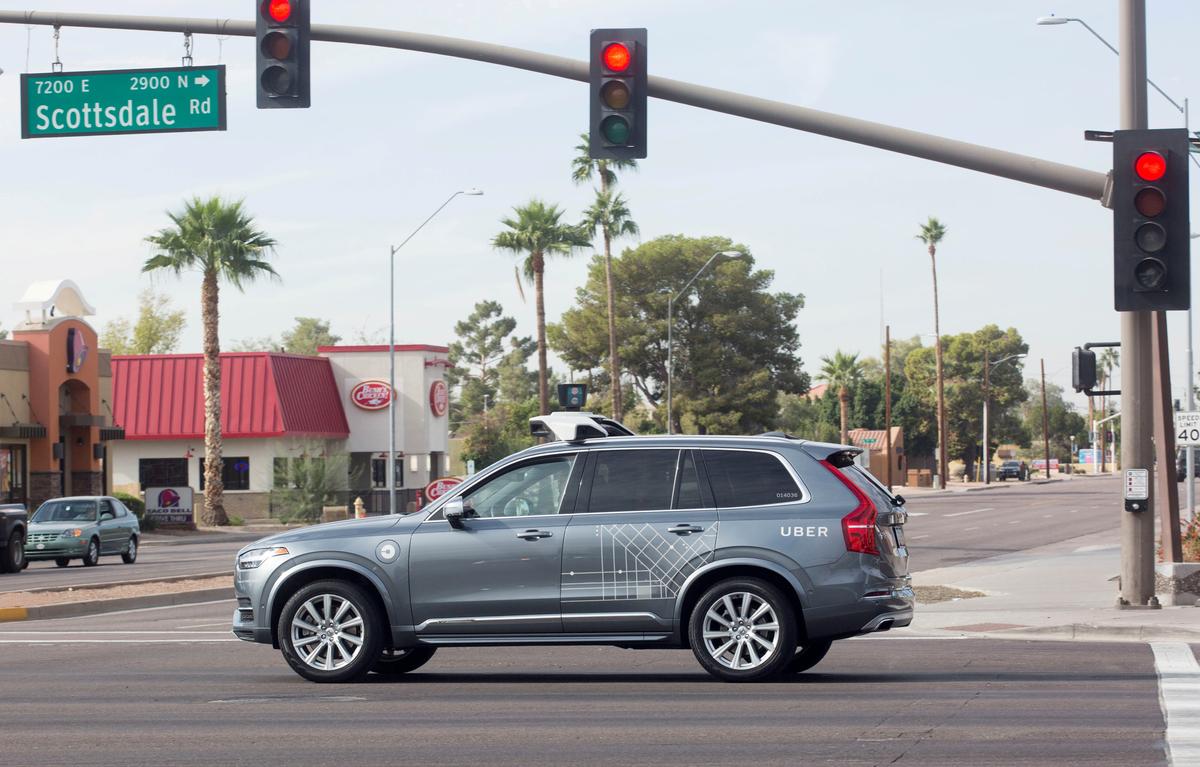 TEMPE, Ariz./PITTSBURGH (Reuters) – When Uber decided in 2016 to retire its fleet of self-driving Ford Fusion cars in favor of Volvo sport utility vehicles, it also chose to scale back on one notable piece of technology: the safety sensors used to detect objects in the road.

That decision resulted in a self-driving vehicle with more blind spots than its own earlier generation of autonomous cars, as well as those of its rivals, according to interviews with five former employees and four industry experts who spoke for the first time about Uber’s technology switch.

Driverless cars are supposed to avoid accidents with lidar – which uses laser light pulses to detect hazards on the road – and other sensors such as radar and cameras. The new Uber driverless vehicle is armed with only one roof-mounted lidar sensor compared with seven lidar units on the older Ford Fusion models Uber employed, according to diagrams prepared by Uber.

In scaling back to a single lidar on the Volvo, Uber introduced a blind zone around the perimeter of the SUV that cannot fully detect pedestrians, according to interviews with former employees and Raj Rajkumar, the head of Carnegie Mellon University’s transportation center who has been working on self-driving technology for over a decade.

The lidar system made by Velodyne – one of the top suppliers of sensors for self-driving vehicles – sees objects in a 360-degree circle around the car, but has a narrow vertical range that prevents it from detecting obstacles low to the ground, according to information on Velodyne’s website as well as former employees who operated the Uber SUVs.

Uber declined to comment on its decision to reduce its lidar count. In a statement late Tuesday, an Uber spokeswoman said, “We believe that technology has the power to make transportation safer than ever before and recognize our responsibility to contribute to safety in our communities. As we develop self-driving technology, safety is our primary concern every step of the way.”

Uber referred questions on the blind spot to Velodyne. Velodyne acknowledged that with the rooftop lidar there is a roughly three meter blind spot around a vehicle, saying that more sensors are necessary.

“If you’re going to avoid pedestrians, you’re going to need to have a side lidar to see those pedestrians and avoid them, especially at night,” Marta Hall, president and chief business development officer at Velodyne, told Reuters.

The safety of Uber’s self-driving car program is under intense scrutiny since Elaine Herzberg, 49, was killed last week after an Uber Volvo XC90 SUV operating in autonomous mode struck and killed her while she was jaywalking with her bicycle in Tempe, Arizona.

The precise causes of the Arizona accident are not yet known, and it is unclear how the vehicle’s sensors functioned that night or whether the lidar’s blind spot played a role. The incident is under investigation by local police and federal safety officials who have offered few details, including whether Uber’s decision to scale back its sensors is under review.

Uber has said it is cooperating in the investigation and has pulled all of its autonomous cars off the road, but has provided no further details about the crash.

Like the older Fusion model, Uber’s top competitors place multiple, smaller lidar units around the car to augment the central rooftop lidar, a practice experts in the field say provides more complete coverage of the road.

Since Uber launched a self-driving car program in early 2015, it has hustled to catch up with Waymo, which began working on the technology in 2009. Uber management moved swiftly and confidently even as some car engineers voiced caution, according to former employees, in a rush to get more cars driving more miles.

Seven experts who have reviewed the crash agree that a self-driving system should have seen Herzberg and braked. She had crossed nearly the entire four-lane, empty road before being struck by the front right side of the vehicle. The night was clear and streetlights were lit.

“Radar is supposed to compensate for (the lidar’s) blind spot,” said Rajkumar.

Uber declined to comment on its radar system. Volvo Car Group, owned by China’s Geely, declined to comment. A Ford spokesman said the company was not involved in Uber’s use of the Fusion or the self driving technology employed on the cars.

To be sure, there are many possible causes of the crash other than the lidar blind spot. There could have been a software failure in the Uber car, said Richard Murray, an engineering professor at California’s Institute of Technology and the former head of Caltech’s student self-driving team.

“But this would be quite surprising since there was nothing else on the road,” he said.

An Uber diagram of the Fusion model notes that “front, rear and wing-mounted lidar modules aid in the detection of obstacles in close proximity to the vehicle, as well as smaller ones that can get lost in blind spots.”

A diagram of its Volvo version shows a single lidar system on the roof. In reducing its lidar units, Uber chose to rely more on radar to detect obstacles that may end up in those blind spots, according to company statements.

At Uber’s September 2016 unveiling of its Pittsburgh self-driving car operation, it was still using the Fusions, but had a Volvo on display. Uber staff pointed to the sleekness of the SUV and the relatively small roof mount with only one lidar system, a more attractive upgrade from the Fusion, which had a bulkier look with more sensors attached to the exterior.

A former employee said Uber justified the decision to slim down to one lidar by saying they “overdid it” with the additional sensors on the Fusions, suggesting the multiple lidars were unnecessary as Uber continued to refine its self-driving system.

Uber’s decision to move from the Fusion to a much taller vehicle exacerbated the issue of a blind spot from a single lidar unit, said former employees, because the lidar now sits up higher on top of an SUV, further reducing its ability to see low-lying objects – from squirrels to the wheels of a bicycle or a person’s legs.

One former Uber employee involved in testing both the Fusions and Volvo SUVs said that during a test run in late 2016, the Volvo failed to see a delivery truck’s tailgate lift that extended into the street, and the car nearly hit it going 35 miles-per-hour.

Uber declined to comment on specific testing incidents, but said its technology is constantly being updated and improved, and every incident in the cars is logged and checked out by an engineer.

Additional reporting by Salvador Rodriguez in San Francisco and Eric Johnson in Seattle; editing by Joe White and Edward Tobin