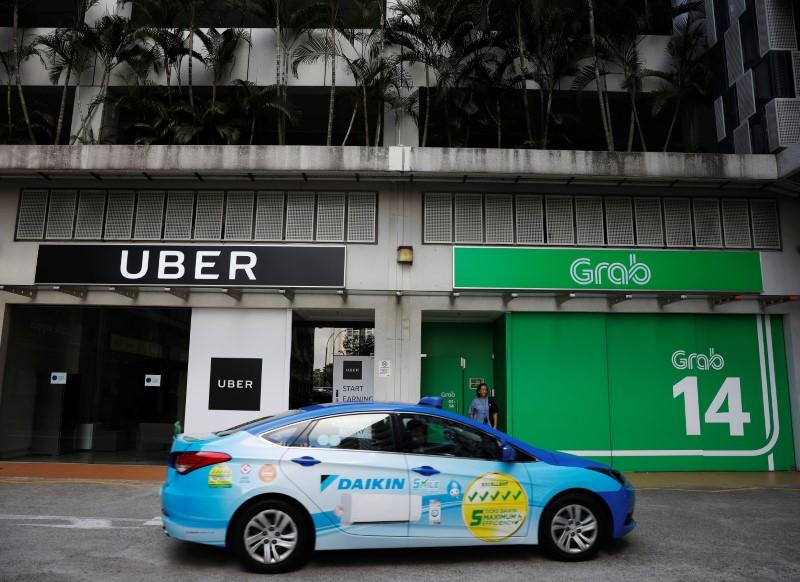 Uber will take a 27.5 percent stake in Singapore-based Grab and Uber CEO Dara Khosrowshahi will join Grab’s board. Grab was last valued at an estimated $6 billion.

“It will help us double down on our plans for growth as we invest heavily in our products and technology,” Khosrowshahi said in a statement.

The Competition Commission of Singapore (CCS) said it has the mandate to review whether any mergers will result in a “substantial lessening of competition” and to take action, but it has yet to receive a notification from the companies.

“For example, CCS can require the merger to be unwound or modified to prevent the substantial lessening of competition,” the agency said in a statement.

For Grab, the deal will help its meal-delivery service, which will now merge with Uber Eats, compete with Go-Jek, according to a person close to Grab.

Go-Jek is a dominant player in Indonesia, the region’s biggest economy, and has rapidly expanded beyond ride hailing to digital payments, food delivery, on-demand cleaning and massage.

“Go-Jek is such a different app, with different behaviours, it is something I can’t see Grab competing with well in Indonesia for a long time, like at least a year,” said Vinnie Lauria, partner at Southeast Asia’s Golden Gate Ventures.

Ride-hailing companies throughout Asia have relied heavily on discounts and promotions, driving down profit margins and increasing pressure for consolidation.

Uber, which is preparing for a potential initial public offering in 2019, lost $4.5 billion last year and is facing fierce competition as well as a regulatory crackdown in Europe.

Uber invested $700 million in its Southeast Asia business, less than the $2 billion it burned through in China before ceding its operations there to Didi.

Uber anticipated making more deals with rivals, but said it had no plans to do another sale in which it consolidates its operations in exchange for a minority stake in a rival.

“It is fair to ask whether consolidation is now the strategy of the day, given this is the third deal of its kind … The answer is no,” Khosrowshahi said in a note to employees that was shared with Reuters.

“One of the potential dangers of our global strategy is that we take on too many battles across too many fronts and with too many competitors.”

A source familiar with Uber’s strategy said the company was going to step up its battle with Ola in India, another competitive and costly market where rivals have heavily subsidized rides in an effort to gain market share. Uber has close to 60 percent of the market there, by some estimates.

India accounts for more than 10 percent of Uber’s trips globally, but the company is not making money there yet.

“Southeast Asia was really difficult for Uber. In India, that competition is not across so many different fronts,” Lauria said.

Uber previously retreated from China and Russia under former CEO Travis Kalanick. The deal with Grab is the first operations sale by Khosrowshahi, who started in September.

Rajeev Misra, chief executive of SoftBank’s Vision Fund, had urged the company to focus less on Asia and more on profitable markets such as Latin America, according to a person familiar with the matter.

He saw opportunities for mergers and joint ventures between SoftBank-backed ride-hailing companies, particularly for collaborating on R&D, but the investor would never get actively involved with management decisions, the person said.

SoftBank is also one of the main investors in other ride-hailing firms including China’s Didi Chuxing and India’s Ola.

Uber includes the United States, Australia, New Zealand and Latin America among its core markets – regions where it has more than 50 percent market share and is profitable or sees a path to profitability.

A Grab spokeswoman said all Uber employees in its Southeast Asia operations would be offered employment in Grab.

Reporting by Aradhana Aravindan in Singapore and Heather Somerville in San Francisco; Writing by Miyoung Kim; Editing by Stephen Coates