SAN FRANCISCO (Reuters) – Uber has shut down its self-driving car operation in Arizona two months after a fatal crash involving one of its vehicles, the company said on Wednesday.

Uber Technologies Inc [UBER.UL] is not shuttering its entire autonomous vehicle program, a spokeswoman said, adding that it will focus on limited testing in Pittsburgh, Pennsylvania, and two cities in California. It aims to resume self-driving operations this summer, likely with smaller routes and fewer cars.

“We’re committed to self-driving technology, and we look forward to returning to public roads in the near future,” the spokeswoman said.

Arizona’s wide, flat roads, good weather and corporation-friendly regulations are considered ideal to test autonomous vehicles, and Uber now faces the challenge of testing in congested, urban cities with rain, fog, snow and ice. It must also repair its relationship with regulators in California, where it lacks a testing permit.

Uber has said it considers self-driving technology to be key to the future of its ride services, although it is not clear how it fits into the plans of new Chief Executive Dara Khosrowshahi, who has revamped the company structure and cut certain expenses as Uber prepares for an initial public offering next year.

The ride-hailing company suspended its program in Arizona and elsewhere immediately after one of its SUVs operating in autonomous mode hit and killed a woman crossing the street on a March night in Tempe, marking the first fatality involving a self-driving vehicle.

The crash sparked a backlash in Arizona, where Governor Doug Ducey suspended Uber’s self-driving testing, a little more than a year after he gave the company a warm reception and poked fun at California’s stricter regulations.

“The governor’s focus has always been on what’s best for Arizonans and for public safety, not for any one company,” Daniel Scarpinato, a spokesman for Ducey, said on Wednesday.

Elaine Herzberg, 49, was walking her bicycle outside the crosswalk on a four-lane road when she was struck by the Uber vehicle traveling at about 40 miles (64 km) per hour. A safety operator behind the wheel appeared to be looking down, and not at the road, moments before the crash, according to video from inside the car released by police.

The crash is under investigation by the National Transportation Safety Board. Uber will wait until the agency issues its preliminary report on the crash, expected within the next couple of weeks, before it puts its self-driving cars back on the road. The company is also undergoing a review of its autonomous car program and has hired former NTSB Chair Christopher Hart to advise on safety.

Uber’s self-driving Volvo SUVs in Arizona will be moved to other cities and employees will be offered assistance in finding another job, the spokeswoman said.

Pittsburgh was Uber’s first city for autonomous car testing, launched in 2016. The spokeswoman said Uber was in discussions with California regulators to obtain a permit to operate in San Francisco and Sacramento, although it does not have a timeline. 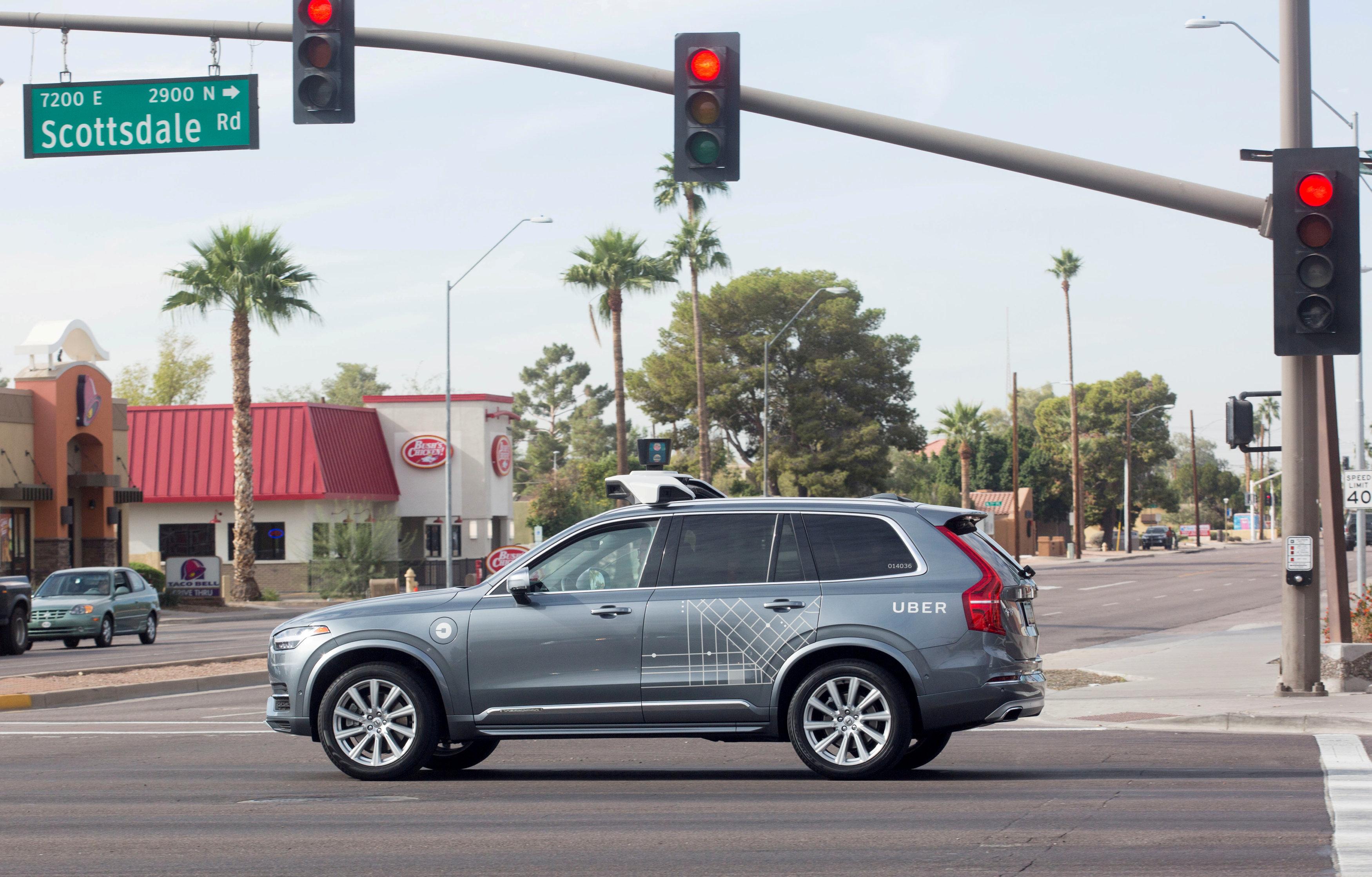 The company briefly had an autonomous car program in California in late 2016, but the state Department of Motor Vehicles shut it down after about a week because Uber had failed to obtain the necessary permits. Uber had argued that state laws did not apply to its self-driving program, but its defiance was met with threats of legal action from the DMV and the state attorney general.

Following the regulatory crackdown in California, Uber moved its cars to Arizona.