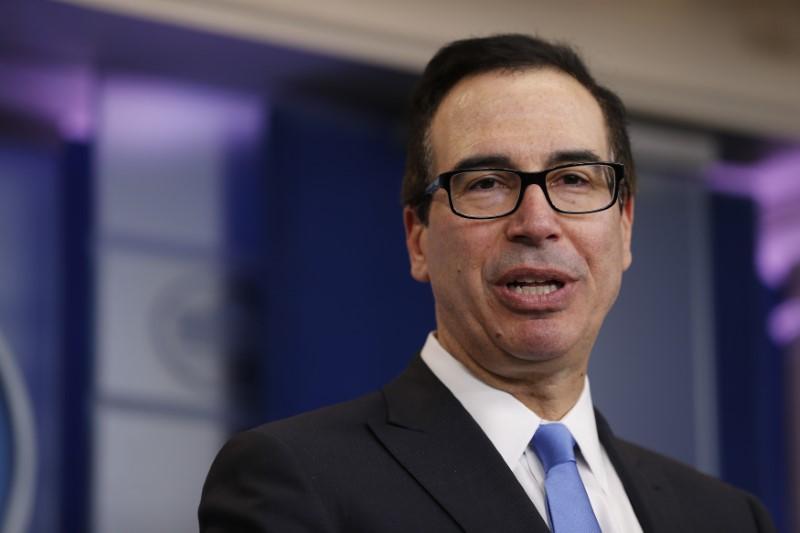 WASHINGTON (Reuters) – The U.S. Treasury said on Thursday it will close an unintended loophole created by the Republican tax overhaul that let some Wall Street financial managers dodge new limits on“carried interest” by operating as businesses known as S-corporations.

Carried interest refers to a longstanding Wall Street tax break that let many private equity and hedge fund financiers pay the lower capital gains tax rate on much of their income, instead of the higher income tax rate paid by wage-earners.

President Donald Trump vowed to close the loophole during the 2016 presidential election campaign.

Republican tax legislation signed into law by Trump in December required fund managers to hold investments for at least three years before becoming eligible for the lower capital gains rate, but it exempted corporations.

Media reports soon followed saying that some investment funds were setting up pass-through entities known as S-corporations in the hopes of qualifying for the corporate exemption and skirting the carried interest restriction.

On Thursday, the Treasury and its tax-collecting Internal Revenue Service announced that forthcoming regulations will prevent S-corporations from taking advantage of the carried interest exemption.

S-corporations are a form of business entity that passes profits on to business owners as personal income.

New Treasury rules are expected to specify that the exemption applies only to C-corporations, including publicly traded companies, which pay income tax before distributing net profits to shareholders as dividends.

“We worked expeditiously to take this first step to clarify that S corporations are subject to the three-year holding period for carried interest,” Treasury Secretary Steven Mnuchin said in a statement.

The American Investment Council, which represents private equity investors, welcomed Treasury’s guidance, saying in a statement that the government’s position“correctly clarifies the intent of the law.”