WASHINGTON (Reuters) – The U.S. trade deficit fell for the first time in six months in November as cheaper oil and higher domestic petroleum production helped to curb the country’s import bill, leading economists to boost their economic growth estimates for the fourth quarter.

The Commerce Department’s report on Wednesday also showed a drop in imports of consumer goods such as cellphones and other household goods. The decrease in imports followed five straight monthly increases, likely as businesses stocked up amid an escalating trade war between the United States and China.

“It is possible that some of the consumer goods imports were brought into the country in greater numbers to build a stockpile before the import tariffs took effect or grew even worse,” said Chris Rupkey, chief economist at MUFG in New York. “The good news is this will temporarily boost real GDP in the fourth quarter.”

The release of the report was delayed by a recently ended five-week partial shutdown of the federal government.

The politically sensitive goods trade deficit with China fell to $37.9 billion in November from $43.1 billion in October.

The overall trade deficit has remained elevated despite the Trump administration’s “America First” policies, which have led Washington to impose tariffs on a range of imported goods from China, sparking a trade war with Beijing.

President Donald Trump has long railed against China’s trade surplus with the United States, and accuses Beijing of not playing fairly on trade. The United States has also slapped duties on imported steel, aluminum, solar panels and washing machines.

The dollar rose against a basket of currencies, while stocks on Wall Street were trading lower after disappointing forecasts from videogame makers. U.S. Treasury yields mostly fell.

When adjusted for inflation, the goods trade deficit decreased $7.5 billion to $80.8 billion in November.

The drop in the so-called real trade deficit led some economists to raise their fourth-quarter GDP growth forecasts by as much as six-tenths of a percentage point to as high as a 3.0 percent annualized rate.

“We had thought that trade would subtract more than half a point from GDP growth in the fourth quarter, but now it looks like trade will be close to neutral for fourth-quarter growth,” said Daniel Silver, an economist at JPMorgan in New York.

The release of the fourth-quarter GDP report has been delayed by the government shutdown, which ended on Jan. 25 after Trump and Congress agreed to temporarily fund the government without money for his U.S.-Mexico border wall.

Trade subtracted 1.99 percentage points from GDP growth in the July-September quarter. The economy grew at a 3.4 percent pace in the third quarter.

The crude oil price averaged $57.54 per barrel in November, the lowest since April. A domestic energy boom has enabled the United States to reduce its dependence on foreign oil, leading to a reduction in the volume of crude imports.

Consumer goods imports decreased $4.3 billion, pulled down by a $2.3 billion drop in imports of cellphones and other household goods. Some economists said the drop in cellphone imports was puzzling as they were not on the list of goods impacted by tariffs on Chinese imports.

“The reason for the decline is less clearly attributable to an effect of tariffs and could be more idiosyncratic,” said Veronica Clark, an economist at Citigroup in New York.

Exports of goods and services fell 0.6 percent to $209.9 billion. Exports of consumer goods decreased $0.9 billion and those of petroleum products fell $0.6 billion. There were also declines in exports of soybeans, which have been targeted by China in the trade dispute.

Exports of capital goods, however, increased $1.4 billion, lifted by a $1.0 billion rise in civilian aircraft shipments. 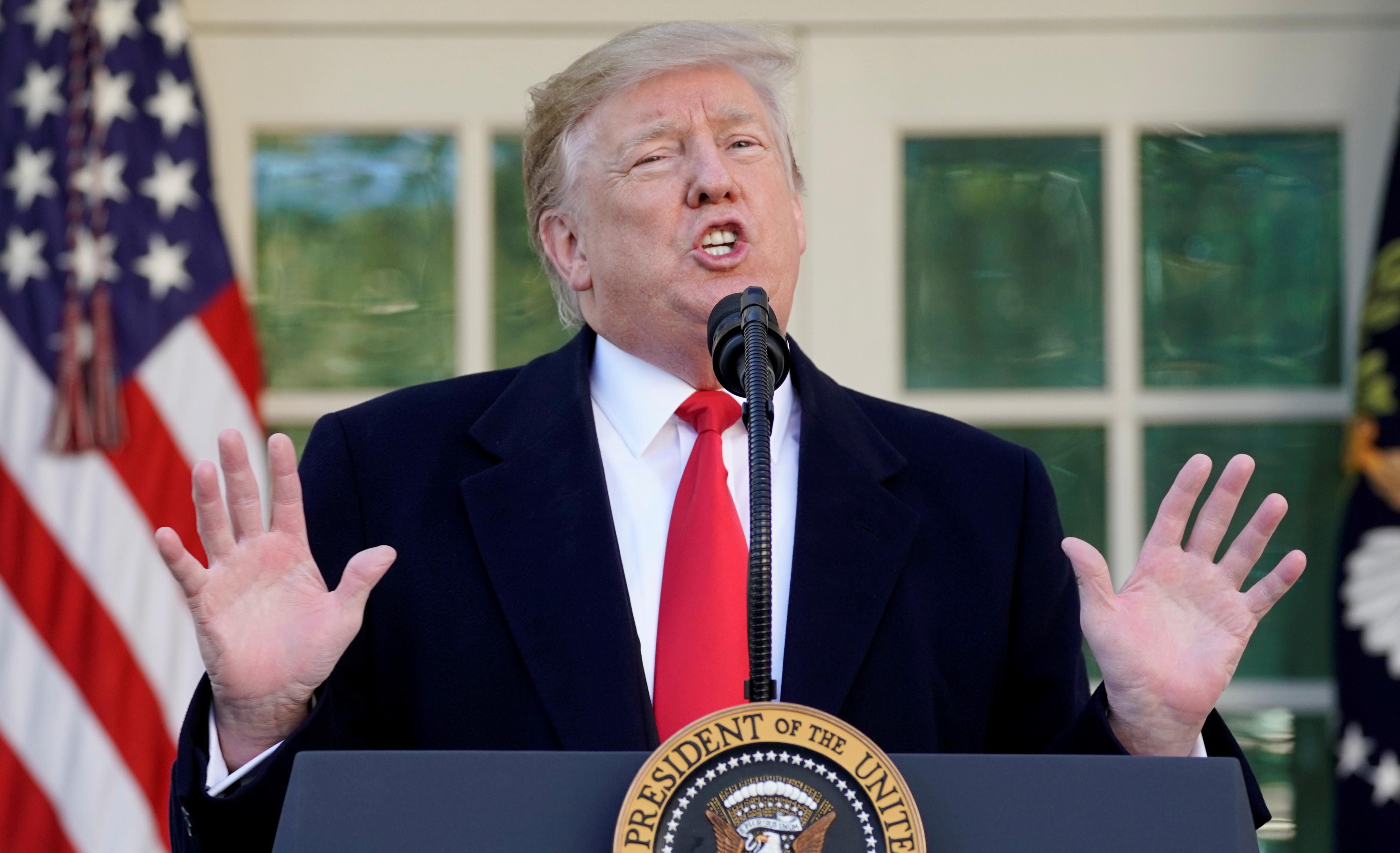 Given the dollar’s strength and hopeful signs in the U.S.-China trade talks, economists expected the drop in imports to be temporary. The weakness in exports was, however, expected to persist against the backdrop of slowing global economic growth.

Last week, Trump said he would meet with Chinese President Xi Jinping soon to try to seal a trade deal.

“The 2018 trade detente between Trump and Xi has carried into the new year as weaker momentum in China has made Chinese policymakers more conciliatory,” said Jake McRobie, a U.S. economist at Oxford Economics in New York. “We now believe the 10 percent tariffs on $200 billion of imports from China will not be raised to 25 percent.”