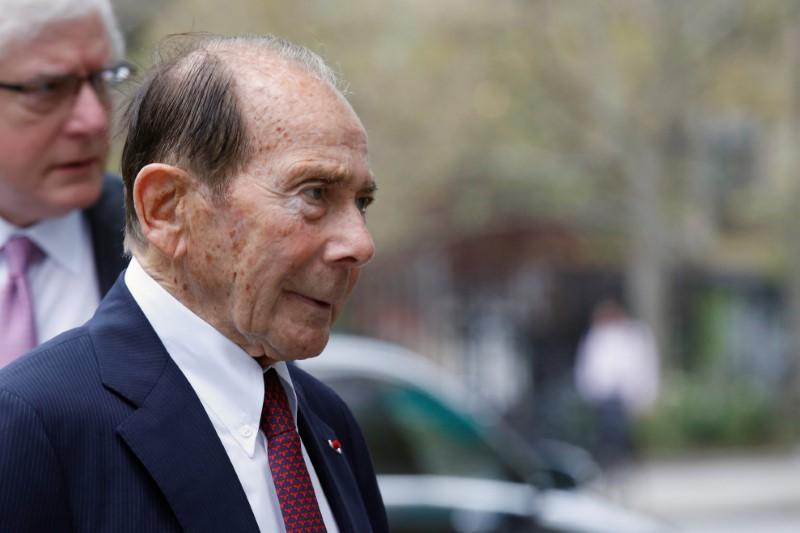 WASHINGTON (Reuters) – The U.S. Supreme Court on Monday handed a defeat to former American International Group Inc (AIG.N) CEO Maurice “Hank” Greenberg, refusing to hear an appeal he led arguing that the federal government illegally bailed out the insurer during the 2008 financial crisis at the expense of shareholders.

The justices left in place a 2017 ruling by a federal appeals court in Washington that Greenberg’s Starr International Co had no legal right to challenge the bailout because that right belonged to AIG, which chose not to sue.

Greenberg, 92, led AIG for nearly four decades before being ousted in March 2005. The New York-based insurance powerhouse was rescued by the U.S. government in September 2008 to stave off bankruptcy after the company ran up huge losses from insurance on shoddy mortgage securities.

Starr, an insurance and investment business that had been one of AIG’s largest shareholders, sued in 2011 on behalf of itself and other shareholders alleging the government illegally took a 79.9 percent stake in the company in exchange for a $85 billion loan from the Federal Reserve Bank of New York.

The shareholders’ rights were diminished in violation of the U.S. Constitution’s guarantee of due process under the law, Starr claimed, seeking more than $40 billion in damages.

A lower court ruled in Starr’s favor, but declined to award damages since the shareholders’ stock would have been worthless without the government loan. The bailout actually helped the plaintiff, that court said.

The U.S. Court of Appeals for the Federal Circuit threw out that ruling, finding that only AIG, and not Starr as a shareholder, had legal standing to bring claims that the bailout was unlawful. AIG’s board of directors decided not to file such a suit.

Starr appealed to the Supreme Court. President Donald Trump’s administration urged the justices not to take up the appeal.

Reporting by Andrew Chung; Editing by Will Dunham