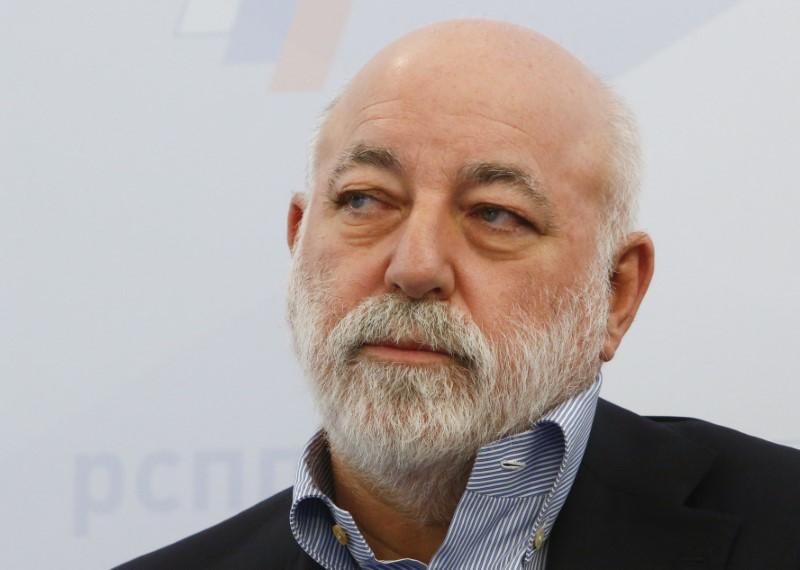 ZURICH/MOSCOW – Assets totaling between $1.5 billion and $2 billion have been frozen as a result of sanctions imposed on Russian oligarch Viktor Vekselberg and his Renova Group conglomerate, two sources close to the matter told Reuters on Saturday.

FILE PHOTO: Chairman of the Board of Directors of Renova Group, Viktor Vekselberg attends a session during the Week of Russian Business, held by the Russian Union of Industrialists and Entrepreneurs (RSPP), in Moscow, Russia February 7, 2018. REUTERS/Sergei Karpukhin/File Photo

The United States imposed sanctions against several Russian entities and individuals, including Swiss-based Russian oligarch Viktor Vekselberg and his Renova Group, on April 6 to punish Moscow for suspected meddling in the 2016 U.S. election and other alleged “malign activity.”

As a result of the sanctions, all U.S. dollar bank accounts of companies controlled by Renova have been blocked, the people told Reuters, confirming an earlier report in Swiss paper Finanz und Wirtschaft on Saturday.

Ties to Renova have caused difficulties for a number of European firms since the sanctions were announced, with pumpmaker Sulzer (SUN.S) taking a one-off hit from business disruption and agreeing to buy 5 million shares from Renova to free itself from sanctions.

Nonetheless, Renova, which is headquartered in Moscow and has a subsidiary in Zurich, intends to maintain its Swiss holdings, which also include a stake in Oerlikon (OERL.S).

Renova and Vekselberg are seeking the help of Swiss authorities in clearing up business matters, the people said, adding that the Swiss government had been instrumental in helping free Sulzer from sanctions.

Salary accounts of several Swiss-based Renova employees had been blocked for a time, the people said, but were once again open after clearing diligence checks.

“European and Swiss banks in particular are excessively cautious,” one source said. “Secondary sanctions turn out to be in fact of (a) supra-national character, finding (their) way into countries which are not going to copy U.S. sanctions or do not even agree with them.”

Reporting by Brenna Hughes Neghaiwi in Zurich and Polina Devitt and Maria Kiselyova in Moscow; Editing by Alexander Smith