WASHINGTON (Reuters) – U.S. retail sales rose modestly in January after a December drop that was even larger than originally estimated, but the recovery was not seen strong enough to alter the course of a U.S. economy that was losing momentum in early 2019.

The report from the Commerce Department on Monday was welcome news for the economy after a raft of weak December data, as well as a sharp moderation in the pace of job growth in February. Still, January’s increase in retail sales recouped only a fraction of December’s plunge, leaving expectations for a slowdown in consumer spending in the first quarter intact.

“Sales managed only a tepid reversal in January from December’s deep freeze,” said Douglas Porter, chief economist at BMO Capital Markets in Toronto. “While we expect some further comeback in the next couple months, the big story is that the economy’s big engine is cooling.”

The drop in December was the biggest since September 2009 when the economy was emerging from recession. Economists polled by Reuters had forecast retail sales to be unchanged in January. Sales in January increased 2.3 percent from a year ago.

The January retail sales report was delayed by a 35-day partial shutdown of the federal government that ended on Jan. 25. February’s retail sales report, which was scheduled for publication on Thursday, will be released on April 1.

They were previously reported to have decreased 1.7 percent in December. Consumer spending accounts for more than two-thirds of U.S. economic activity.

Coming on the heels of a deterioration in the trade deficit in December and weak construction spending, the downward revision to the core retail sales suggested gross domestic product growth slowed more than the government initially estimated in the fourth quarter.

The government reported last month that the economy grew at a 2.6 percent annualized rate in the October-December quarter after expanding at a brisk 3.4 percent in the third quarter.

Economists now expect GDP growth will be lowered to a 2.1 percent pace when the government publishes its revision later this month.

The weaker December core retail sales also set consumer spending on a weaker growth path in the first three months of the year, leading the Atlanta Federal Reserve to cut its January-March quarter GDP growth forecast by three-tenths of percentage point to a 0.2 percent rate.

Goldman Sachs lowered its first-quarter growth estimate by four-tenths of a percentage point to a 0.5 percent rate.

Consumer spending, which increased at a 2.8 percent rate in the fourth quarter, is seen rising modestly in the first three months of the year as the stimulus from a $1.5 trillion tax cut package fades. In addition, 2018 tax refunds have on average been smaller than in the previous years.

But spending remains supported by strong wage growth and higher consumer confidence. The government reported on Friday annual wage growth increased 3.4 percent in February, the biggest gain since April 2009, from 3.1 percent in January.

Fed Chairman Jerome Powell reiterated the U.S. central bank’s stance on Sunday in a wide-ranging interview with CBS’s 60 Minutes news show. Powell said the Fed did “not feel any hurry” to change the level of interest rates again..

“Weak first-quarter GDP will be another factor that keeps the Fed ‘patient’ at the March meeting and beyond,” said Andrew Hollenhorst, an economist at Citigroup in New York.

The dollar was little changed against a basket of currencies, while U.S. Treasury prices fell. Stocks on Wall Street rose after five straight sessions of declines, but a sharp drop in Boeing Co shares after a second deadly crash of one of its planes in just five months capped gains on the blue-chip Dow. 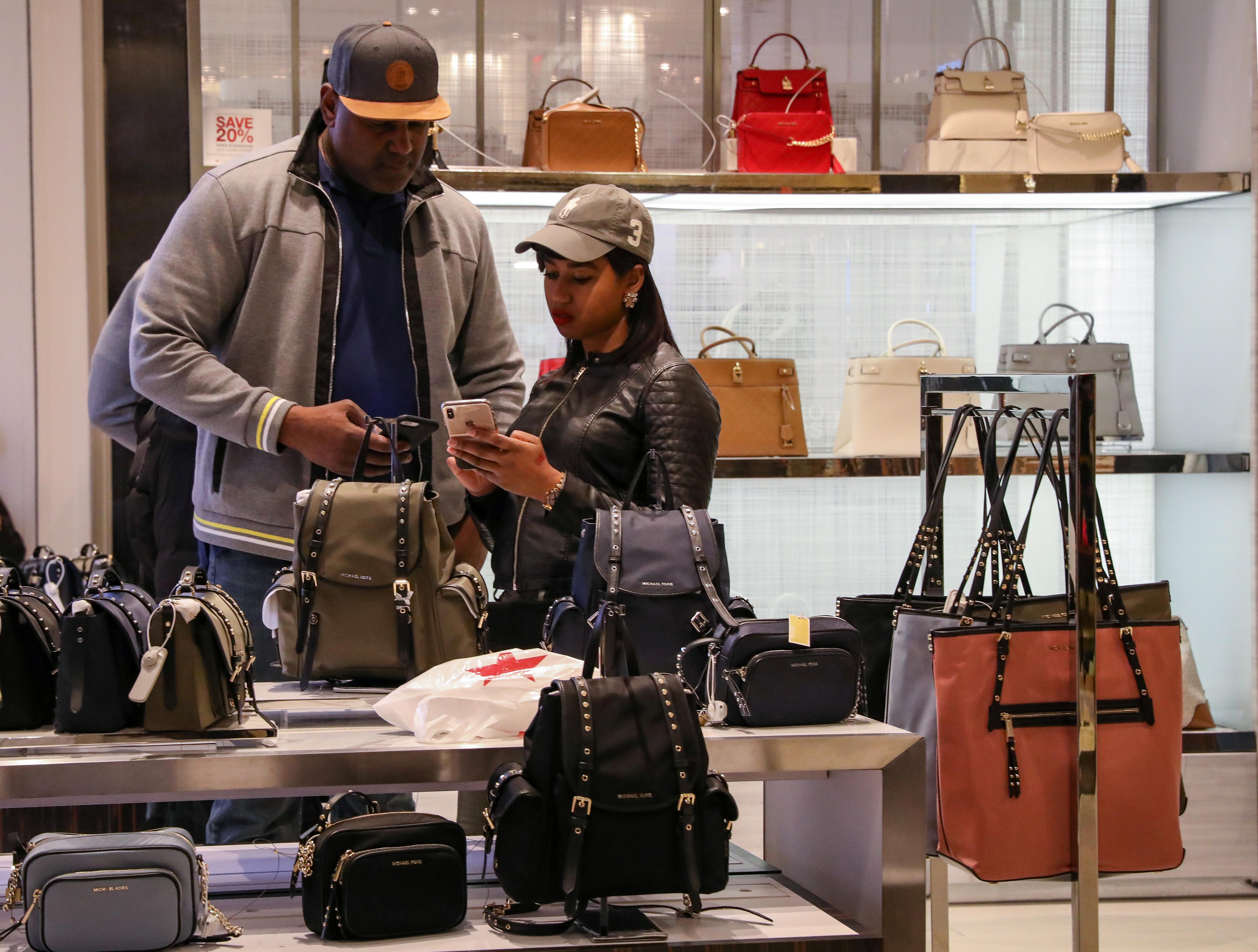 Receipts at service stations fell 2.0 percent reflecting cheaper gasoline prices. There were also declines in sales at clothing and furniture stores, as well as electronics and appliance shops.

Discretionary spending rose in January, with sales at restaurants and bars advancing 0.7 percent and purchases at hobby, musical instrument and book stores jumping 4.8 percent, the largest increase since January 2013. Sales at food and beverage stores gained by the most since April 2016.