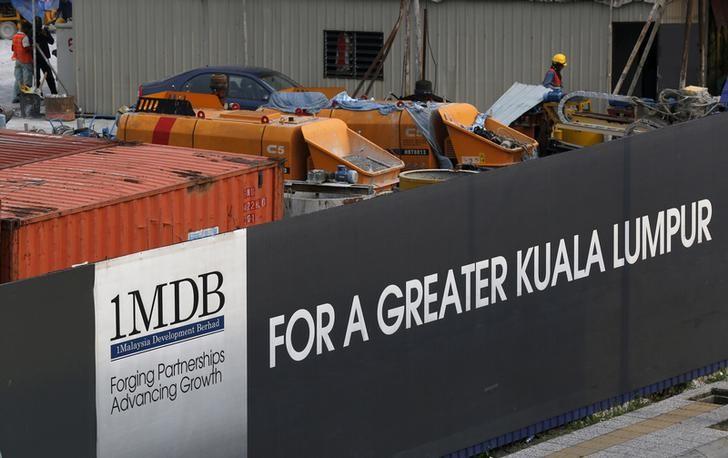 KUALA LUMPUR (Reuters) – The U.S. Justice Department has asked a court to lift a stay on civil proceedings linked to a Malaysian fund at the center of its biggest ever“kleptocracy” probe, so that a settlement can be reached with producers of the movie‘The Wolf of Wall Street’.

In September, U.S. prosecutors were granted a stay on dozens of civil lawsuits they filed in connection with $1.7 billion in assets allegedly bought with or funded by money stolen from 1Malaysia Development Berhad (1MDB), to make way for a criminal probe into the scandal-hit state fund.

The court filing on Friday requesting the lifting of the stay order did not say whether prosecutors would now go ahead with a criminal probe. If they did, the timing could be awkward for Malaysian Prime Minister Najib Razak, who founded 1MDB, as he prepares to call an election that must be held by August.

Red Granite Pictures, which produced‘The Wolf of Wall Street’ and was co-founded by Najib’s step son, had announced in September that it had“reached a settlement in principle” with the U.S. government, without revealing any sum.

The Hollywood blockbuster, directed by Martin Scorsese and starring Leonardo DiCaprio, was among the assets listed in the U.S. Justice Department’s lawsuits.

The filing also said the parties involved have reached a global settlement that includes rights and interests in the motion pictures“Daddy’s Home” and “Dumb and Dumber To”.

Red Granite and 1MDB did not immediately respond to a request for comment.

A total of $4.5 billion was misappropriated from 1MDB by high-level officials of the fund and their associates, according to U.S. lawsuits filed in the past three years under the Justice Department’s kleptocracy asset recovery initiative.

They include a private jet, a hotel and real estate in New York, and a $107 million interest in EMI Music Publishing purchased by Malaysian financier Low Taek Jho, or Jho Low, the department said.

The U.S. attorney-general described the 1MDB scandal as“kleptocracy at its worst”.

The lawsuits also said $681 million from 1MDB was transferred to the account of“Malaysian Official 1”, which U.S. and Malaysian sources have previously identified as Najib.

Najib’s office did not immediately respond to requests for comment.

Najib set up 1MDB in 2009 and previously served as chairman of its advisory board. He and the fund have denied any wrongdoing.

At least six countries are investigating transactions related to 1MDB, including the United States, Switzerland and Singapore.

In the past week, Indonesian authorities seized a luxury yacht, the Equanimity, which was sought by U.S. prosecutors as part of their investigations linked to 1MDB.