Late on Tuesday, Moody’s Investors Service downgraded Tesla’s credit rating to B3 from B2. Moody’s said the ratings “reflect the significant shortfall in the production rate of the company’s Model 3 electric vehicle.” It also “faces liquidity pressures due to its large negative free cash flow and the pending maturities of convertible bonds.”

Moody’s said its negative outlook for Tesla “reflects the likelihood that Tesla will have to undertake a large, near-term capital raise in order to refund maturing obligations and avoid a liquidity shortfall.”

Shares of chipmaker Nvidia Corp, which supplies Uber Technologies Inc [UBER.UL], Tesla, Volkswagen AG (VOWG_p.DE) and other automakers, closed down 7.8 percent after it disclosed it suspended self-driving tests across the globe.

In last week’s accident, it was unclear if Tesla’s automated control system was driving the car. The accident involved two other cars, the NTSB and police said. Tesla vehicles have a system called Autopilot that handles some driving tasks. The 38-year-old Tesla driver died at a nearby hospital shortly after the crash.

Late Tuesday, Tesla said in a blog post it does “not yet know what happened in the moments leading up to the crash,” but added data shows that Tesla owners have driven the same stretch of highway with Autopilot engaged “roughly 85,000 times… and there has never been an accident that we know of.”

The company said it is working with authorities to recover the logs from the computer inside the vehicle to try to gain a better understanding of what happened. The company statement did not address if the crashed vehicle was in Autopilot mode. 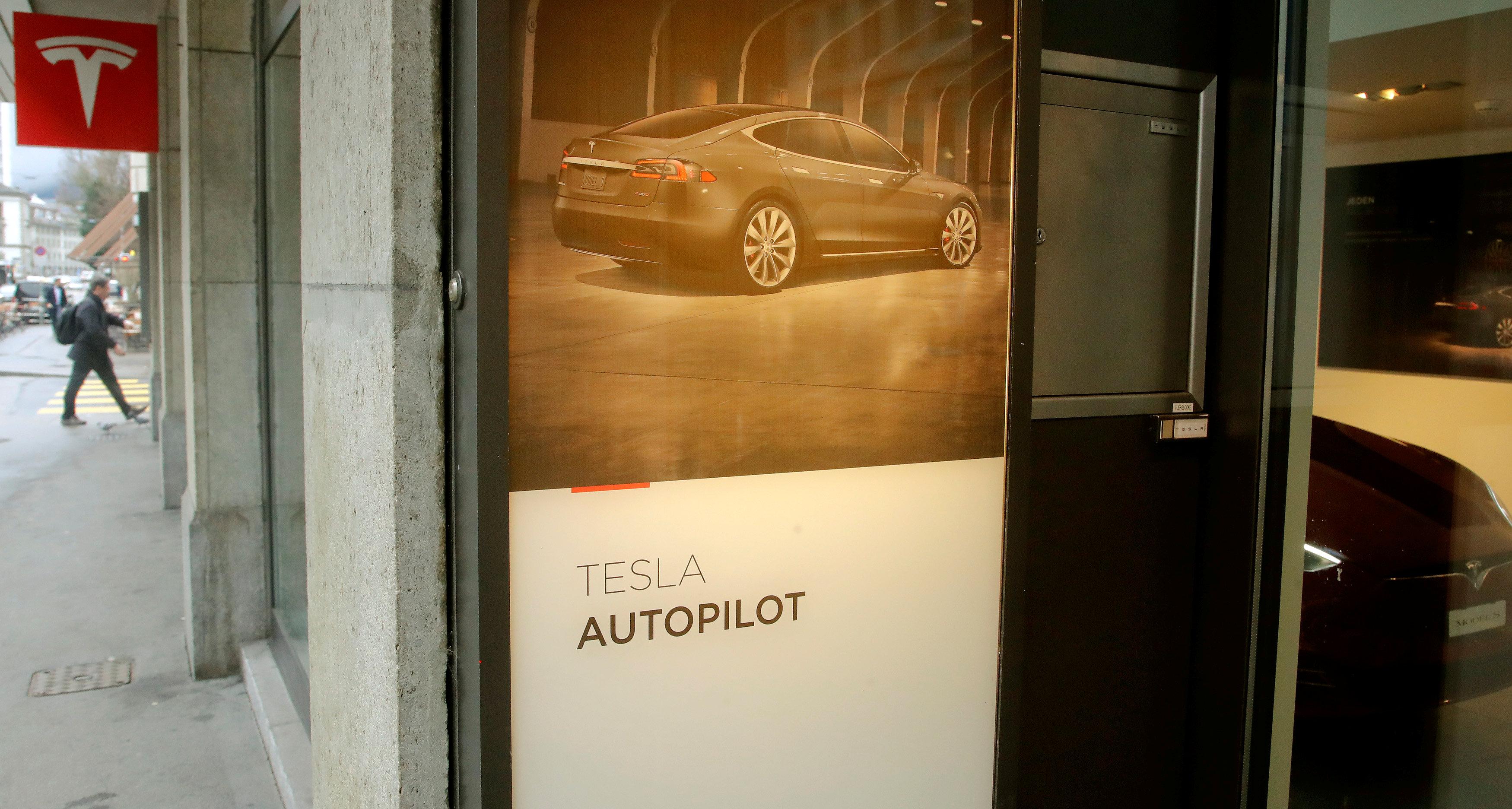 “We have been deeply saddened by this accident, and we have offered our full cooperation to the authorities as we work to establish the facts of the incident,” Tesla said in a statement earlier.

Government scrutiny of the Palo Alto, California company is mounting. This is the second NTSB field investigation into a Tesla crash since January.

The California Highway Patrol said the electric-powered Tesla Model X crashed into a freeway divider on Friday and then was hit by a Mazda before colliding with an Audi.

The Tesla’s lithium batteries caught fire, and emergency officials consulted company engineers before determining how to extinguish the battery fire and move the vehicle safely. NTSB said the issues being examined include the post-crash fire and removing the vehicle from the scene.

The Tesla blog post said Tesla battery packs are designed to ensure that a battery spreads slowly in the rare circumstance it catches fire.

In January, the NTSB and U.S. National Highway Traffic Safety Administration sent investigators to California to investigate the crash of a fire truck and a Tesla that apparently was traveling in semi-autonomous mode. The agencies have not disclosed any findings.

The NTSB can make safety recommendations but only NHTSA can order automakers to recall unsafe vehicles or fine automakers if they fail to remedy safety defects in a timely fashion. Before the agency can demand a recall, it must open a formal investigation, a step it has not yet taken.

Tesla’s Autopilot allows drivers under certain conditions to take their hands off the wheel for extended periods. Still, Tesla requires users to agree to keep their hands on the wheel “at all times” before they can use Autopilot.

The NTSB faulted Tesla in a prior fatal Autopilot crash.

In September, NTSB Chairman Robert Sumwalt said operational limitations in the Tesla Model S played a major role in a May 2016 crash in Florida that killed a driver using Autopilot. That crash raised questions about the safety of systems that can perform driving tasks for long stretches but cannot completely replace human drivers.