Three officials, speaking to Reuters on condition of anonymity, said the attacks involved both cruise missiles and drones, indicating that it involved a higher degree of complexity and sophistication than initially thought.

U.S. President Donald Trump on Monday said it looked as if Iran was behind the attacks but Washington has yet to produce concrete evidence to support its accusation and Iran denies involvement in the strikes.

Saudi Arabia sought to reassure markets after the attack on Saturday halved oil output, saying on Tuesday that full production is now back.

Iranian Supreme Leader Ayatollah Ali Khamenei on Tuesday ruled out talks with the United States unless the Trump administration returns to the nuclear accord between Iran and the West that the United States abandoned last year.

“Iranian officials, at any level, will never talk to American officials … this is part of their policy to put pressure on Iran,” Iranian state TV quoted him as saying.

The Yemeni group claimed responsibility for the Saudi attacks on Saturday that damaged the world’s biggest crude-processing plant and triggered the largest jump in oil prices in decades.

The Houthis, fighting a Saudi-led coalition in Yemen, say they struck the plants with drones, some of which were powered by jet engines.

Iran’s clerical rulers openly support the Houthis, but Iran denies that it actively supports the Yemeni group with military and financial support.

The kingdom’s oil production is fully back online after the attacks and Saudi Arabia will achieve 11 million barrels per day (bpd) capacity by the end of September and 12 million bpd by the end of November, the energy minister said on Tuesday.

Minister Prince Abdulaziz bin Salman also told a news conference that oil production in October would be 9.89 million bpd and that the world’s top oil exporter would keep full oil supplies to customers this month. 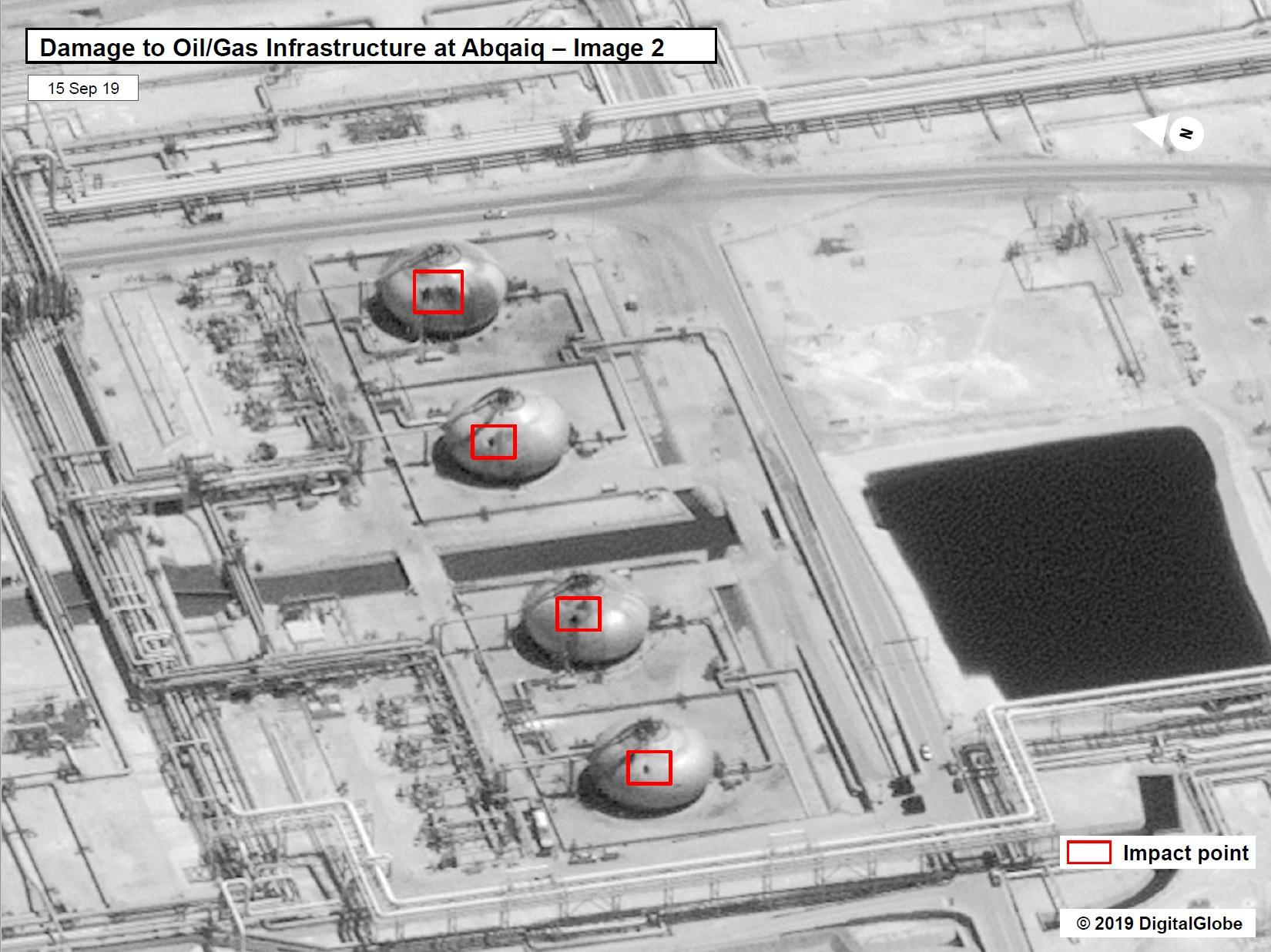 He said Saudi Arabia would keep its role as the secure supplier of global oil markets, adding that the kingdom needed to take strict measures to prevent further attacks, which exposed the vulnerability of Saudi Arabia’s oil industry and the broader global economy.

Oil prices fell 5% after the news that Saudi production is back, having surged more than 20% at one point on Monday – the biggest intra-day jump since the 1990-91 Gulf crisis over Iraq’s invasion of Kuwait.