AirAsia, the region’s biggest budget carrier, was the latest airline to announce sweeping cuts to its schedule in response to the deepening crisis caused by the coronavirus outbreak. It said some of its units would halt flights altogether for a period.

“Nobody can survive this for more than a few months, when you have this unprecedented 95% decline in passenger numbers or even 100% in some cases and you still have all those fixed costs,” said Brendan Sobie, an aviation analyst in Singapore.

About half of the world’s air cargo normally travels in the bellies of passenger planes, so the cancellation of passenger flights has led to a sharp reduction in cargo capacity, with knock on effects to food, industry and other vital trade.

“Travel restrictions and evaporating demand mean that, aside from cargo, there is almost no passenger business,” he said.

In an unprecedented move, the U.S. Senate passed a $58 billion aid package late on Wednesday, half in the form of grants to cover some 750,000 airline staff wages. Those receiving funds cannot lay off employees before Sept. 30 or change collective bargaining pacts. [L1N2BI0XW]

The bill has restrictions on stock buybacks, dividends and executive pay, and allows the government to take equity, warrants or other compensation as part of the rescue package.

The U.S. House of Representatives is expected to back the move on Friday. President Donald Trump has promised to sign it.

U.S. airlines, like others around the globe, have been reeling from the slide in passenger numbers.

United Airlines Holdings said capacity would drop 68% in April and Alaska Air Group cut its schedule by 70% in April and May. American Airlines suspended its dividend, drew down a $400 million credit line and secured an additional loan.

IATA, which estimates the pandemic will cost the global industry $252 billion in lost revenues this year, said it had written to 18 countries in the Asia-Pacific region, including India, Japan and South Korea for emergency support for carriers.

Malaysian budget airline AirAsia Group said it had suspended some of its international and domestic flights, while its India and Philippines units were suspending all flights for certain periods. 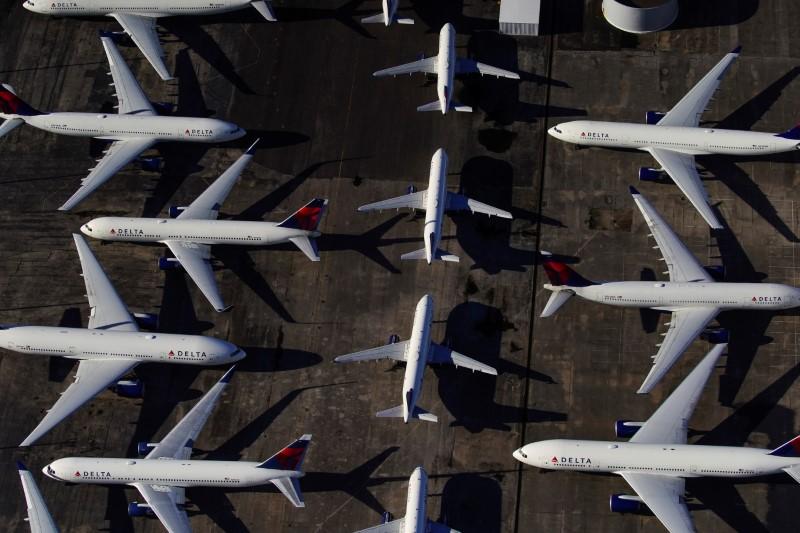 Australia and New Zealand have joined other governments in announcing some financial relief. But this has not stopped carriers from putting staff on leave and grounding planes.

Virgin Australia plans to permanently cut more than 1,000 jobs among the 8,000 staff that have already been stood down. Australia’s Flight Centre Travel Group said it would cut 6,000 travel agent roles globally.

In a move unthinkable under normal conditions, Australia’s competition regulator said it would allow Virgin, Qantas Airways and Regional Express to coordinate flight schedules and share revenue on 10 regional routes.

“We hope that this temporary measure will also support airlines’ ability to again compete with each other on these routes once the pandemic crisis has passed,” Australian Competition and Consumer Commission Chairman Rod Sims said.