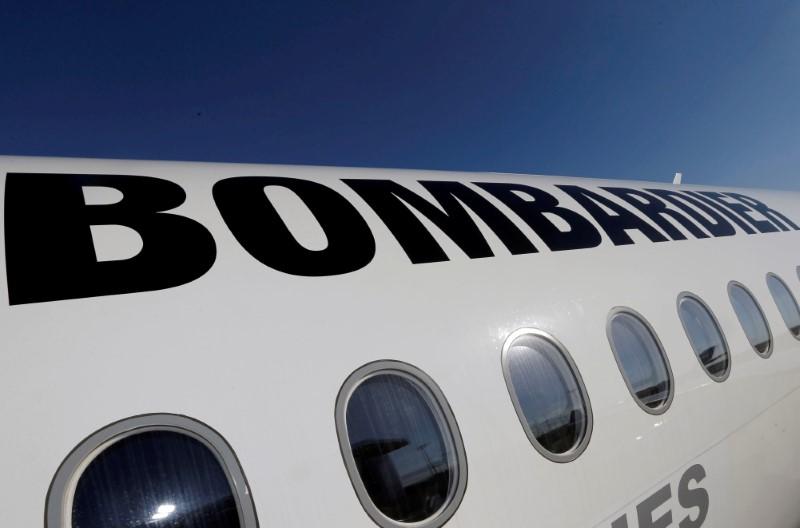 MONTREAL/WASHINGTON (Reuters) – An independent U.S. trade body on Wednesday said it rejected hefty U.S. duties on Bombardier’s CSeries jets partly because Boeing lost no sales or revenue when Delta Air Lines ordered the aircraft in 2016 from the Canadian planemaker.

The International Trade Commission published its reasoning three weeks after announcing the decision.

The ITC said the 110-seat CSeries jets ordered by Delta (DAL.N) and Boeing Co’s (BA.N) smallest 737 MAX 7 plane do not compete. It also said Bombardier Inc’s (BBDb.TO) CSeries sale to Delta did not come at Boeing’s expense as the planemaker did not offer any new aircraft to the No. 2 U.S. carrier.

“Boeing lost no sales or revenues,” the ITC said in its 194-page ruling.

“The higher standard seating capacity of the 737-700 and 737 MAX 7 limits competition between those models and the CS100 for some purchasers,” it said.

It was not yet clear whether Boeing will seek to appeal the ITC’s decision, a move that could generate uncertainty at a time when the U.S. planemaker’s European rival Airbus SE (AIR.PA) plans to take a majority stake in the CSeries program.

The ITC determined on Jan. 26 in a 4-0 vote that the CSeries did not harm Boeing and discarded a U.S. Commerce Department recommendation to slap a near 300 percent duty on sales of Bombardier 110-to-130-seat CSeries jets for five years.

Spokesmen for both Boeing and Bombardier said the companies are studying the ITC’s decision and did not have an immediate comment.

Former ITC chairman Dan Pearson said the cost to appeal the decision would be marginal compared with what Boeing has already spent.

“Boeing has put a whole lot of money into law firms for this case. They’ve got millions of dollars invested,” Pearson said by phone.

Boeing has the option of appealing the decision at the Court of International Trade in New York, or a trade dispute settlement panel under the North American Free Trade Agreement (NAFTA).

However, in negotiations to modernize NAFTA, U.S. Trade Representative Robert Lighthizer has pushed to scrap NAFTA’s process to settle trade disputes, which he says is biased against the United States.

Pearson said he believed the commission’s decision will likely improve U.S.-Canadian trade relations, which have been complicated by disputes over tariffs on Canadian lumber and U.S. milk and President Donald Trump’s desire to renegotiate or even abandon NAFTA.

“It does help the bilateral relationship between Canada and the United States, and I hope both sides see it this way.”

In its complaint, Boeing had alleged it was forced to discount its 737 narrow-bodies to compete with Bombardier, which it said used government subsidies to dump the CSeries during the 2016 sale.

But the ITC said the CSeries is not likely to depress prices of U.S.-made jets and that Bombardier is unlikely to offer other prospective buyers the same discounts provided to Delta.

Reporting by Allison Lampert in Montreal and Lesley Wroughton in Washington; Additional reporting by Alana Wise in New York; Editing by Denny Thomas and Leslie Adler