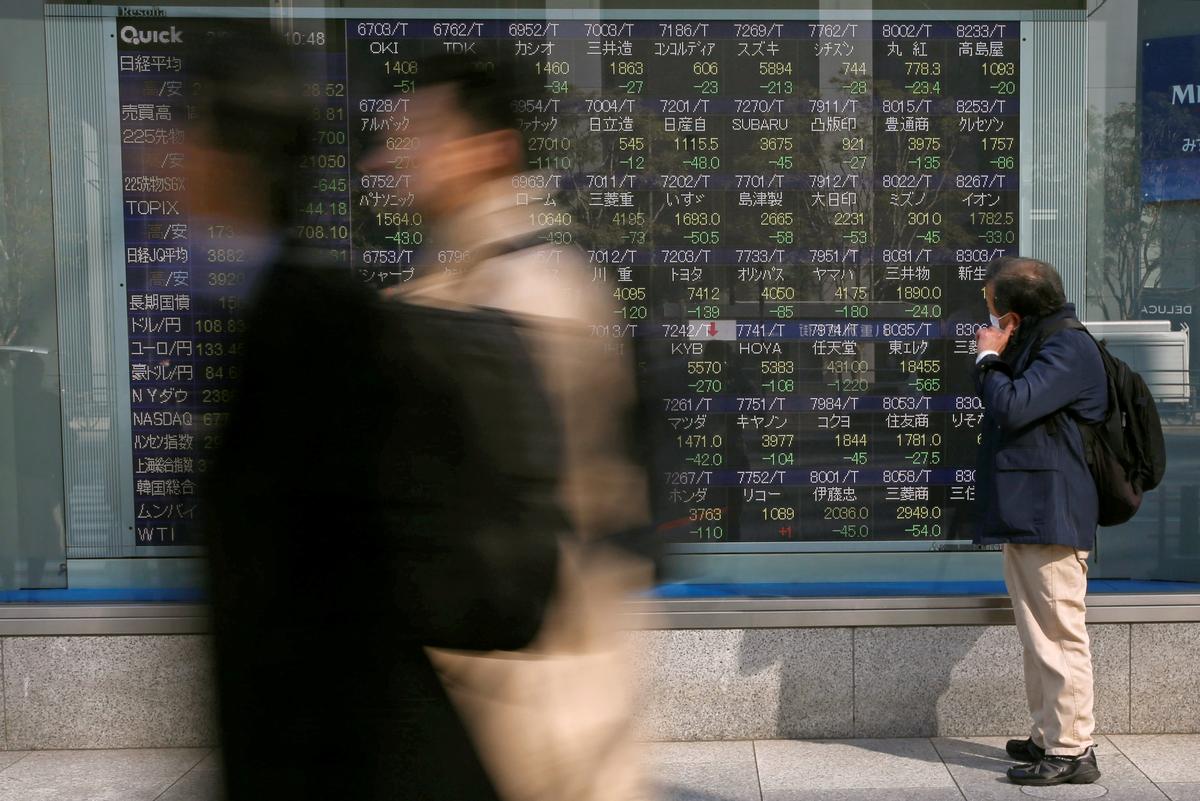 LONDON (Reuters) – The dollar slid to a 15-month low against the yen on Wednesday, while world stock markets found firmer ground ahead of U.S. inflation numbers that could soothe, or inflame, fears of faster interest-rate hikes globally.

European stock markets opened the day higher, with blue-chip indexes in London .FTSE, Paris .FCHI and Frankfurt .GDAXI up 0.6-0.9 percent on the day.

The VIX stocks volatility index fell to a one-week low at 22.81 .VIX.

But Asian shares were mixed and Japan’s benchmark Nikkei closed down 0.4 percent .N225 as the yen rose and with investor sentiment generally strained ahead of the U.S. January inflation report at 1330 GMT.

That data has taken on particular significance following recent strong wage growth data that prompted investors to ratchet up expectations for U.S. rate hikes this year and sparked a rout in world stock markets.

“This renewed focus on inflation, not only in the U.S. but more globally has raised concerns that central banks may well be behind the curve when it comes to assessing the outlook for the next few months,” said Michael Hewson, chief market analyst at CMC Markets UK.

Headline consumer price inflation is forecast to slow to an annual 1.9 percent and core inflation to 1.7 percent, an outcome that could help calm nerves.

Unease about the looming inflation data was perhaps greatest in currency markets, where the dollar slid to a 15-month low against the Japanese currency at around 106.82 yen JPY=.

The dollar, measured against a basket of currencies .DXY, dipped to a one-week low and was last down 0.1 percent at 85.62.

The dollar index has now given up two-thirds of the gains it notched up this month when investors rushed into the greenback as equity markets suffered a violent sell-off.

“My read is the dollar has not benefited in line with previous corrections of this magnitude. The dollar move also reflects the fact this has not yet become a correction where markets and investors are worried about the macro backdrop,” said Kamakshya Trivedi co-head of global FX and EM strategy at Goldman Sachs. “(Today‘s) CPI will be key to see if the correction extends further or if we are near the end of it.”

The return of volatility in world stock markets has left its scars on investors.

Funds were rotating into cash and out of equities, reducing their stock allocation to a net 43 percent overweight, from 55 percent, the largest one-month decline in two years.

Analysts also said investors were becoming nervous about the prospect of swelling U.S. budget and trade deficits given the passage of huge tax cuts and spending plans.

Europe’s single currency firmed 0.2 percent against the dollar to $1.2370 EUR=, with strong German economic numbers for the fourth quarter of 2017 underlining the strength of the euro zone economy.

Growth was 0.6 percent on the quarter between October and December, according to official data released on Wednesday- in line with the consensus forecast.

The drop in the dollar meanwhile gave a fillip to commodities, with copper firm after jumping 2.7 percent overnight CMCU3.

Oil prices dipped, squeezed by lingering oversupply including rising U.S. inventories and ample physical flows, though the prospect of Saudi output dropping in March, economic growth hopes and a weaker dollar all combined to cap losses.

Reporting by Dhara Ranasinghe; Additional reporting by Wayne Cole in SYDNEY and Tommy Wilkes and Sujata Rao in LONDON; Editing by Alison Williams