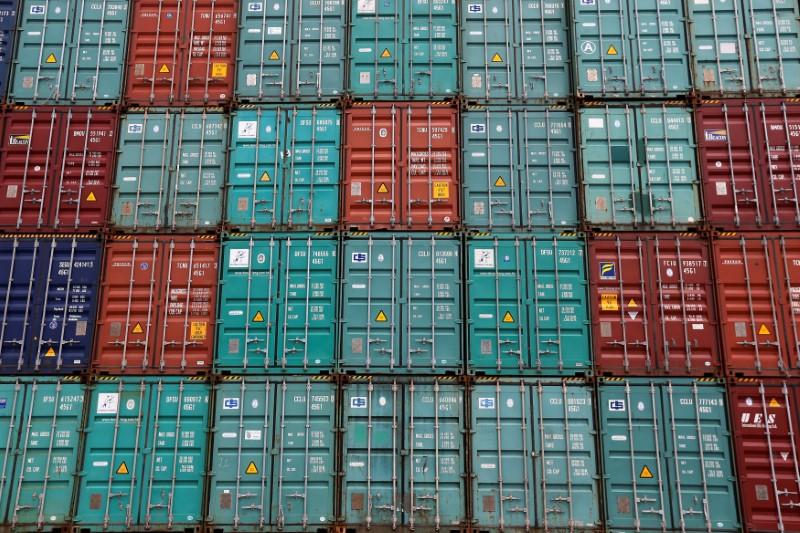 WASHINGTON (Reuters) – U.S. import prices rose more than expected in February as the largest increase in the cost of capital goods since 2008 offset a drop in petroleum prices, bolstering views that inflation will pick up this year.

FILE PHOTO – A stack of shipping containers are pictured in the Port of Miami in Miami, Florida, U.S., May 19, 2016. REUTERS/Carlo Allegri/File Photo

Last month, prices for imported capital goods jumped 0.6 percent. That was the biggest increase since April 2008 and followed an unchanged reading in January.

Prices of imported consumer goods excluding automobiles rose 0.5 percent, the largest gain since January 2014, after edging up 0.1 percent in the prior month. These price increases likely reflected the dollar’s depreciation against the currencies of the United States’ main trading partners.

The price of goods imported from China rose 0.2 percent. Prices for imports from China increased 0.3 percent in the 12 months through February, the biggest advance since June 2014.